Do Americans believe in the American Dream? The short answer: most do, some don’t. The slightly longer answer: different classes and groups hold divergent views on the question of whether hard work can get you ahead or whether success lies beyond the control of the individual. 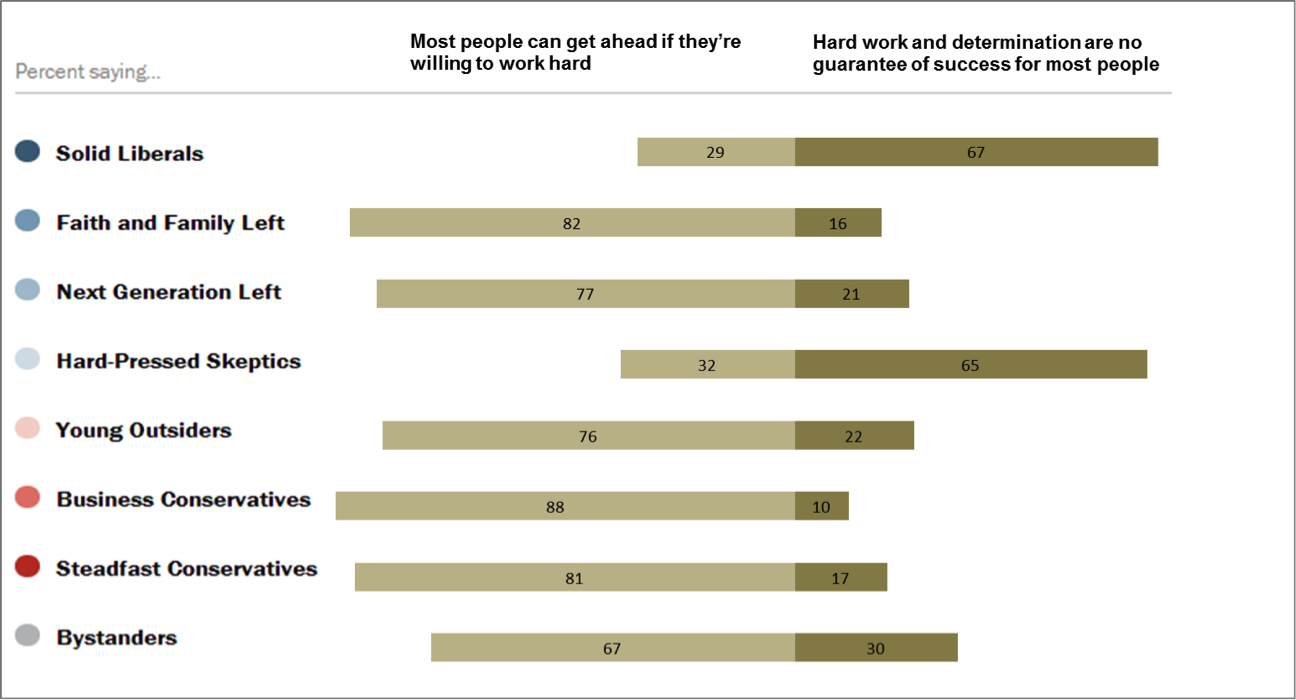 Who are “Solid Liberals” and “Hard-Pressed Skeptics”?

The Pew report separates Americans into 8 categories by political ideology, ranging from Solid Liberals to Steadfast Conservatives. Solid Liberals are almost exactly how they sound – individuals who consistently vote Democrat and hold liberal views on most policy issues. This group has the highest proportion of college graduates and some of the highest incomes (though not as high as Business Conservatives). They strongly support the social safety net, environmental regulation, abortion rights, and affirmative action. At first glance, Hard-Pressed Skeptics look very different. They have the lowest family incomes of all the groups and the second highest proportion of members with a high school degree or less. Pew describes this group as “cynical” and “dissatisfied” – they are the group mostly likely to say that the country cannot solve its most important problems. Unlike Solid Liberals, skeptics are split on social issues, such as abortion or gay marriage.

So what’s the truth? As we’ve documented many times on this blog, the circumstances into which Americans are born strongly impact on their chances in life.

From their different ends of the class spectrum, solid liberals and hard-pressed skeptics have spotted that the American Dream is in poor shape. And without the Dream, something of America itself is lost.