The Copenhagen Accord in 2009 was the first time that the financial implications of reducing carbon emissions globally were outlined. While the accord was not legally binding, delegates from all attending countries agreed to “take note” of the accord, and developed countries agreed to mobilize $100 billion per year by 2020 to fight climate change, among other pledges. 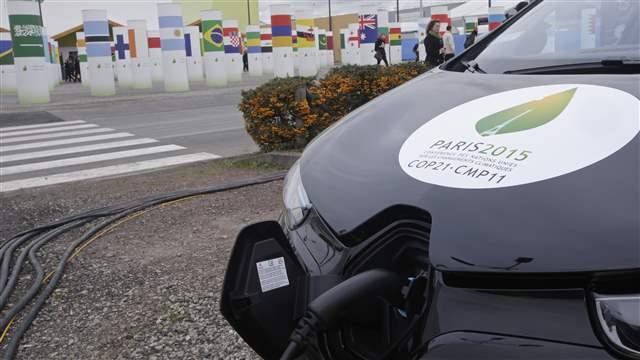 An electric car is plugged in outside the COP21 during the opening day of the World Climate Change Conference 2015 at Le Bourget, near Paris, France (REUTERS/Jacky Naegelen).

In his new brief, Senior Fellow Homi Kharas, deputy director of Global Economy and Development at Brookings, discusses nations’ efforts to put $100 billion per year toward climate change by 2020 and explains why existing climate finance may not be as robust as it looks.


Kharas points out that these pledges may not be being utilized in the most effective ways and towards the nations that need it the most, saying that “most private finance from climate is currently oriented toward upper-middle-income countries.” The distribution of climate finance among developing countries is a particularly prickly issue—largely because these are the countries most vulnerable to climate change and they would receive “less than they deserve.”

Discussions in Paris should establish clear goals and targets for climate-related finance, starting from now, moving through the current 2020 benchmark, and forward to 2030 or beyond. Such targets will need to be monitored through agreed-upon mechanisms and methodologies.

Kharas believes that the Paris discussions can address these gaps through three tasks: They should provide “clarity on the definition of climate-related financing,” establish clear goals and targets for climate finance, and establish principles for the allocation of different types of climate finance, especially for aid.

, and why existing climate finance may not be as robust as it looks, despite reason for cautious optimism.