The spectacular escape of the world’s most notorious drug trafficker—Joaquín Guzmán Loera, known as El Chapo—from a Mexican high-security prison is a massive embarrassment for the government of President Enrique Peña Nieto. But that is not the most important issue here. Nor is it that it’s a reminder of the deep structural deficiencies of Mexico’s law enforcement and rule-of-law system. Nor is it that the escape is likely to increase tensions in the U.S.-Mexico security relationship. It is a reminder that even on the U.S. border, the influence of subnational actors such as transnational criminal organizations remains a persistent challenge for governments.

In fact, the most important issue is whether the Mexican government will seize this embarrassing crisis and start seriously focusing on crime, public safety, and the rule of law. Instead, the Peña Nieto administration could spend its remaining three years in office continuing to shove security issues under the rug and merely minimize damage after crises occur, while its security policy is in a morass. 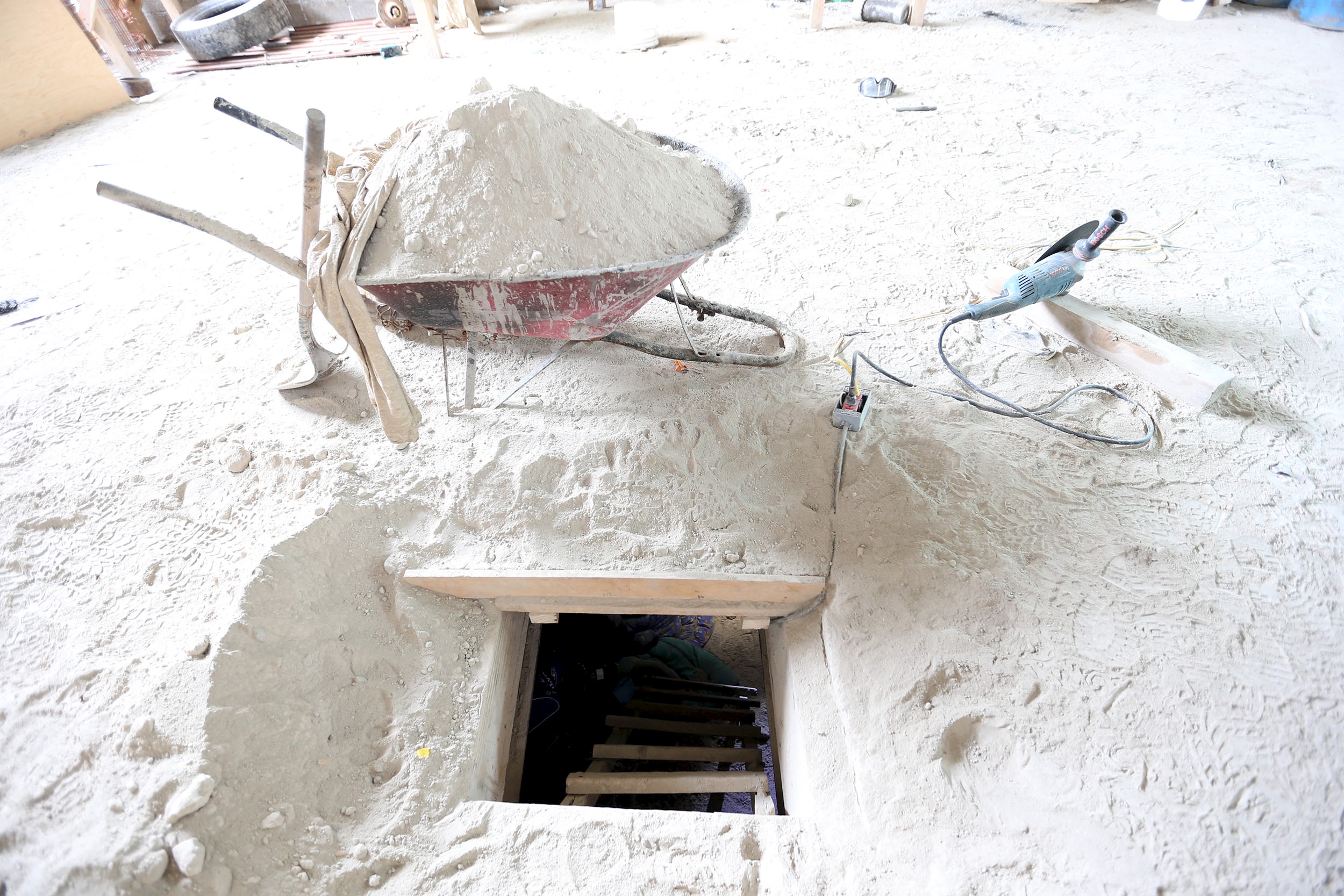 The entrance of a tunnel connected to the Altiplano Federal Penitentiary and used by El Chapo to escape, is seen in Almoloya de Juarez, on the outskirts of Mexico City

Egg to the face

The Peña Nieto administration often pointed to the February 2014 capture of Chapo as the symbol of its effectiveness in fighting drug cartels and violent criminal groups in Mexico. After all, Guzmán—on the run since his first prison break in 2001—repeatedly eluded capture throughout the previous administration of Felipe Calderón.

The Peña Nieto administration’s highlighting of Chapo’s capture was ironic and revealing. The new government came into office criticizing Calderón’s anti-crime policy of killing or capturing top capos to decapitate their cartels. Despite the limitations and outright counterproductive effects of that strategy—and despite promises to change it—the Peña Nieto administration fell right back into it. In fact, such high-value-targeting has been at the core of its anti-crime policy.

Losing the world’s most famous drug trafficker is an egg in the face for the Peña Nieto administration—particularly after it assured everyone that he would never escape again. At the time of his capture, President Peña Nieto told the Univision network that he would be asking his interior minister every day if the prisoner was well guarded. Then Mexico’s attorney general, Jesús Murillo Karam, boasted that the possibility of another escape by Chapo “does not exist.”

But Chapo did escape, using the same methods that he pioneered for smuggling drugs to the United States and through which he had evaded law enforcement capture many times before: an elaborate tunnel. Unlike in Shawshank Redemption, he did not dig the tunnel himself—rather, his network of employees and supporters executed the feat. That prison authorities of Mexico’s most secure prison, the Altiplano, did not anticipate a tunnel escape, given Chapo’s history, at best shows the laxity and at worst suggests complicity. Neither would be surprising in Mexico. 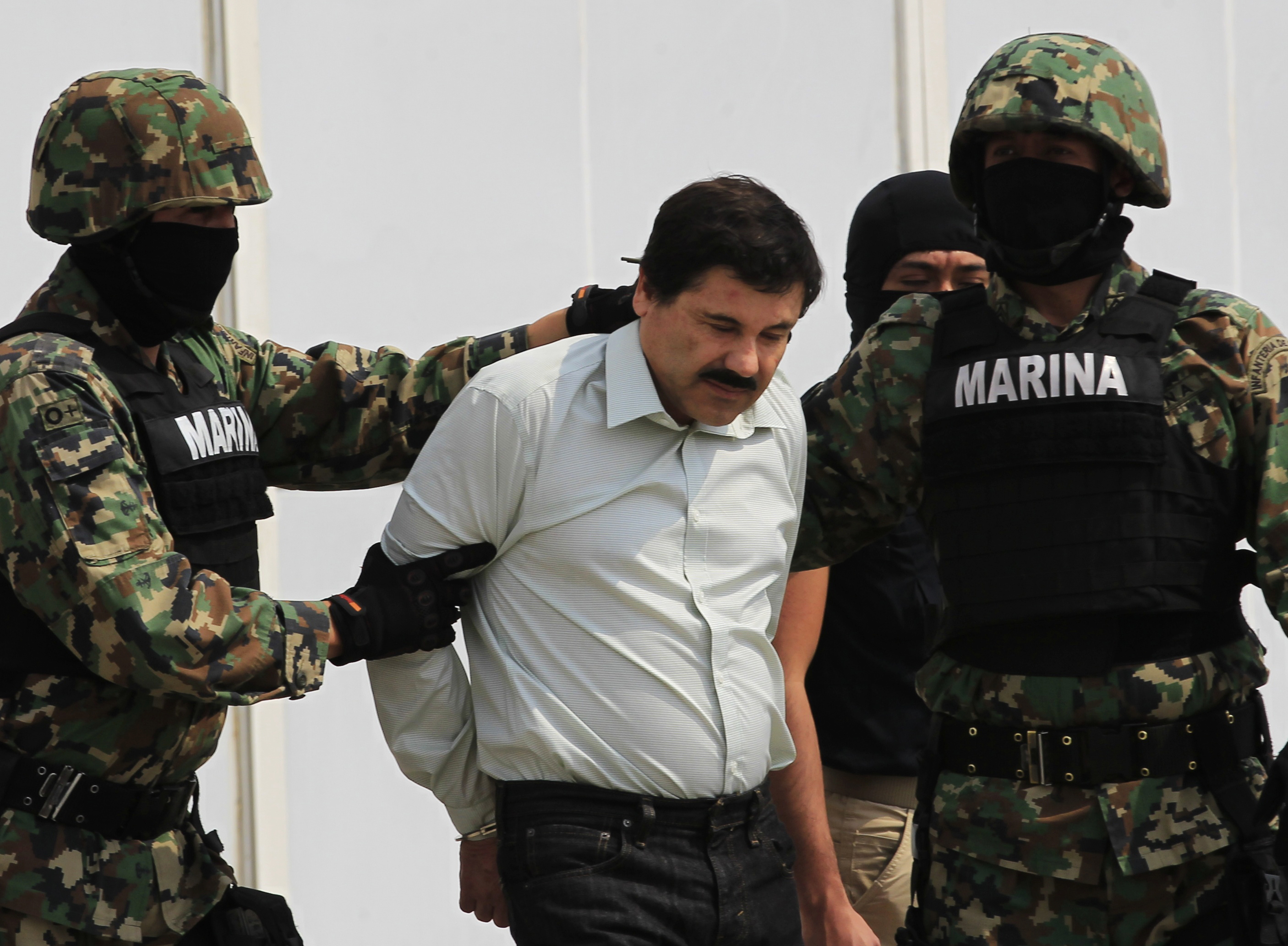 Mexican authorities arrested El Chapo on February 22, 2014 at a hotel in a beachfront area in Mazatlán.

Even if Guzmán is recaptured soon, the break boosted his larger-than-life popular persona. Indeed, he is today the most successful of Mexico’s drug traffickers—both because of his track record at eluding law enforcement and because he put in place a drug empire that survived his capture and previous decade on the lam. Unlike his fellow criminal bosses, he had the foresight to put in place effective succession systems in order to institutionalize his illegal enterprise. And after a decade of carnage that gave rise to new drug trafficking groups and saw their demise—Los Zetas, La Familia Michoacana, Los Templarios—Chapo’s Sinaloa cartel remains the victor, the largest, most powerful, and widespread of Mexico’s drug trafficking groups (and also the most powerful drug cartel in the United States).

The public U.S. reaction to the news of Chapo’s escape has been restrained, but privately many a U.S. law enforcement official must be fuming. The key to Chapo’s capture was U.S. intelligence painstakingly developed for years. At the time of Chapo’s arrest, the United States let the new Mexican government take the accolades for the success and did not insist on his extradition. Instead, they used the moment to reinvigorate U.S.-Mexico security cooperation, which was disrupted when Peña Nieto assumed office.

Regardless of whether or how fast the Mexican authorities recapture Chapo, the most important question is whether the Peña Nieto administration will be awakened by his escape and in the remaining three years will get serious about and innovative in its anti-crime policies. Its energy and focus have been on important political and economic reforms, but despite its election rhetoric, crime and security issues are of little interest to the federal government. The effort to build a gendarmerie diverted attention from persevering on police reform.

Although the rise of anti-crime self-defense forces in Michoacán and Guerrero ultimately captured attention of the highest Mexican officials, many of the policies proposed to mitigate the problem have been implemented inadequately, and in Guerrero often not at all. The socioeconomic anti-crime programs of the so-called polígonos effort remain amorphous, ill-defined, underfunded, and poorly monitored.

The ball of public safety has been dropped in previous hotspots where a cartel—often Sinaloa—won, such as Ciudad Juárez, Tijuana, and Monterrey, even though the peace is often still mostly at the discretion of the narcos. Moreover, a series of security and justice crises—the massacre of crime suspects at Tlatlaya; the disappearance and likely murder of 43 students in Iguala; and the so-called White House scandal involving the Mexican president, his wife, and real estate—eviscerated any remaining credibility that the government had on public safety and rule of law issues.

In the June mid-term elections, Mexican voters rewarded the Mexican government for its apathy towards security issues. Or more precisely, the Mexican government and the ruling Institutional Revolutionary Party (PRI) have been able to outmaneuver the disillusionment and apathy of Mexican voters by aligning with local, seemingly anti-establishment parties, but which the PRI has in reality dominated. The elections outcome might have reinforced a sense in Los Piños (the seat of the Mexican president) that the party can coast on its existing anti-crime policies for the rest of its tenure. Hopefully, the Chapo’s escape will make it realize that it should not.