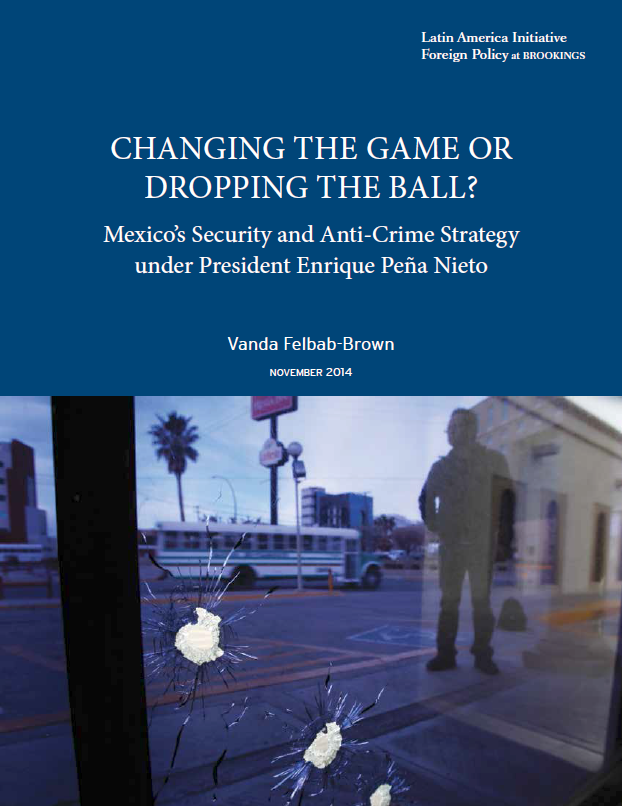 While Mexico’s President Enrique Peña Nieto has scored important reform successes in the economic sphere, his administration’s security and law enforcement policies targeting organized crime remain incomplete and ill-defined. Preoccupied with the fighting among vicious drug trafficking groups and the rise of anti-crime vigilante militias in the center of Mexico, the Peña Nieto administration has, for the most part, averted its eyes from the previously highly violent criminal hotspots in the north, where major law enforcement challenges remain.

The Peña Nieto administration thus mostly continues to put out immediate security fires—such as in Michoacán and Tamaulipas—but the overall deterrence capacity of Mexico’s military and law enforcement forces and justice sector continue to be very limited and largely unable to deter violence escalation and reescalation.

Making the reduction of drug-related violence the country’s most important policy priority was the right decision. But despite the capture of Mexico’s most notorious drug trafficker, Joaquín “El Chapo” Guzmán, much of the security policy reform momentum present at the outset of Peña Nieto’s six-year term has prematurely dissipated.

Overall, the Mexican government must develop a comprehensive law enforcement strategy beyond high-value targeting, sharpen its anti-crime socio-economic policies and better integrate them with policing. This involves:

Repackaging Pandora: How Russia’s information apparatus is handling a massive leak of data on offshore finance

The wicked problem of drug trafficking in the Western Hemisphere

What leaders overseas will want to ask of the Biden administration