Hamza bin Laden, the 24-year-old son of Osama bin Laden, has released his first audio message for al-Qaida which lays out the terrorist group’s ideology and strategy. Ayman al-Zawahiri, the Egyptian emir of al-Qaida, introduces the young bin Laden in a clear effort to underscore his legitimacy as the heir to Osama bin Laden. 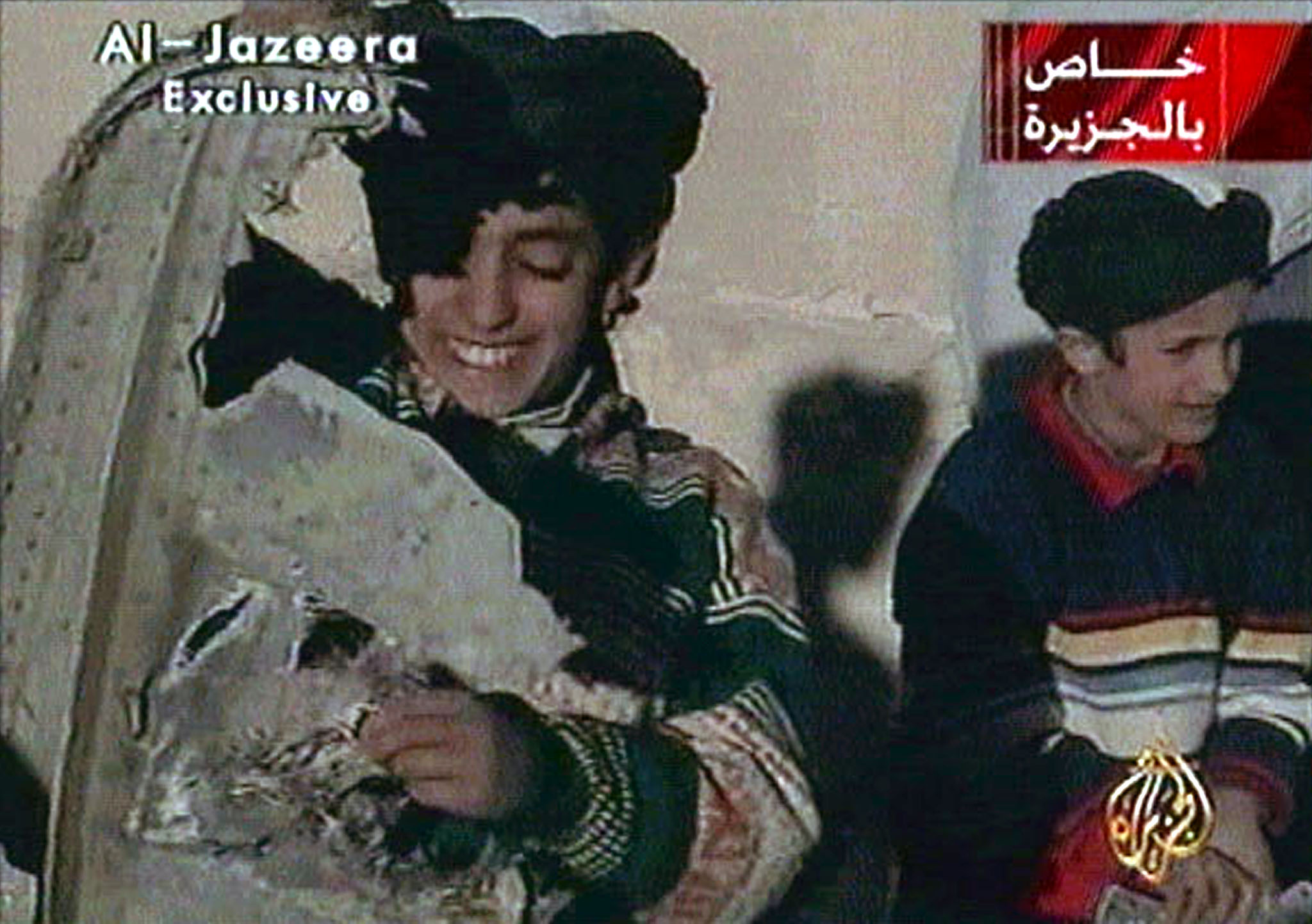 The audio was recorded last May but only released this month by al-Qaida’s media arm As-Sahab. Al-Zawahiri introduces Hamza as the son of the “lion” of jihad; in turn, Hamza pledges his loyalty to al-Zawahiri as the emir of al-Qaida. Hamza also pledged loyalty to the Afghan Taliban leader Mullah Mohammad Omar, whose death was announced this August.

Hamza hails al-Qaida’s various franchises in Afghanistan, Yemen, Syria, the Maghreb, Somalia, and India. He also praises al-Qaida’s missing prisoners including Khalid Sheikh Mohammed, the 9/11 mastermind, in Guantanamo and Umar Farouk Abdulmutallab, who tried to blow up an airliner on Christmas 2009 in Detroit.

Islam is under attack by the Crusaders, Hamza argues. He describes the Crusader enemy as an evil bird. The head of the bird is America; the wings are Israel and NATO; and the body is the ‘apostate’ leaders of the Muslim states who serve the Crusaders like the Saudis. Al-Qaida’s goal is to destroy the bird’s head—America—which will kill the bird. He urges Muslim believers to attack American and Jewish targets around the world especially in Washington, London, Paris, and Tel Aviv.

The ultimate goal is to destroy Israel and ‘free’ the Al-Aqsa mosque in Jerusalem, which is under threat of destruction by Israel. The Palestinians deserve the support of all Muslims but they have been betrayed by the Arab leaders.

Hamza tells al-Qaida’s faithful that more than a decade of war in Iraq and Afghanistan has already weakened American morale and strength. He notes American opinion has turned against both wars; he alleges America now can only fight by proxy wars because it is too weak and too demoralized to fight major land wars.

The young bin Laden praises so called lone wolf attacks inside America and calls for more such attacks like the Boston marathon bombing and the Fort Hood massacre. He praises the perpetrators of those attacks as heroes of the jihad.

The young bin Laden is an attractive spokesman for al-Qaida. He was with his father in Afghanistan before 9/11 and with him in Pakistan after 9/11, at least part of the time. He carries the legacy of his father’s name and life’s work.

Hamza and al-Zawahiri never mention the Islamic State or its self-proclaimed Caliph Ibrahim. There are veiled illusions to strife within the global jihad movement, especially in Syria, where al-Qaida’s franchise the Nusra Front competes with the Islamic State. Hamza urges cooperation against the Crusaders.

Hamza provides a new face for al-Qaida, one that directly connects to the group’s founder. He is an articulate and dangerous enemy.

The foreign policies of the Sinaloa Cartel and CJNG – Part III: Africa