This post discusses my monthly update of the Barnichon-Nekarda model.  For an introduction to the basic concepts used in this post, read my introductory post (full details are available here.)

In August, the unemployment rate dropped 0.2 percentage points to 5.11 percent (rounded to 5.1 at the one digit level), which was very close to what the model anticipated (5.15 percent, but rounded to 5.2 percent). Consequently, the contour of the forecast remains unchanged, and the model expects unemployment to decline slowly but steadily over the coming months, with unemployment reaching 4.6 percent by the end of the year. 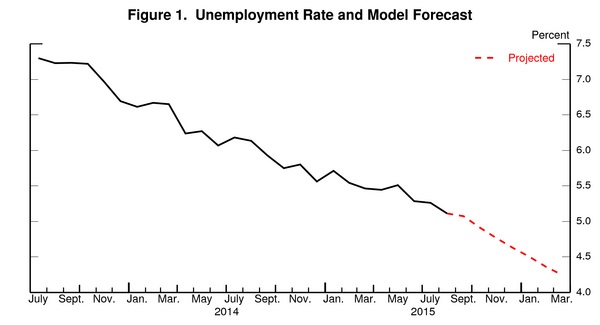 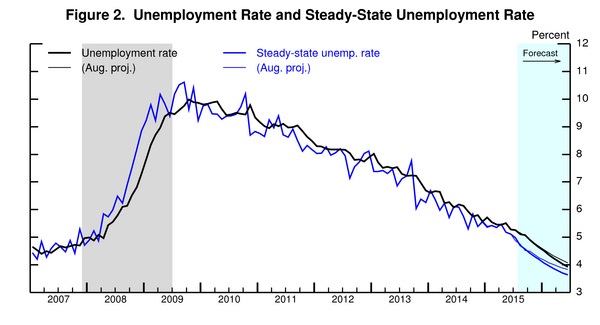 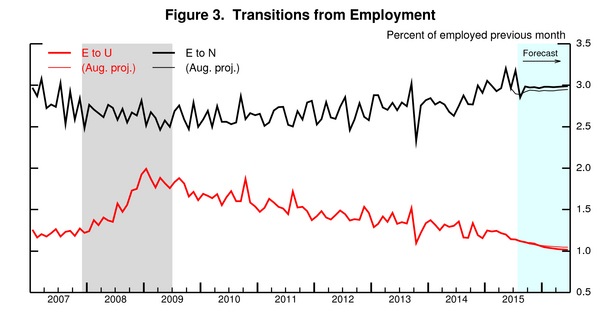 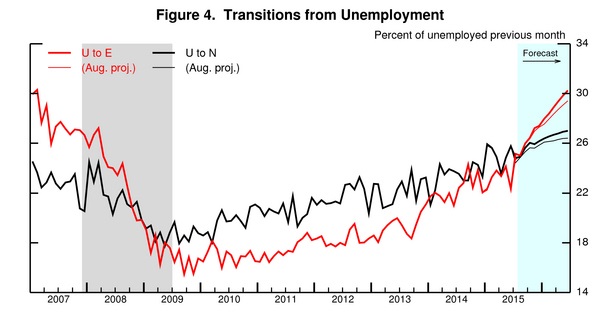