In October, the unemployment rate declined to 5.8%, 0.1% lower than I expected. The difference owes to a stronger than expected increase in workers’ job finding rate (layoffs). The faster than expected decline in unemployment over the fall led our model into revising its outlook. After having (inaccurately) anticipated a stable unemployment rate during the fall (much like most professional forecasters), the model now expects to unemployment to remain steady at 5.8% in November and then decline progressively to reach 5.4% by June 2015. 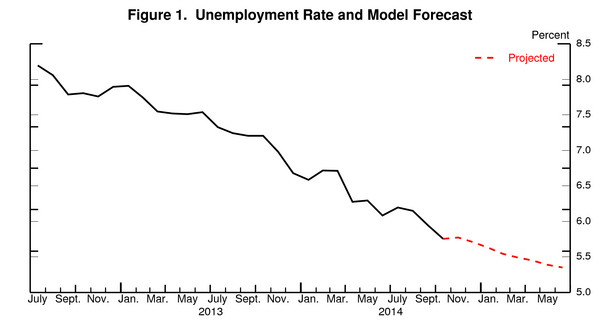 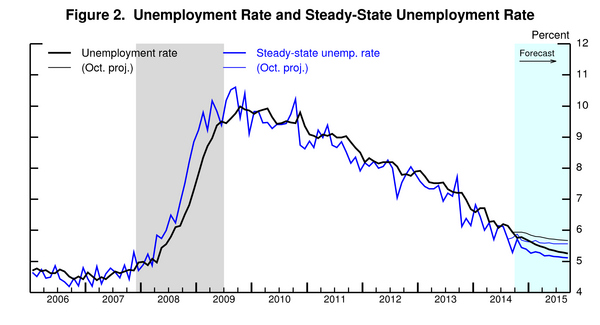 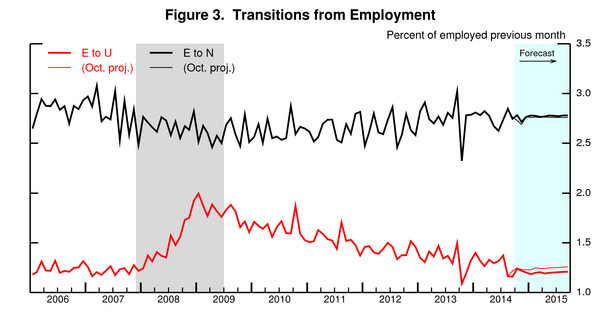 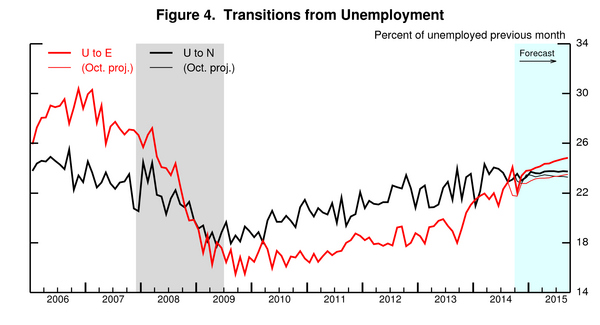