In January, the unemployment rate declined to 6.6%, 0.1% lower than I expected. The difference is due to slightly stronger than expected growth in workers’ job finding rates. Going forward, this small positive surprise has little impact, and the contour of my forecast is little changed compared to last month: unemployment will decline slowly (that is, much slower than recently) over the next six months, with an unemployment rate at 6.3% by September 2014. The Fed’s threshold for pulling back quantitative easing of 6.5% should be reached by March. 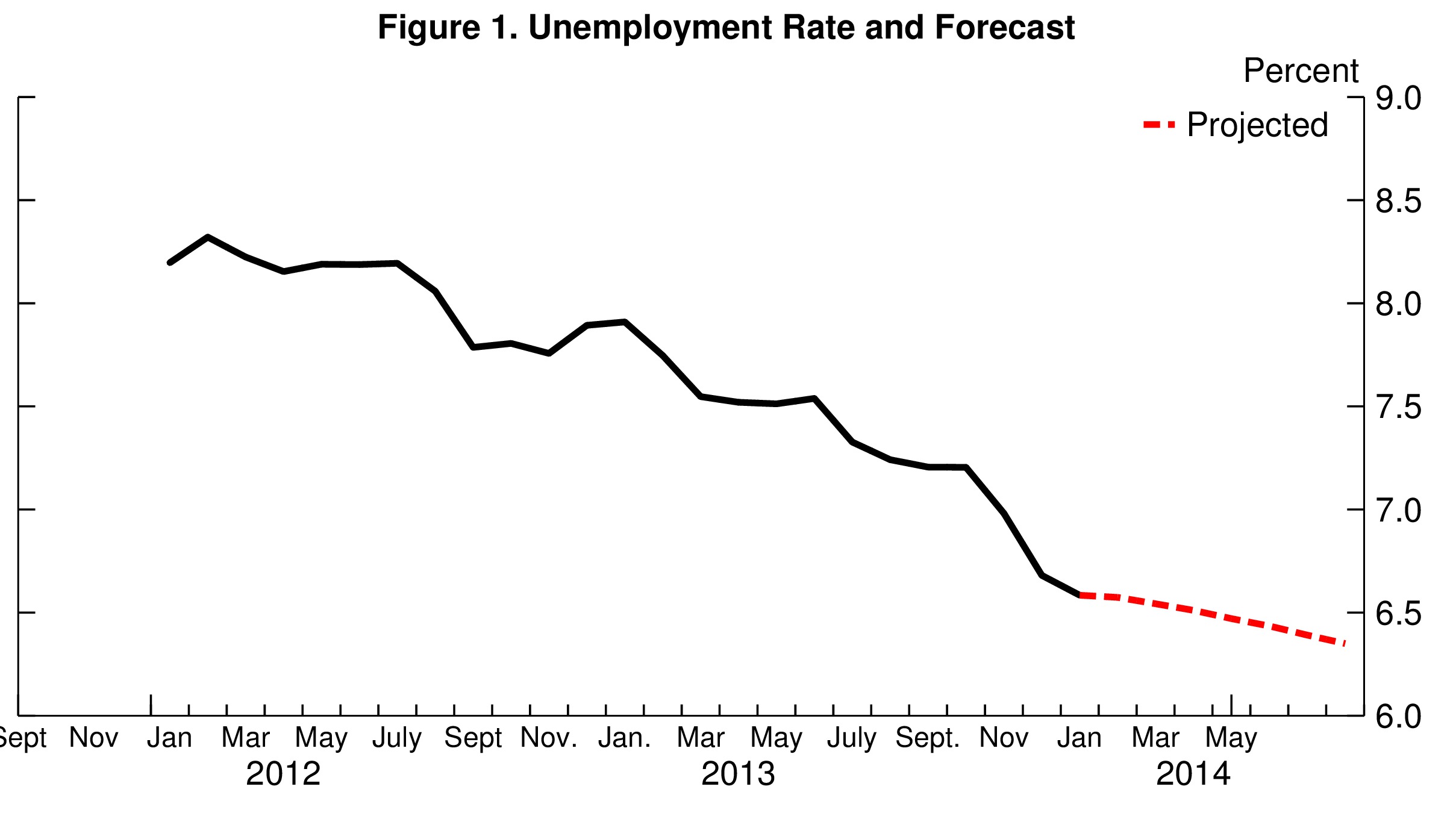 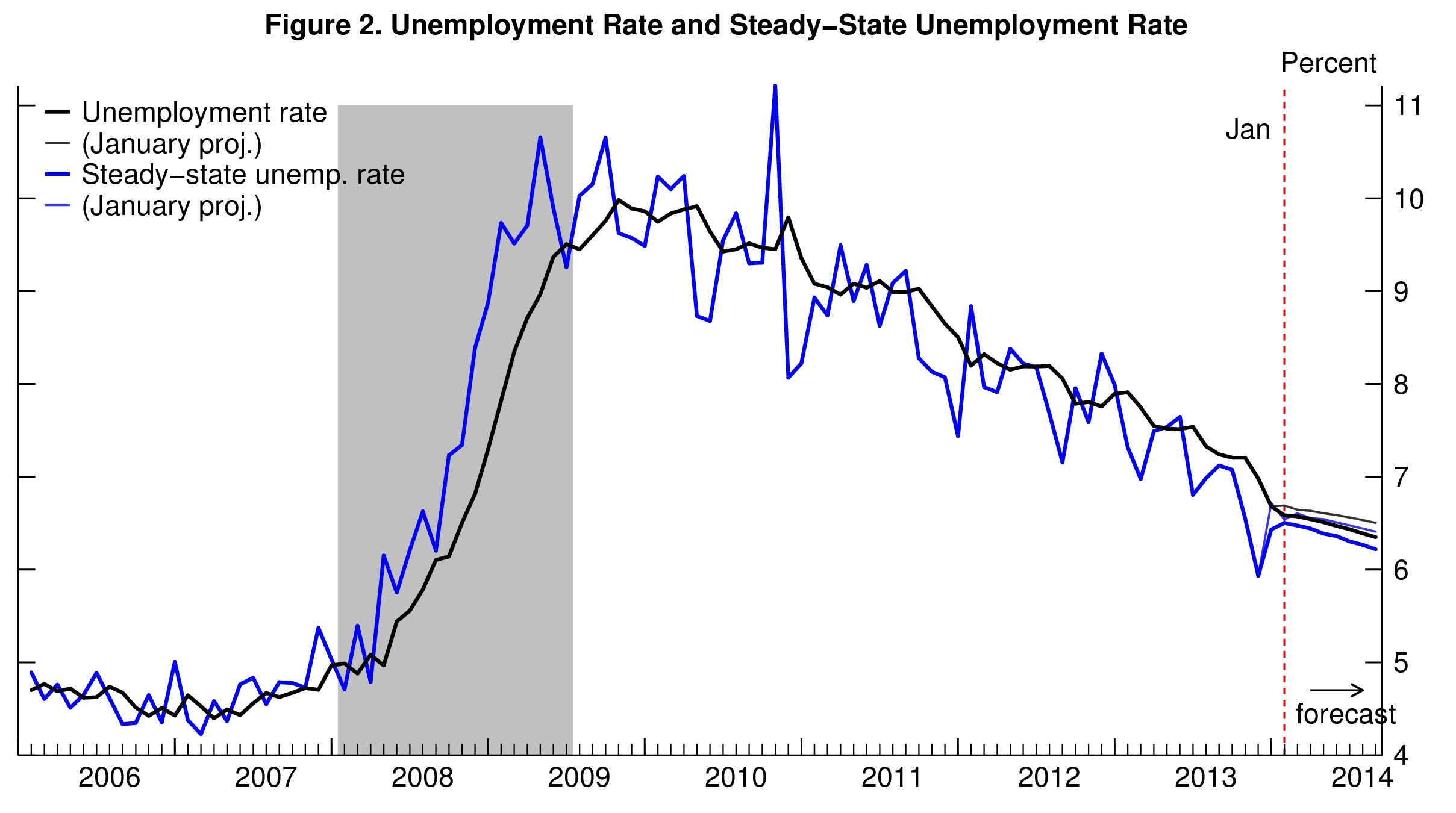 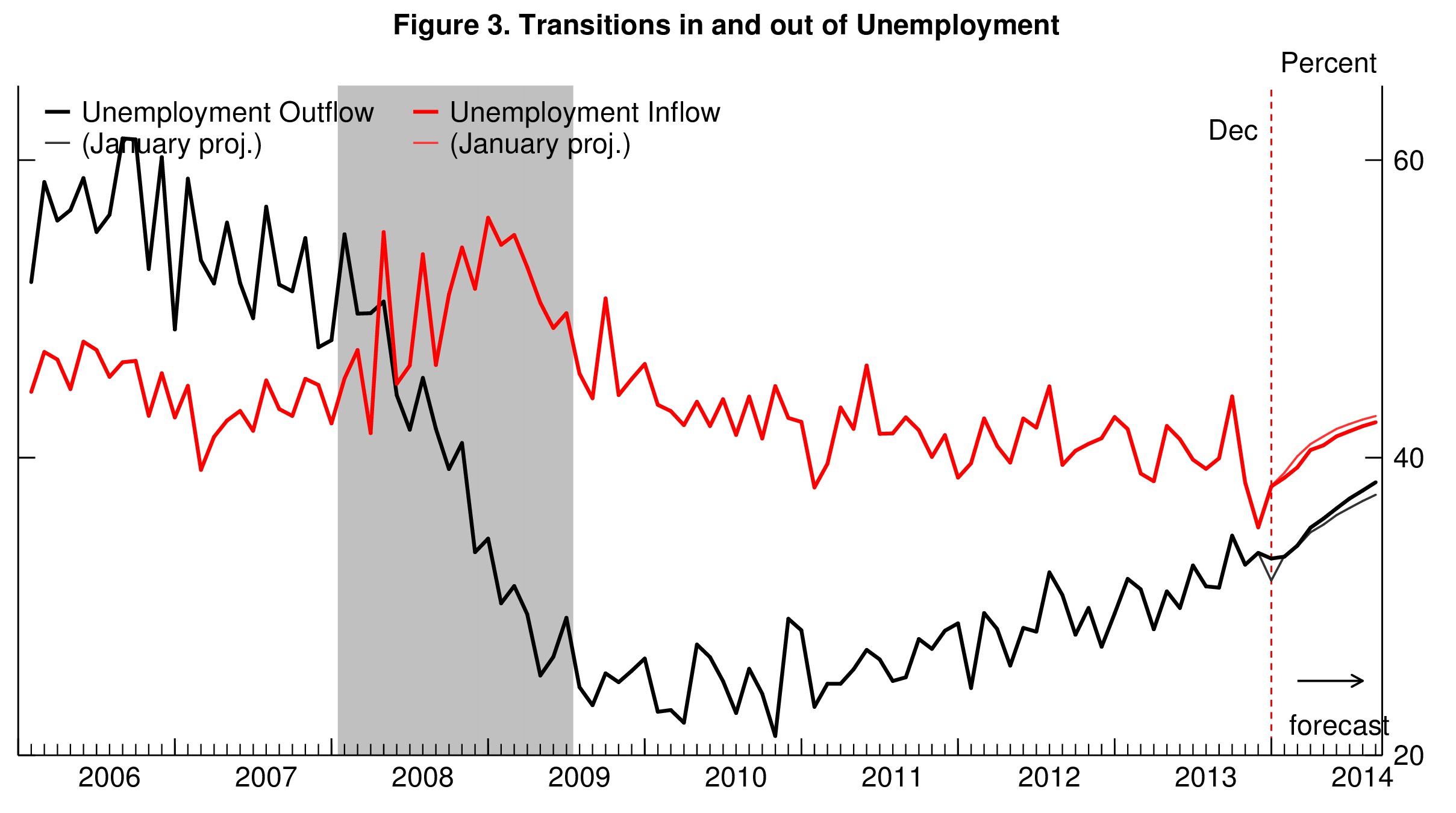