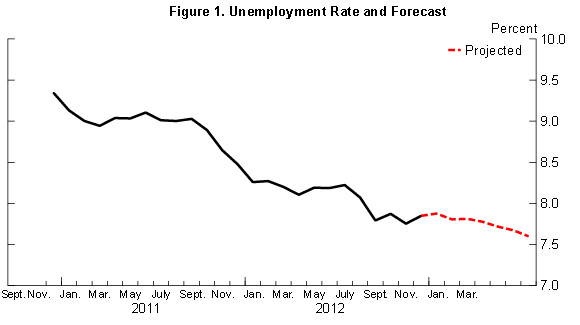 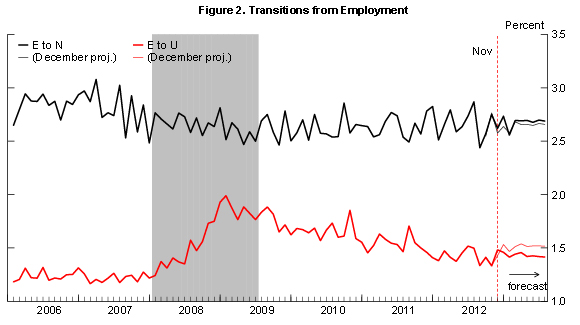 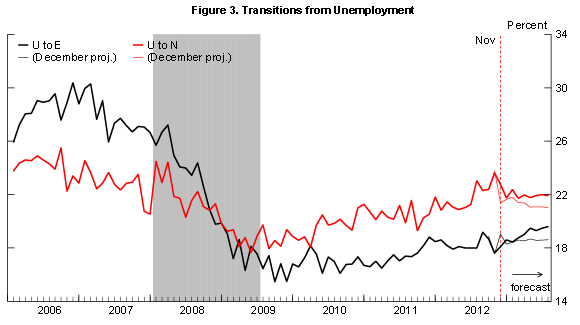 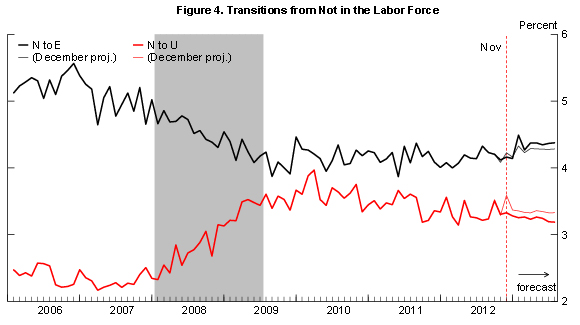 More precisely, the model propagates forward its best estimate for how the flows between employment, unemployment and out-of-the labor force will evolve over time, and constructs the implications for the unemployment rate. In December, job openings have increased, and new claims for unemployment insurance reverted their large November spike (again, likely related to Sandy). Consequently, the model now projects sizable improvements in workers’ job finding rates (figure 3) over the next 6 months, and the outlook for the job separation rate (or layoffs) is considerably less bleak than in November (figure 2). As a result, the steady-state unemployment rate is now projected to decline to 7.3% by June 2013, bringing the unemployment rate down with it. 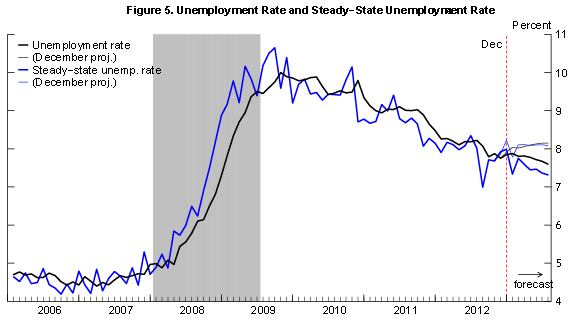