Both of my grandfathers ran their own businesses well before the start of World War II. Both were successful and both firms are still ticking over nicely today. I sometimes let my own mind wander toward starting a business—a bar in Mexico, anybody? When I go to countries or spend time number-crunching, I like to consider how easy it would be to open a business there. The numbers suggest that opening one in Bosnia and Herzegovina (BiH) would be challenging but steps are being taken to improve things.

Investors in BiH can expect their workers to be reasonably productive. The average Bosnian worker is about as productive (as measured by gross value added (GVA) per worker) as those in Romania, something that may come as a surprise to many Bosnians. Each worker had a GVA of €1,109 per month in 2013. This is much lower than the western European Union average of over €5,000 but compares well to €1,124 in Romania. BiH is a poorer country than Romania because so few people work, and the wealth workers produce needs to be shared by so many. Policies that make it easier to employ people would therefore boost investment and wealth in BiH.

Even though workers are fairly productive, the costs of employing them are high. Wages, taxes, and social security absorb two-thirds of the value an average worker produces. In the lowest-paying sectors, the minimum wage alone absorbs two-thirds of worker output. It may seem fair that workers get to take home the fruits of their labor but this has consequences.

After paying for employment costs, firms have little left to invest, grow the business, and generate new jobs. Investors have to consider a multitude of other costs like interest payments and informal payments to get basic business services like electricity. According to the United Nations Office on Drugs and Crime (UNODC), over one in 10 businesses in BiH reported having given a bribe in 2011 and a 2014 poll by Gallup found that 91 percent of people in BiH believe that corruption in government is widespread—the second-worst score in the world. Investors who do turn a profit, face a (low) company tax of 10 percent. Many investors will not be lucky enough to turn a profit. Even in the U.S., around half of new firms fold within five years and business can be even tougher in other parts of the world. The prospect of a little profit at some point in the future is important for countries wishing to encourage risky investment. 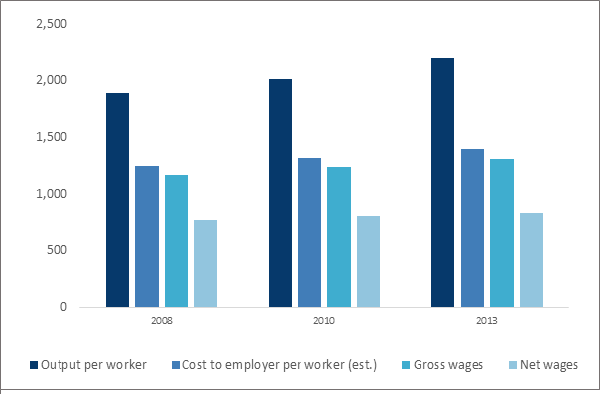 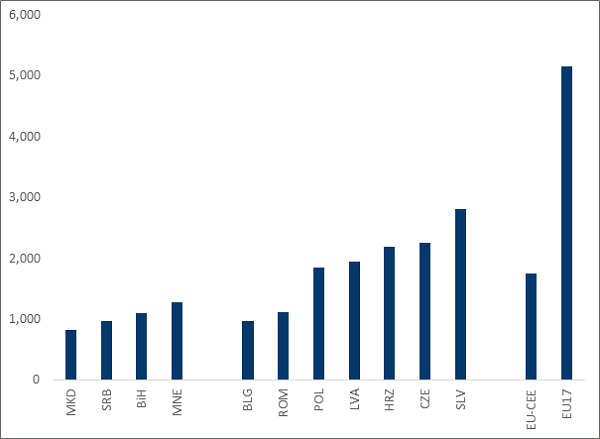 BiH has the worst business climate of all former Yugoslav republics, according to international rankings. It is particularly difficult to start a business in BiH. According to the 2016 Doing Business report, the country ranks among the worst in the world for dealing with construction permits (171st out of 189 countries), getting electricity (119th), and starting a business (175th). In addition to the high labor charges, BiH firms have to devote 420 hours per year to administer paying their taxes, more time than in any other southeast European country, and a heavy burden on small- and medium-sized enterprises, in particular.

Public officials can help by welcoming investment and understanding the risks entrepreneurs take. The numbers suggest turning any profit at all is tough for new investors. Reducing barriers to entry by easing the business environment and reducing employment costs would reduce the protection that some incumbent firms (notably, state-owned enterprises). But it could help generate investment and create sustainable, productive employment and a thriving economy.

All is not bad news. Some companies are doing well. You may have already sat on a seat in a sports stadium produced in BiH, or eaten some of the delicious cheese produced there. You may even have used an app on your iPhone or Android made by one of the talented young IT professionals in BiH. But these are successes that need to be amplified and become the norm rather than the exceptions.

These successes should be just the start; unleashing a genuinely successful private sector could work wonders in BiH. Opportunities in tourism, wine, light manufacturing, IT, agri-processing, and other areas all abound. Reducing labor costs and creating a more positive environment for domestic and international investors could boost economic growth and employment, taking BiH to a brighter future. Maybe I would invest in a country like that.