On June 20, I moderated a conversation on the future of the Department of Veterans Affairs with Secretary Robert McDonald. When he took office almost two years ago, Secretary McDonald inherited an organization in crisis: too many veterans faced shockingly long wait-times before they received care, VA officials had allegedly falsified records, and other allegations of mismanagement abounded. 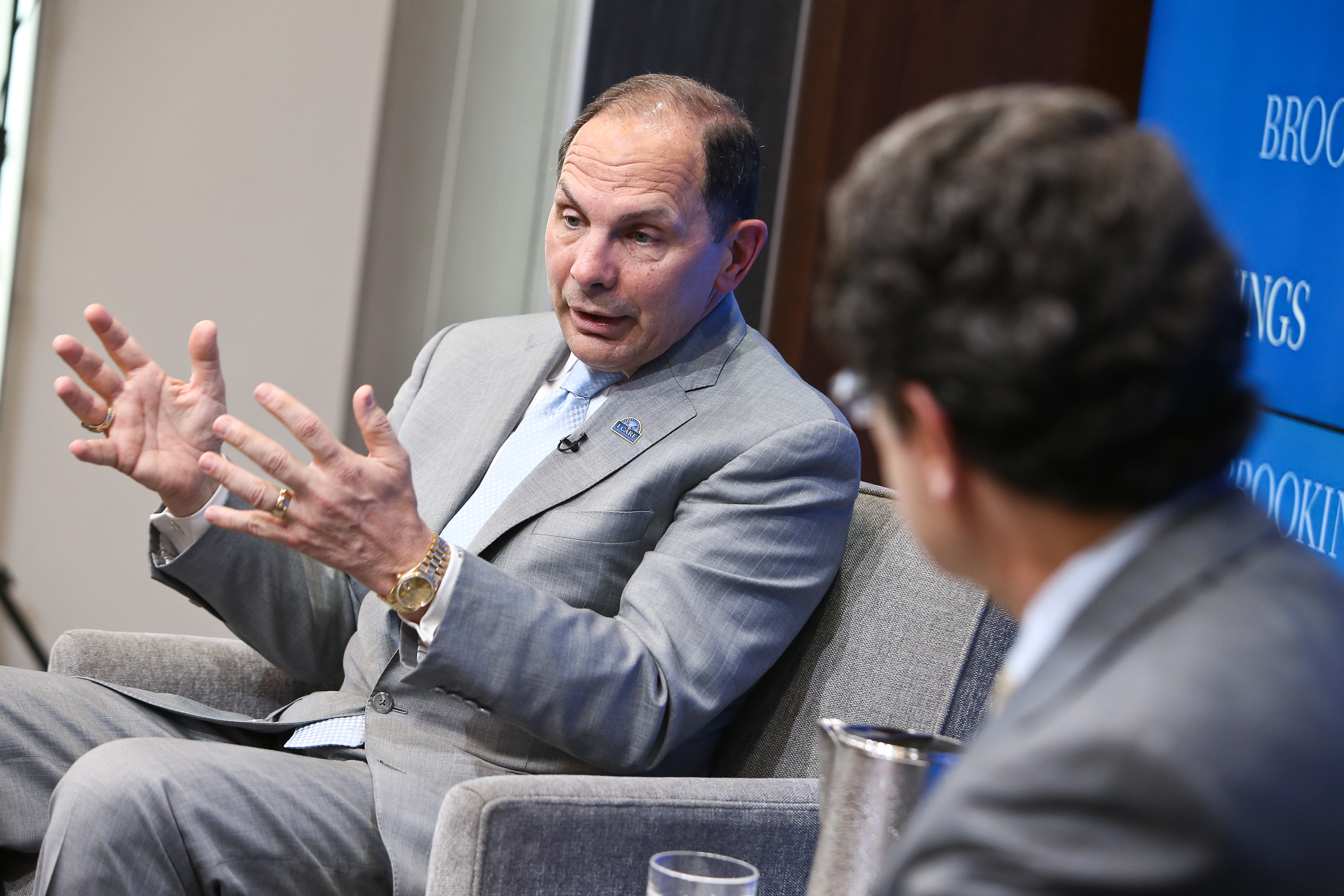 Since he was sworn into office, Secretary McDonald has led the VA through a period of ambitious reform, anchored by the MyVA program. He and his team have embraced three core strategies that are securing meaningful change. They are important insights for all government leaders, and private sector ones as well.

Secretary McDonald’s vision is for the VA to become the number one customer-service agency in the federal government. But he and his team know that words alone won’t make this happen. They developed twelve breakthrough priorities for 2016 that will directly improve service to veterans. These actionable short-term objectives support the VA’s longer term aim to deliver an exceptional experience for our veterans. By aiming high, and also drafting a concrete roadmap, the VA has put itself on a path to success.

2. Hybridize the best of public and private sectors

To accomplish their ambitious goal, VA leadership is applying the best practices of customer-service businesses around the nation. The Secretary and his colleagues are leveraging the goodwill, resources, and expertise of both the private and public sector. To do that, the VA has brought together diverse groups of business leaders, medical professionals, government executives, and veteran advocates under their umbrella MyVA Advisory Committee. Following the examples set by private sector leaders in service provision and innovation, the VA is developing user-friendly mobile apps for veterans, modernizing its website, and seeking to make hiring practices faster, more competitive, and more efficient. And so that no good idea is left unheard, the VA has created a “shark tank” to capture and enact suggestions and recommendations for improvement from the folks who best understand daily VA operations—VA employees themselves.

The benefits of data-driven decision making in government are well known. As led by Secretary McDonald, the VA has continued to embrace the use of data to inform its policies and improve its performance. Already a leader in the collection and publication of data, the VA has recently taken even greater strides in sharing information between its healthcare delivery agencies. In addition to collecting administrative and health-outcomes information, the VA is gathering data from veterans about what they think . Automated kiosks allow veterans to check in for appointments, and to record their level of satisfaction with the services provided.

The results that the Secretary and his team have achieved speak for themselves:

Thanks to Secretary McDonald’s continued commitment to modernization, the VA has made significant progress. Problems, of course, remain at the VA and the Secretary has more work to do to ensure America honors the debt it owes its veterans, but the past two years of reform have moved the Department in the right direction. His strategies are instructive for managers of change everywhere.

Fred Dews and Andrew Kenealy contributed to this post.