Whether it was school safety, teacher strikes, or Betsy DeVos’s deregulatory ambitions, education played a major role in American life throughout 2018. Each of these themes—and many more—were reflected in the blog posts of the Brown Center Chalkboard, where we strive to bring research-based insight to the storylines affecting U.S. education policy. As we approach the end of another year, we’re taking a look back at our most popular pieces of 2018. 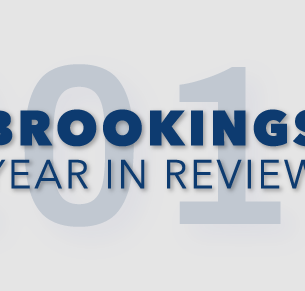 But before we get to the list, there are a couple highlights we’d like to point out. With schools finding themselves immersed in politics this year, we found ourselves asking: Are U.S. schools equipping students with the tools to become engaged, informed, and empathetic citizens? To answer that question, this year’s edition of the Brown Center Report on American Education focused on civics, digging into nationwide test scores, state-level curricula, and the social studies teacher workforce. Read more about that here. And speaking of teachers, the Brown Center’s “Teacher Diversity in America” series rolled on, with entries on gender diversity, teacher segregation, and more. Keep an eye out for more entries coming in 2019, too.

Without further ado, here are the top Chalkboard posts of 2018:

1. There are ways to make schools safer and teachers stronger—but they don’t involve guns

In the wake of the Parkland shooting last February, President Trump called for arming teachers with guns to deter potential perpetrators of mass shootings in schools. In our most-read piece this year, Michael Hansen argues that more resources should instead go toward policies that strengthen the teacher workforce, mental health support, and community services.

From kindergarten through college, research shows many teachers carry unconscious biases that undervalue the intellectual abilities of girls and women. Joe Cimpian writes that policy alone won’t be enough to remedy this problem, requiring wholesale cultural change—both inside and outside the classroom—to ensure a truly equal learning environment.

3. Have we made progress on achievement gaps? Looking at evidence from the new NAEP results

The National Assessment of Education Progress—also known as America’s report card—is often looked to as a measure of how well US students are learning. The most recent results, released in April, shows that while schools continue to make progress on closing certain achievement gaps, unequal access to education is still holding back minority and low-income students.

Do school field trips actually benefit student learning? A new study by Jay Greene resulted in an unexpectedly positive outcome: Students who went on arts-focused field trips experienced significantly greater gains on math and language arts test scores than students who did not.

Repealing gainful employment rules has been one of the biggest goals of Betsy DeVos and the Trump administration. In February, shortly after the Department of Education proposed rescinding the regulation, a team of researchers presented evidence that suggests these proposals are misguided. The team found that many for-profit college students don’t earn enough to offset the debt they incur; in fact, they’d be better off at a public institution—or not attending for-profit programs at all.

Interested in more on this issue? Be sure to read a report from David Whitman and former Secretary of Education Arne Duncan in which they argue that Betsy DeVos has abandoned accountability at for-profit colleges—and conservative principle in the process—leaving students with unmanageable debt and unusable degrees.

Donald Trump is the latest U.S. president to try and bring apprenticeships back into the mainstream. To explain why so many of these efforts have failed, Greg Ferenstein takes a historical look at how America’s higher education system has long incentivized full-time academic degrees over vocational learning.

For the first time in decades, 2017 saw a drop in U.S. college enrollment of international students—a decline many attribute to the Trump administration’s travel ban. Dick Startz argues that this trend may have harmful, long-term effects on university budgets, the economy, and America’s standing abroad.

Fewer than 40 percent of community college students obtain a certificate or degree within six years of enrollment. Elizabeth Mann Levesque shares recommendations to lower the structural and motivational barriers these students face and help community colleges reach their potential as viable pathways into good-paying jobs.

After a wave of teacher strikes across the U.S. earlier this year, new analysis from Michael Hansen finds that teacher salaries still haven’t recovered from the Great Recession—even though educators are now more qualified than ever.

10. Teachers in the US are even more segregated than students

New analysis from Michael Hansen and Diana Quintero reveals a highly uneven distribution of white and nonwhite educators across U.S. public schools. In this entry of the Brown Center’s “Teacher Diversity in America” series, the authors examine how this trend impacts student learning and recommend revisiting practices geared toward hiring a diverse teacher workforce.

Thanks to all of our contributors, and thanks to you for reading in 2018! Bookmark the Chalkboard and sign up for the Brown Center on Education Policy’s biweekly newsletter as we continue to bring evidence to bear on debates surrounding education policy today.