As Brookings nears its 100th year and we reflect back on the work of the many experts who have walked the halls of the institution, one thing is apparent: Great ideas are timeless.

Luckily for us, many of the ideas put forth by these men and women have been immortalized in their written work, including those documented in a series of books recently re-released as part of the Brookings Institution Press’ Brookings Classics series.

Here are four ideas from these important books that are as relevant today as they were when first introduced: 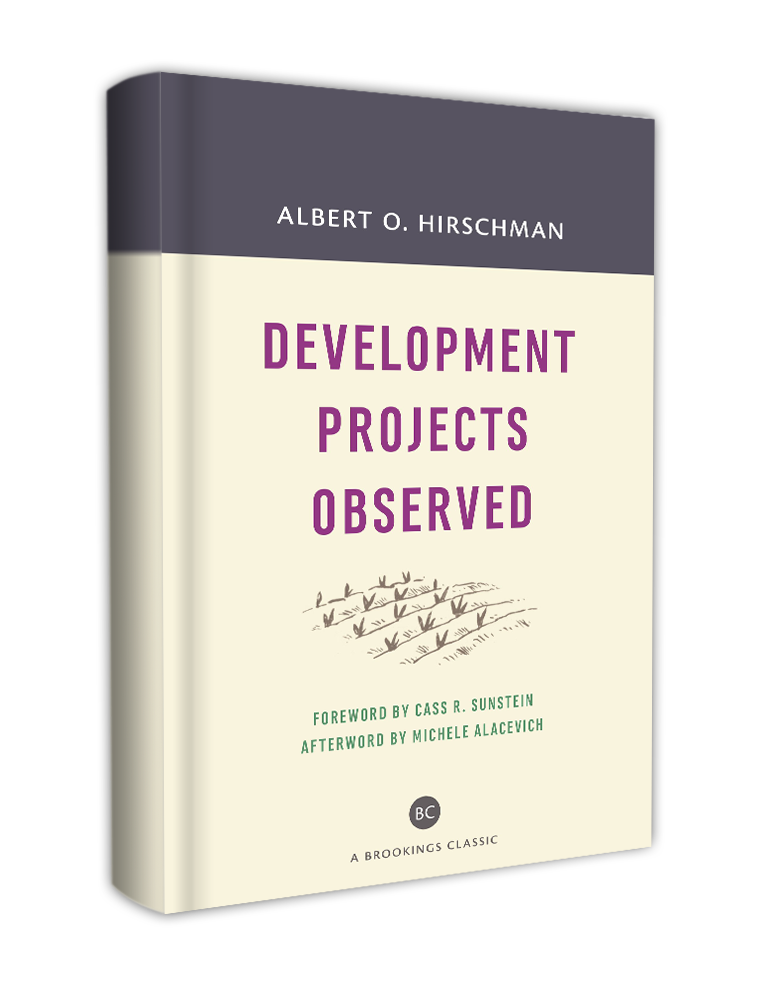 Don’t let the modest title of Albert Hirschman’s 1967 book Development Projects Observed fool you. As a critical part of his groundbreaking trilogy on development, it remains one of his most influential works to date.

In fact, it was within these pages that Hirschman first shared his now famous “Principle of the Hiding Hand”: the phenomenon in which people’s inability to foresee obstacles leads to actions that succeed because people have far more problem-solving ability than they anticipate or appreciate.

This principle continues to intrigue and delight scholars to this day, including Malcolm Gladwell, who wrote an appreciation of it in the New Yorker, and Harvard professor Cass Sunstein, who described it fondly as “a bit of a trick up history’s sleeve” in the book’s new foreword. 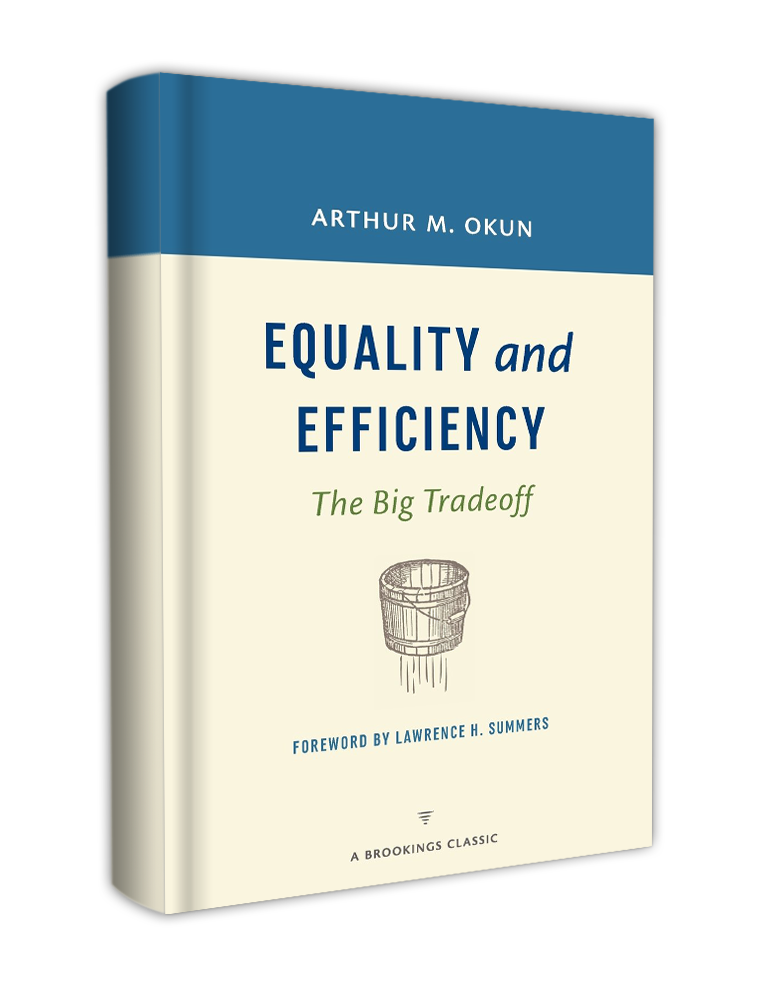 Macroeconomist Arthur Okun came to Brookings after serving as an adviser for the Kennedy and Johnson administrations and, in 1970, co-founded with George Perry what is still among the world’s most prestigious economics journals: The Brookings Papers on Economic Activity.

Okun made many contributions to the world of macroeconomics, but what he surely never anticipated was the profound impact a concept he established in his 1975 book Equality and Efficiency: The Big Tradeoff would have on generations of economists. For more than 40 years, this slim volume has been required reading for any serious student of economics. In the new foreword, former Treasury Secretary Larry Summers reminisces on his discovery of Okun’s classic as a young grad student and the important role it played in advancing his development as a public policy expert.

The central theme of Okun’s book is now an economics catch-phrase: the market needs a place, and the market needs to be kept in its place. As he put it: “Institutions in a capitalist democracy prod us to get ahead of our neighbors economically after telling us to stay in line socially. This double standard professes and pursues an egalitarian political and social system while simultaneously generating gaping disparities in economic well-being.”

Today, Okun’s work feels incredibly prescient as we grapple with the hot-button topic of income inequality, a topic addressed recently by Summers during a Brookings event on Okun’s legacy.

Learn more about Equality and Efficiency: The Big Tradeoff here. 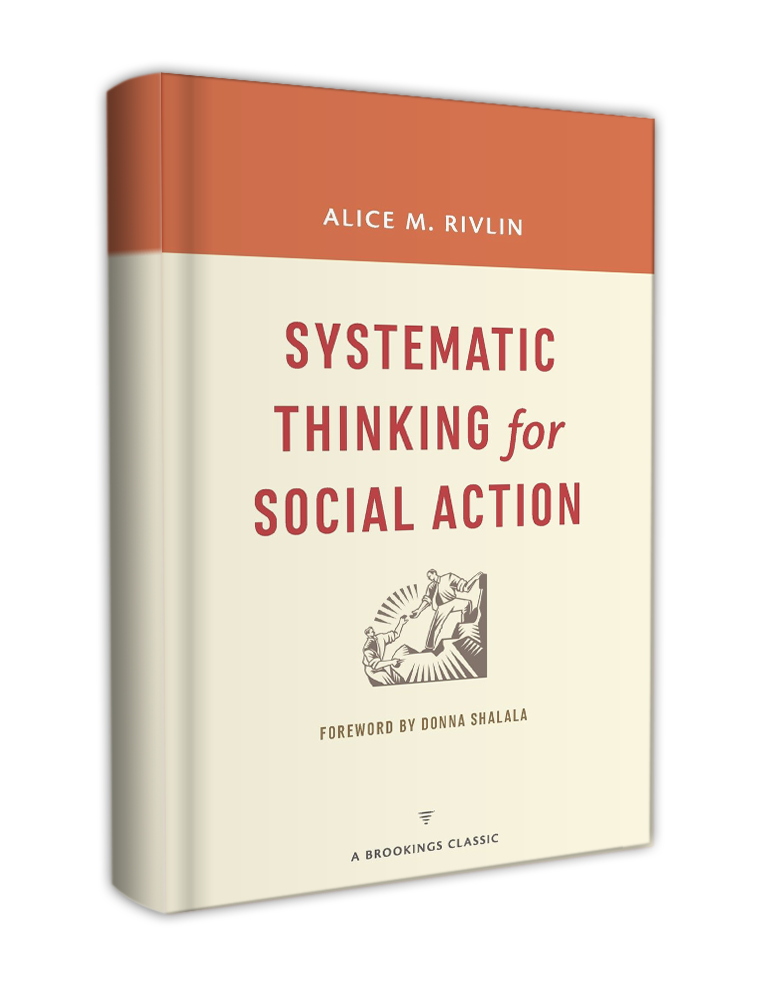 In January 1970, Alice M. Rivlin, who currently serves as the Leonard D. Schaeffer Chair in Health Policy Studies and director of the Brookings Center for Health Policy, spoke to an audience at the University of California at Berkeley. The topic of discussion was developing a more rational approach to decision-making in government. If digital video, YouTube, and TED Talks had been inventions of the 1960s, Rivlin’s talk would have been a viral hit. As it was, the resulting book, Systematic Thinking for Social Action, spent years on the Brookings Press bestseller list.

An early advocate of systems analysis, Rivlin used this approach to “evaluate the evaluators” of social programs, issuing them mixed grades and pointing out where they had succeeded in finding solutions and where—because of inadequate data or methods—they had been no help at all. Rivlin eventually brought this framework for policy analysis and evidence-based funding of public investments to both the Office of Management and Budget and the Congressional Budget Office, where she was the founding director.

Rivlin’s new approach to government decision-making lives on today: As former Secretary of Health and Human Services Donna Shalala and author of the book’s new foreword put it, “Today, Rivlin’s very clear questions for policymakers and public officials are central to understanding the social and economic impact of prospective social programs … and almost every major public investment today has benefited from evidence collection and analysis.”

Herbert Kaufman’s take on the infeasibility of small government 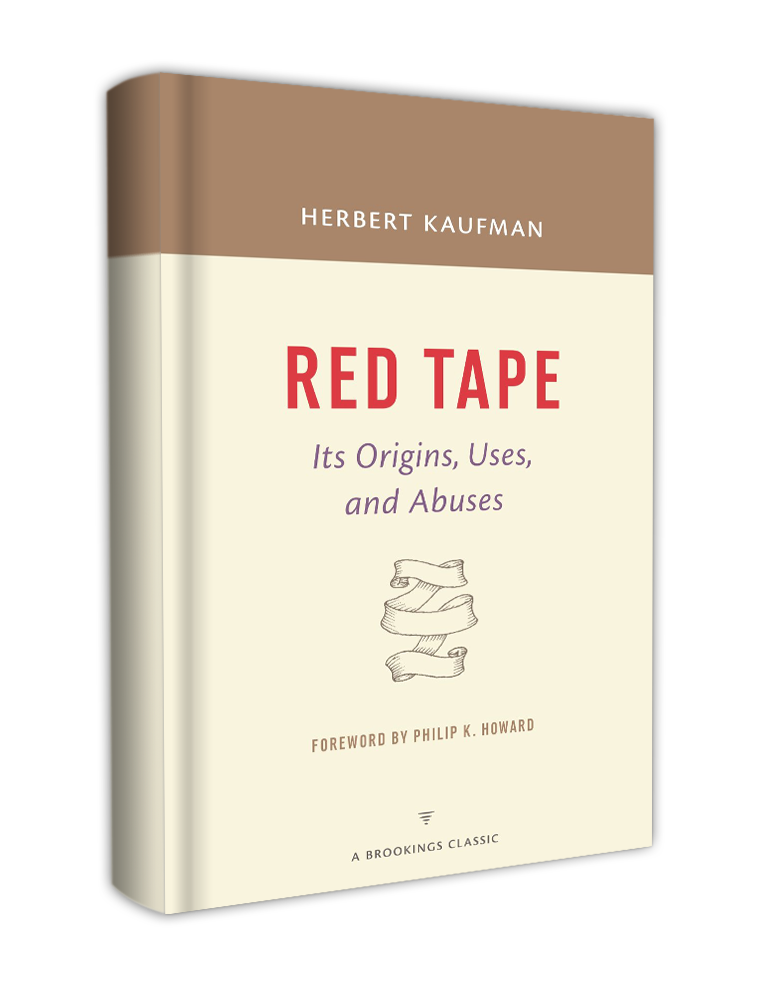 Anyone who has ever filed taxes or stood in line at the DMV has experienced (and probably complained about) bureaucratic red tape—so why did we establish a system so entrenched in it?

Hebert Kaufman provided answers in his 1977 work Red Tape: Its Origins, Uses, and Abuses, which offered a thorough examination of the origins and dismal landscape of red tape, but also affirmed its importance in providing safeguards to protect the vulnerable and restrain the self-interested. Though modern bureaucracy critic and author of the book’s new foreword, Philip K. Howard, disagrees with much of Kaufman’s take on the importance and inevitability of bureaucracy, he points out that one of his key points remains true: small government is a “pipe dream.”

As Howard puts it, “[Kaufman] accurately predicts that the demands for government oversight can only increase—to protect clean air and water, safeguard consumers against unsafe products, and provide a safety net for people buffeted by economics forces beyond their control.  [As Kaufman wrote], red tape is just like ‘noxious byproducts … the more values the government tries to advance, the more red tape it inevitably generates.'”

aeburke
Get daily updates from Brookings