Brookings Senior Fellow William Frey estimates that by the year 2044 whites will no longer be a majority in the U.S. In his book, “Diversity Explosion,” Frey highlights that this demographic shift will have a profound impact on U.S. society, politics, and economics. In the latest Brookings Essay, former Brookings Fellow Jennifer Bradley tackles whether the increasingly diverse population that will make up the future workforce will be ready. Bradley looks specifically at the efforts of traditionally “lily-white” Minneapolis-Saint Paul to prepare its diversifying workforce as the majority-white baby boom generation begins to retire.

So what’s really happening to diversity in America, and are we ready for these changes? Here’s a quick overview of the current state of American demographics—highlighting the importance of closing gaps in education and employment so Americans of all backgrounds are prepared to contribute to the future workforce. 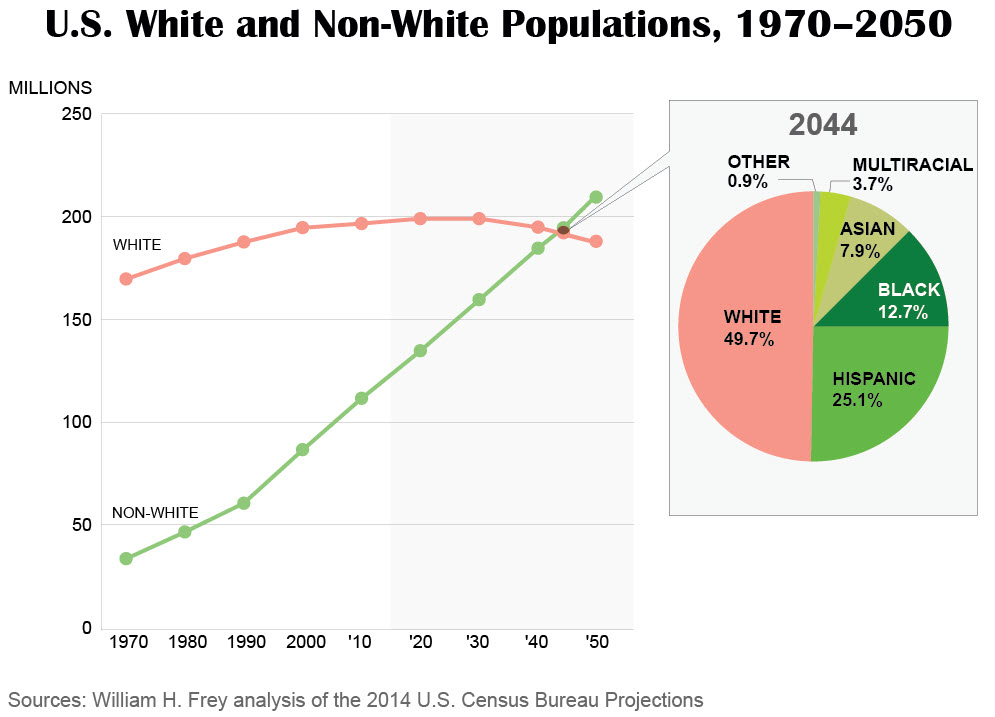 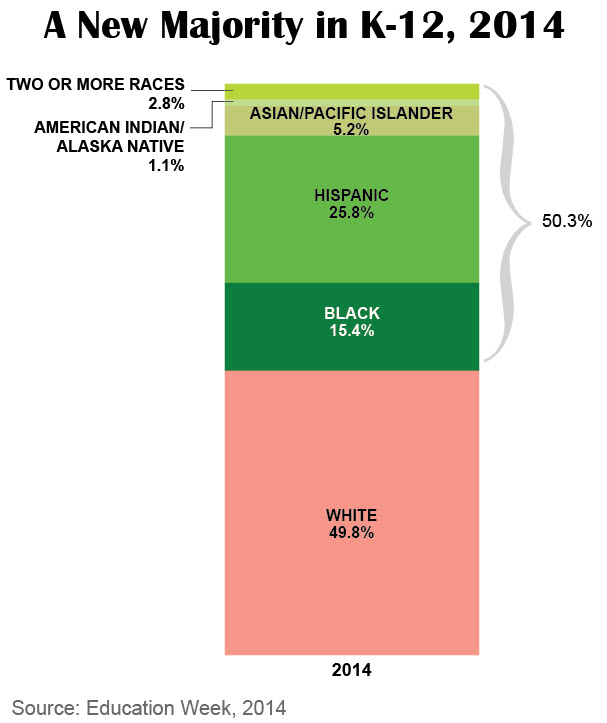 But younger generations are already far more diverse than the population at large. Americans under the age of 30 will be “minority white” within the next decade, and K-12 students are already minority white in the U.S.

For more on how these shifts look throughout the country, explore our diversity explosion interactive that details the changes at a county and metropolitan level. And find out the 10 states diversifying the fastest here. 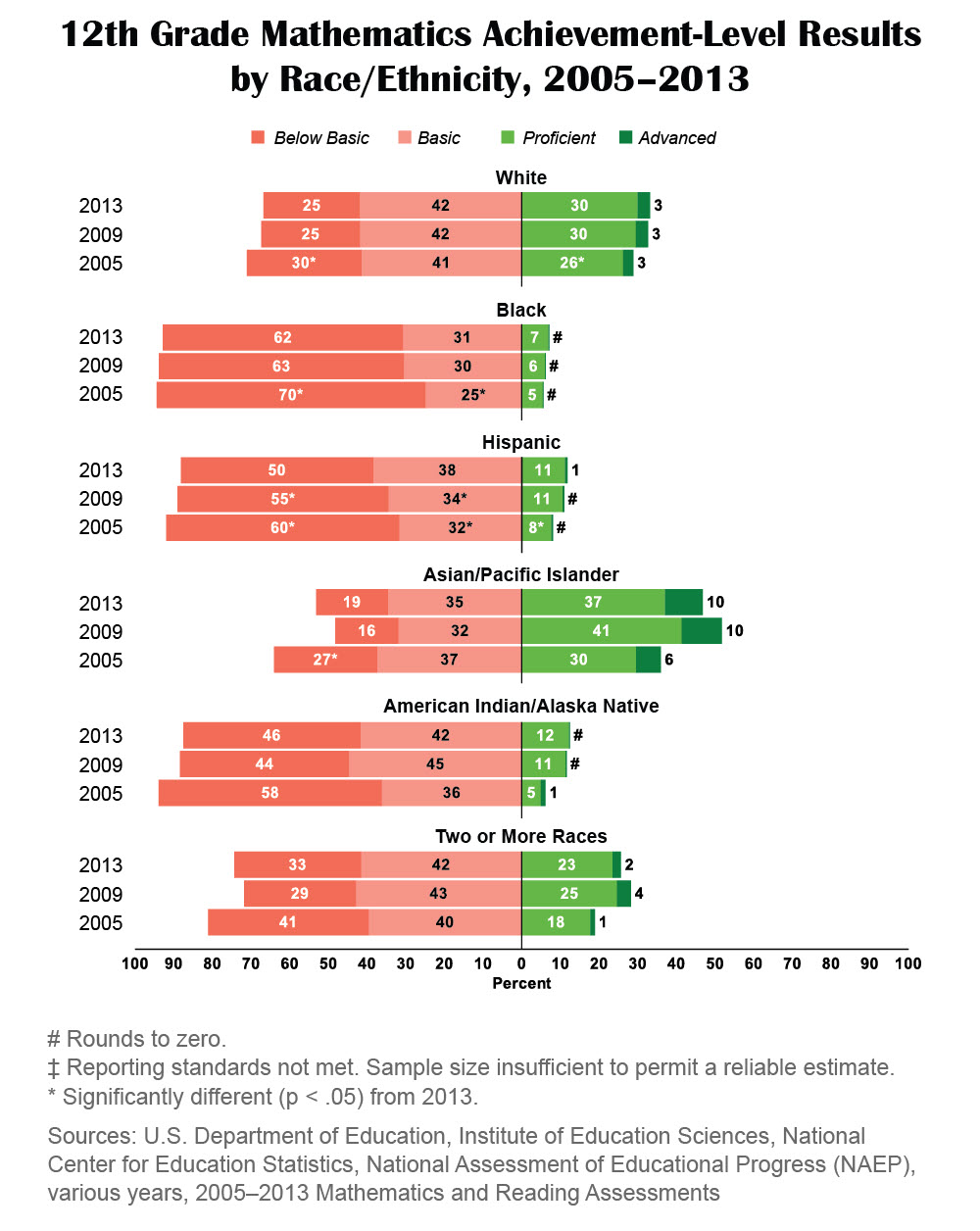 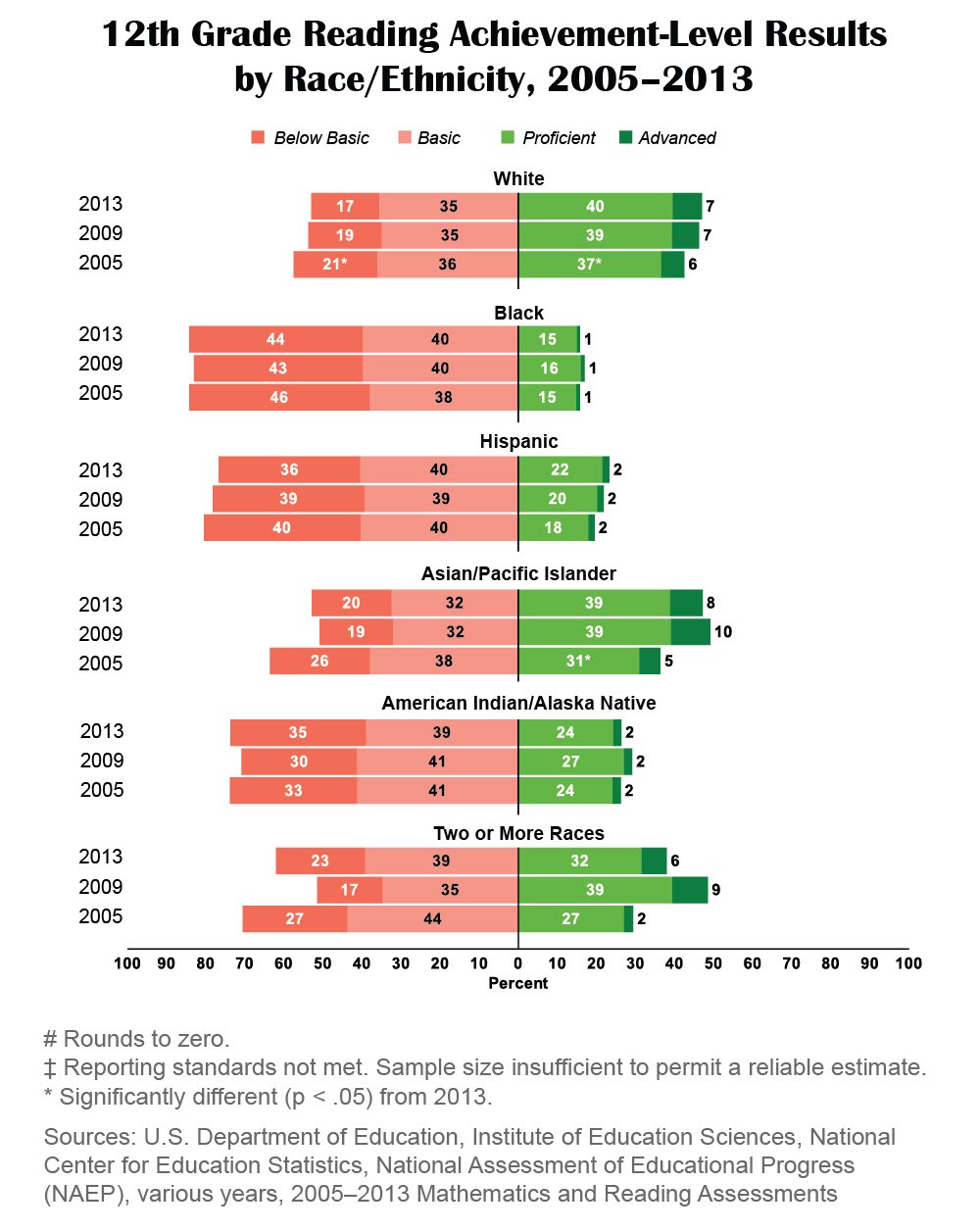 Unfortunately, America’s education system has not been able to provide all non-white groups with equal levels of education. African-American and Hispanic students, in particular, have struggled in recent years. These numbers play out as the population enters the workforce too.

The gaps persist into the workforce as Hispanics and African-Americans remain relatively underemployed. Notably, Asians have the lowest unemployment rates, signaling that their high performance in the K-12 years carry through to the workforce.

What does this mean for America’s global economic performance? 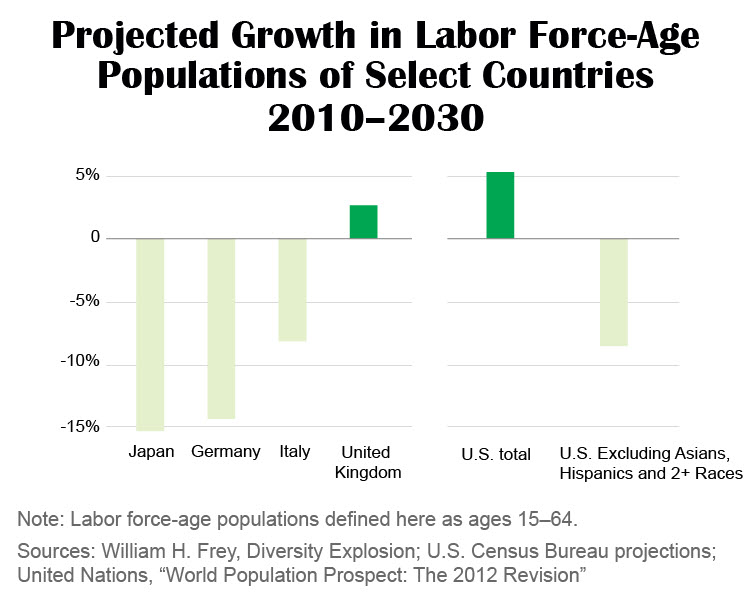 The chart above shows that while many other “aging” countries are seeing their workforces shrink, the U.S. will in fact see an increase in workers. This could be a major economic opportunity–if, as a country, we can appropriately prepare workers and take advantage of it.

Beyond the obvious concerns for individual student success, America’s broader economic future depends on its young and diverse workforce to fill key roles as the baby boomer generation retires.

Where do we go from here?

While America’s current challenges may seem dire, there are many states and metro areas that are leading the way in productive solutions. Our recent Brookings Essay explores how the Minneapolis-Saint Paul area, which is fighting some of the worst employment gaps in the country, has been working to develop a number of youth development and workforce training programs focused directly on closing education and employment gaps among different racial groups. Here are some of the programs highlighted in the essay:

For more on America’s rapidly changing diversity, read The Changing Face of the Heartland, which provides a more in-depth analysis of the data outlined above, and looks specifically at the Minneapolis region as an example of how the entire country could move forward.