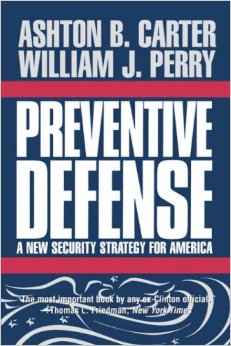 Dr. Carter contributed to two Brookings Institution Press books about defense and security. He co-authored with William J. Perry—who served as secretary of defense from 1994-97—Preventive Defense: A New Security Strategy for America (1999) and co-authored with then-Brookings expert John D. Steinbruner, as well as Perry, A New Concept of Cooperative Security (1992).

Senior Fellow Michael O’Hanlon told CNN this week that Carter’s “career has sort of prepared him perfectly for this kind of a moment.” O’Hanlon, the Sydney Stein, Jr. Chair in International Security, added that “On paper and in terms of his resume and preparation you probably couldn’t do much better.”

Then-Undersecretary Carter also delivered a keynote at a Brookings event in 2011 on defense budgets, American power, and the National Security Industrial Base. Audio and transcripts are available here.