“If good sense prevails, [Hong Kong] voters will elect their leader in a free and fair election in 2017,” wrote Richard Bush in August [WSJ, subscription required], prior to the start, at the end of that month, of large-scale demonstrations by Occupy Central in the streets of Hong Kong. “If the contending factions continue their zero-sum strategies and popular choice is again denied, the result will be an unnecessary tragedy,” he said. Bush, director of the Center for East Asia Policy Studies and the Chen-Fu and Cecilia Yen Koo Chair in Taiwan Studies, has been following the controversy and unrest in Hong Kong since before and after the mass protests began in response to Beijing’s decision on how the 2017 election for Hong Kong’s chief executive would proceed. This post is based on Bush’s commentaries about the still-unfolding drama.

How did the protests get started? 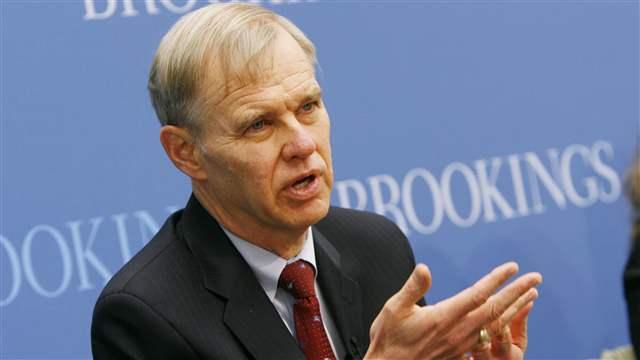 The current crisis originated in 2012, when China announced that Hong Kong could elect its chief executive through “universal suffrage” in 2017. Before that, Bush explained, Hong Kong’s leader was picked by a Beijing-trusted election committee composed of 800-1,200 people under a system created by the central leadership in the wake of the 1989 Tiananmen protest and crackdown. Beijing, according to Bush, “designed the Hong Kong political system in such a way that it retained a significant degree of control over who held power.” The “underlying goal: effectively shut out the pro-democracy forces. To fortify its rule, Beijing also allied with Hong Kong’s business community.” [Up Front blog, 9/30/14]

Over the summer of 2014, the pro-democracy “Occupy Central” group and a group allied with Beijing’s approach delivered competing petitions from Hong Kong’s residents on the direction of the island’s democratic development. Also, on July 1, several hundred thousand pro-democracy demonstrators marched peacefully.

On August 31, the Standing Committee of the National People’s Congress in Beijing announced that candidates for the chief executive position would be hand-picked by a nominating committee “modeled on the old election committee” and “composed mainly of people who are sympathetic to Beijing’s desire for order and who don’t want to see Hong Kong’s economic growth, in which many of the members are invested, disrupted by politics.” [CNN.com, 9/1/14]

Leading up to this decision, which was previously expected, the “more radical elements of the pan-democratic camp” mounted a campaign to disrupt Hong Kong’s major business district. In late September, students boycotted classes and led marches to protest the plan, while Occupy Central then began mass demonstrations. That protest and some counter-protests have embroiled Hong Kong streets since.

Is there a split in the pro-democracy camp?

After the first weekend of Occupy Central protests, Bush observed “the obvious and severe splits within the pro-democracy camp over goals, strategy, and tactics.” The splits, he said, “will complicate any future efforts to bring about a political system that fair people would recognize as an effective and stable democracy.” [Up Front, 9/29/14] In fact, Bush traced the crisis that began in late September to “when one faction of the pro-democracy camp decided on [September 26] to independently undertake action that was more radical than other factions preferred.” The “unity and leadership of the opposition camp is a matter of concern,” he said.  [Up Front blog, 10/1/14]

And yet, as Bush wrote earlier, Beijing’s decision of August 31 to pick candidates by committee must be approved by two-thirds of Hong Kong’s Legislative Council. But, he said, “no member of the democratic camp will support [the decision], so a two-thirds majority will be impossible.” Thus, “the more extreme elements of the Hong Kong system, both pro-establishment and pro-democracy, continue to control the agenda, at the expense of a compromise crafted by moderates.” [Up Front, 9/2/14]

“The radicals’ proposal,” Bush has argued, “was always unrealistic and not necessary to achieve a competitive election.” [CNN.com, 9/1/14] And while Beijing’s “backing the opposition into a corner almost guarantees escalation and failure,” he wrote, the “Hong Kong opposition’s amorphous character may impede its ability to manage the crisis.” [Up Front blog, 10/1/14]

What are Beijing’s concerns?

Bush explained five reasons why China chose its course of action: (1) fear that if pan-democrats ran Hong Kong, “they would use it as a base to destabilize Communist Party rule in the rest of China”; (2) the U.S. and Britain were “manipulating the pan-democrats to further their own goals” (not true, said Bush); (3) worries by the Chinese government and Hong Kong business tycoons that “a democratic election would increase demands for costly social welfare programs”; (4) the prospect that Beijing could not back down in the face of Hong Kong radicals lest they continue disruptions; and (5) worries that “granting genuine democracy to Hong Kong would stimulate similar demands in China.” [CNN.com, 9/1/14]

As a result of its decision on the election parameters, however, Bush wrote that “Beijing has bought itself the uncertainty of sustained political disruption in Hong Kong and deeper public alienation and frustration.” [Up Front, 9/2/14]

In August, Bush called for a “democratized nominating committee that better reflects the distribution of public attitudes than the current election committee, that permits a reasonable number of candidates, and that sets a relatively low number of committee votes required for nomination.”

“I argued,” Bush later explained, “that if Beijing was willing to be creative on that point, it would be sufficient to facilitate negotiations with moderate members of the democratic camp.” [Up Front, 9/2/14]

The proposal falls somewhere between Beijing’s control of nominations and what some Hong Kong democrats had proposed: a “civic nomination” process in which anyone who gets enough signatures from the public could run for the office.

Instead of pursuing the compromise solution, China’s decision to retain control over the nomination process “empowered” Hong Kong’s radicals, said Bush. Beijing “had the power and opportunity to facilitate a good outcome,” he wrote. [Up Front, 9/29/14]

Bush wrote that “good crisis management and crisis termination requires each side to preserve for its adversary a way out.” [Up Front blog, 10/1/14]

He noted that both sides, over the first weekend of Occupy Central protests, had displayed an unwillingness to “create a way out” for the other, whether it was Beijing’s characterization of the protestors as “lawbreakers” and threatening heavy police response; or protestors’ demand that current Chief Executive C.Y. Leung resign.

“Politically, however,” Bush wrote, “the issue here is the range of choice with which voters are likely to be presented.” Will Hong Kong’s electorate be happy choosing between two members of the establishment, or the pan-democratic forces happy in an election in which “one of their own is not running?”

Bush also called attention to another “problem with well-intentioned proposals for compromise,” that even moderate democrats “won’t want to enter into negotiations without having some confidence that, whatever concessions they make, the end result will meet their requirements.” [Up Front, 10/3/14]

Ultimately, back in August Bush wrote that:

A free and fair election that allows voters to choose a genuine democrat will not solve all of Hong Kong’s problems. But it will give the chief executive the legitimacy to address public frustration over the inequality of political power, and economic problems on the island including a shortage of decent housing, quality education and good jobs.