“We saw how the conflict exploded and yet even though the status quo is obviously unsustainable, we are headed back to the status quo, and that is the pathology of this conflict, the chronic nature of it that makes this whole situation even more depressing,” explained Martin Indyk, vice president and director of Foreign Policy at Brookings, at an event earlier this week on the policy options and regional implications of the recent round of violence between Israel and Hamas in Gaza. 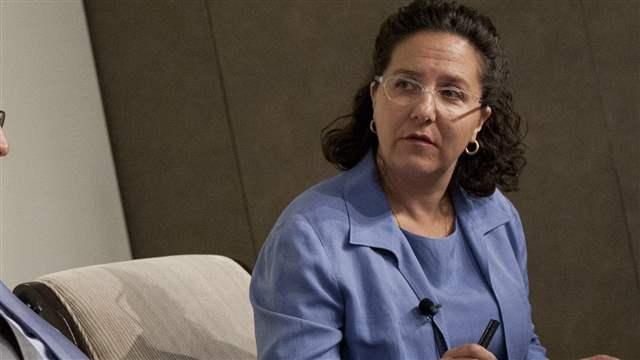 The event was introduced by Tamara Coffman Wittes, senior fellow and director of the Center for Middle East Policy at Brookings, who stressed that the “primary obstacles to a peace agreement lie in the domestic politics of the two sides.” In looking at the future implications of the current round of violence, she suggested that “we’re at a moment where I think we can hope that each of the parties involved in this conflict and interested in this conflict will engage in some self-criticism and some internal reflection.”

In addition to Indyk and Wittes, the event included Fellows Khaled Elgindy and Natan Sachs. During the event, the panelists offered their insight on a variety of topics related to the conflict. Visit the event’s web page to get full video and audio of the discussion or watch below.

A few highlights appear below.

Effect of the Conflict on U.S.-Israel Relations

Indyk, who recently returned to Brookings after serving as the U.S. special envoy for the Israeli-Palestinian negotiations, commented on whether there has been a structural shift in U.S.-Israeli relations due to this conflict. “On the one hand,” he said, there is “[the critical] language used by both sides”:

The United States [is] on the record criticizing Israel in language that we have not heard before that I can remember; and [senior Israeli officials] backgrounding the Israeli press with vitriolic language about the efforts of the United States to achieve a cease fire that also I think were unprecedented …

“So, take your pick,” Indyk said. Reflecting on the way the U.S.-Israel relationship rebounded after the Israeli war in Lebanon in 1982, he added, “We’ve seen this movie before.”

Somehow each time the relationships survives, moves on, and that’s partly because it has deep roots and there’s this strong, popular support for Israel that I’m sure has been damaged to some extent but probably will rebound. So in a sense, it’s plus ça change, plus seule la même chose. 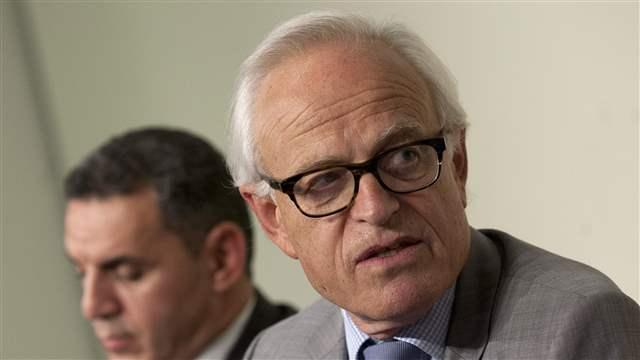 However, Indyk said, “there’s something else going on here that I also felt in the negotiating room. And that is that Israel today is a different country to what it was, say, back in 1982, and for most of its history.” In addition to being stronger economically and militarily, Indyk noted that Israelis feel “more independent of the United States than they have in the past” as Israel has developed strong relationships with other powers around the world beyond the U.S., including in the Arab world.

On Treating Gaza and the West Bank Separately

“One of the key assumptions of U.S. policy and Israeli policy … that has been a real failure the last eight years,” Elgindy said, is “this policy of separating Gaza from the West Bank, keeping Palestinians divided.”

“This is not what diplomacy is made of,” Elgindy said. Continuing:

Frankly this is how colonialism operates. It’s not how diplomacy works; it’s not how peacemaking works. … The notion that we could make peace with one group of Palestinians and support war against other Palestinians was never going to work. And that’s now played itself out. It was either going to drive Hamas into the peace camp or drive Mahmoud Abbas to adopt Hamas’s positions. 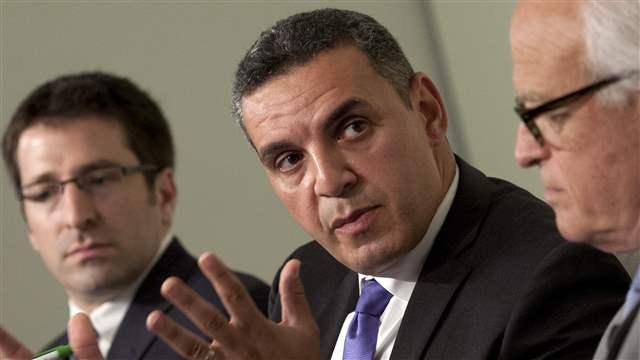 What is happening, Elgindy explained, is that the conflict is causing the various Palestinian factions and power centers—Fatah, the PLO, the Palestinian Authority, the Palestinian leadership, and Hamas—to unify even more. “I think,” he said, “there’s a real sense among Palestinians that Hamas’s way, painful as it is, produces results.” Speaking of the recent reconciliation agreement between Fatah and Hamas, Elgindy observed that “I think Hamas went into this reconciliation agreement very much the junior partner and they came out of this [current conflict] very much as an equal partner at least … Hamas needs Fatah as much as Fatah needs Hamas at this point.” 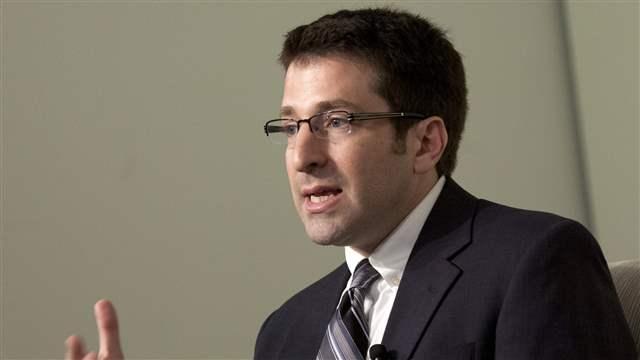 “The Israeli position going in from the start was very clearly to avoid this conflict,” Sachs said. He argued that “Israel, in a sense, was dragged along by Hamas that kept insisting on having this battle until its conditions were met … notwithstanding the human suffering in Gaza [for] which Hamas shares at least some blame.” He considered the “difficult dilemma Israel faces” as it considers what to “do with this territory which is very close to the center of Israel and governed by an organization that makes no qualms about its position.” Sachs emphasized that “Hamas has been the central spoiler of the peace process since the 90s.”

Sachs explained that in Hamas, “you have a quasi-political, quasi-military organization effectively ruling a state or a region and waging war from it” which could only produce “three very bad options” for Israel:

As far as the public goes, Israel is “split down the middle on whether [its ground operation] was a success or not.” While the “support for Netanyahu’s conduct is quite high, the flip side of that is that, Israel going in had no clear goal.” What the Israelis did learn “is that if you let Hamas into the Gaza Strip, it’s not going to build shelters for the civilian population, certainly not hospitals and schools, it’s going to build tunnels.”

On Conflict Management and Conflict Resolution

“Any real viable peace process has to have both,” Elgindy said, characterizing this as “another fundamental failure in U.S. policy” because “If we come out of this with anything, other than why it’s important to avoid these kinds of violent conflagrations in the first place, when they do start, I think there have to be rules to the game.”

Indyk offered his perspective when he stated that the policy of the Obama administration to resolve the conflict “came out of a belief that you needed to find a way to break out of the chronic nature of this conflict. You needed to try to resolve it.“ He continued:

To say that it would have been better off engaging in conflict management is essentially to say that we’re not going to be able to resolve this conflict so we should just manage it and try to keep it contained. But there was a fundamental decision made by the secretary and the president that that was only going to lead to more conflicts like the things we’ve seen here.

When asked if the U.S., Israeli and Palestinian negotiating delegations thought they could push resolution of Gaza issues down the road (i.e., conflict management), Indyk replied, “No.”

We didn’t have a choice. Why? Because Hamas controls Gaza and Hamas is not interested in peace with Israel. It’s an inconvenient truth. But Hamas is not interested in peace with Israel and therefore you cannot construct a peace negotiation with Hamas. Now maybe as a result of this it becomes possible that the Palestinian leadership under Abu Mazen [Mahmoud Abbas] will somehow convince Hamas that it should go along with a two-state solution, and acceptance of Israel, but there is no indication that Hamas is actually prepared to do that.

So it’s fine to say we should have conflict management but it doesn’t treat the problem. It just ensures that we’re going to have outbreaks of conflict from time to time. There’s nothing that we could do to prevent that from happening other than to try to resolve the conflict.

In response, Elgindy reiterated that it’s not an either/or proposition, “but that we conduct the two together.”

On Israel’s Use of Force and Proportionality

In terms of conflict management, Elgindy offered a critical view of Israel’s prosecution of the conflict as disproportionate to the threat. “The notion that Israel’s military doctrine of overwhelming disproportionate force is somehow acceptable,” he said, should be reconsidered.

I don’t think this is a legitimate way to conduct a military operation by deliberately inflicting as much pain on the other side. After all, that is the essential tenet of the Dahiya Doctrine, is to be disproportionate. There is a reason that proportionality is a basic principle in international humanitarian law. So when you have something that flies in the face of that and you see the kind of death and destruction that you have in the Gaza Strip, out of all proportion to any threat that Hamas may have, this has real consequences. It has human consequences, it has moral consequences, it has political consequences.

Calling the deaths of 400 children, destruction of 10,000 homes and displacement of 400,000 people in Gaza “simply outrageous,” Elgindy asserted that “We need to think about how to prevent these conflicts in the first place,” Elgindy argued, “and when they do happen to make sure that there is a degree of reasonableness to how they’re conducted; otherwise we’ve completely destroyed, in addition to I think losing our humanity, … our credibility.”

Indyk responded to Elgindy’s point on proportionality by asking that we put it into context:

I understand very well Khaled’s criticism and his passionate conviction on this matter, and I share his view that it’s unacceptable that over 400 children could be killed in this conflict. But we do have to put it in context. The context is one in which Hamas was targeting Israeli civilians, and the only reason that the casualty rate wasn’t higher on the Israeli side was because they had a means of protecting their civilians. Whereas Hamas does not have a means of protecting their civilians and never paid any attention to protecting their civilians, whatsoever. It’s not as if they built air raid shelters for them. Instead they were firing rockets from civilian areas. Now we all know that, but I think you can’t just condemn the Israelis on this side without putting into context the circumstances that they faced.

During the event, the panelists also spoke about regional actors’ role in resolving the conflict, how political factions on both sides play out in their respective strategies, and whether Israel would ever withdraw from the West Bank.

Get full event video and audio from the event’s page.

See also Dan Byman’s recent article, Israel Deterrence: An Eye for a Tooth, and more about what Brookings scholars are saying about the conflict and potential solutions.

Sudanese women advancing justice and equality since the 1920s