While the term didn’t come into common usage until the 1980s, infrastructure has been a foundation of the modern world for a very long time. It is the set of underlying systems—like electrical grids, roads, sewer systems and shipping networks—on which our economy is built.

Research from the Brookings Metropolitan Policy Program takes a closer look at infrastructure in America with a specific eye on the jobs it both supports and relies on.

What counts as an infrastructure job?

Here are a few more facts:

More infrastructure jobs exist in “operation” than in “construction.” 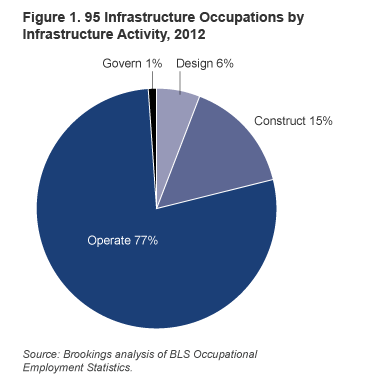 Unsurprisingly, most infrastructure jobs are located in major metro areas. 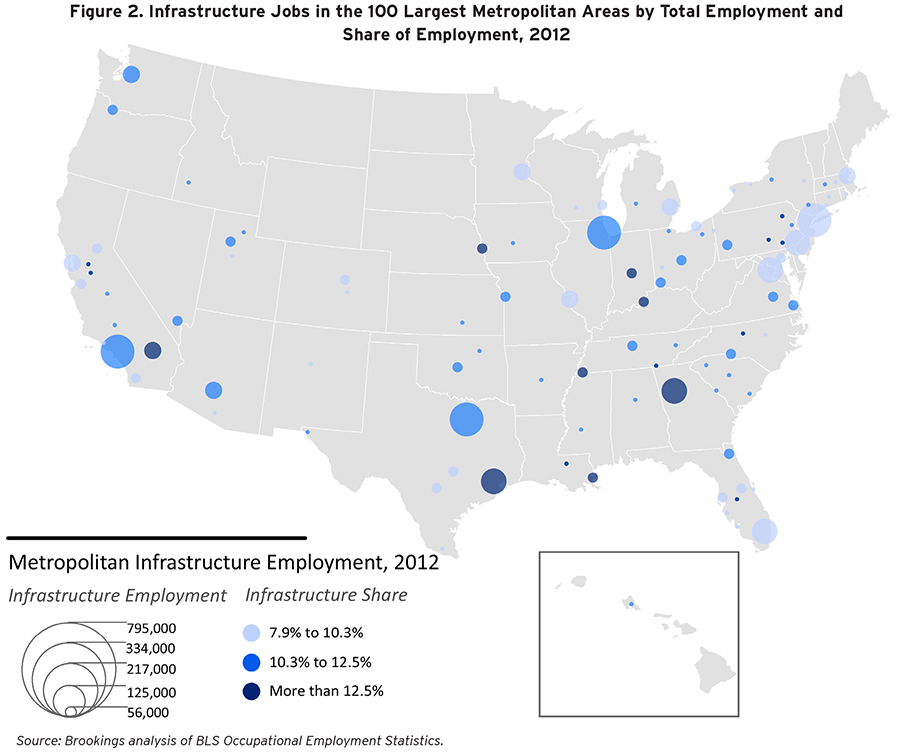 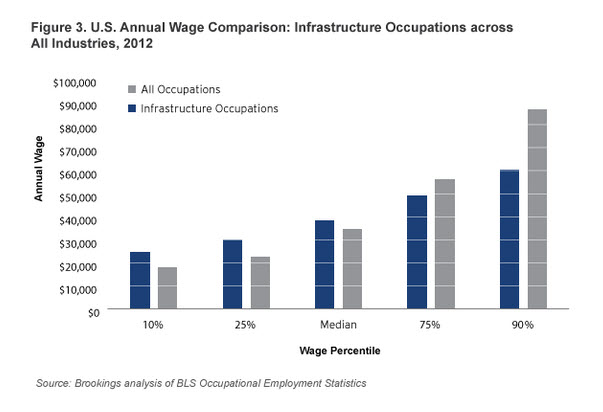 In the coming decade there will be a lot of job openings in infrastructure as the number of jobs rise and current workers retire.