Full event video, clips and audio can be found here. Twitter conversation occurred at #CARCrisis. Below are some excerpts of the panelists’ remarks (via interpreter, the original remarks were delivered in French): 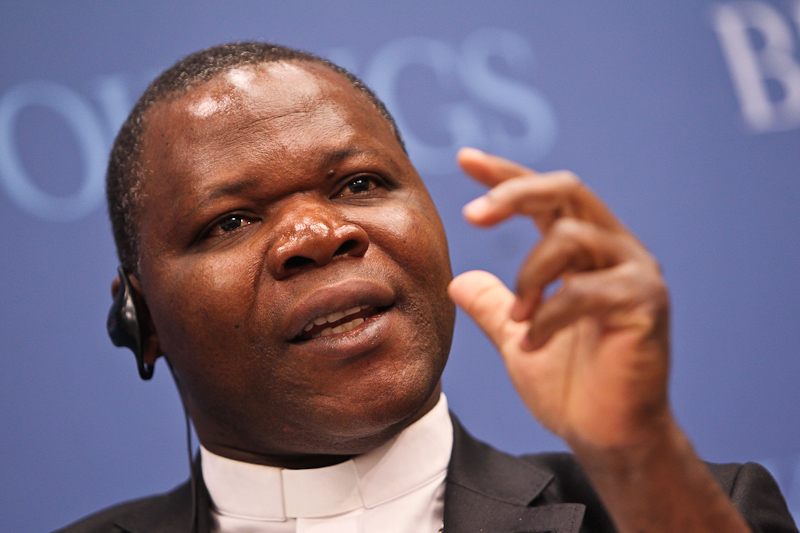 For the past year our people have been undergoing very dark hours and we cannot simply stand by with indifference when we look at our people plunge into the greatest depths of despair.
— Archbishop Dieudonné Nzapalainga

The purpose of our visit here in Washington, DC, is to launch an appeal, a heartfelt appeal on behalf of the people of the Central African Republic.


For the past year our people have been undergoing very dark hours and we cannot simply stand by with indifference when we look at our people plunge into the greatest depths of despair. And that is why as religious leaders we have risen and we have joined forces. We are forming a united front in order to denounce and to condemn these actions committed against civilians in the CAR. The reason we are here in the United Sates today is because the solution provided by the French mission, and the MISCA, the solutions that they are offering are unsatisfactory. We believe that it is time for us, we believe it is time for the United Nations to organize an operation whereby all people can be present in order to defend this humanitarian cause.


Indeed, this crisis, which is afflicting our country, is impacting civilians. Civilians who are dying. These are people who are innocent. They are dying gratuitously. These are farmers, these are people who simply want to labor in their fields. They are being felled. They are leaving their homes and they are killed. It would seem that a few bandits have taken hostage the entire African people. And that is why we are launching this appeal, so that the men and the women of the world can also say no, no to the situation. 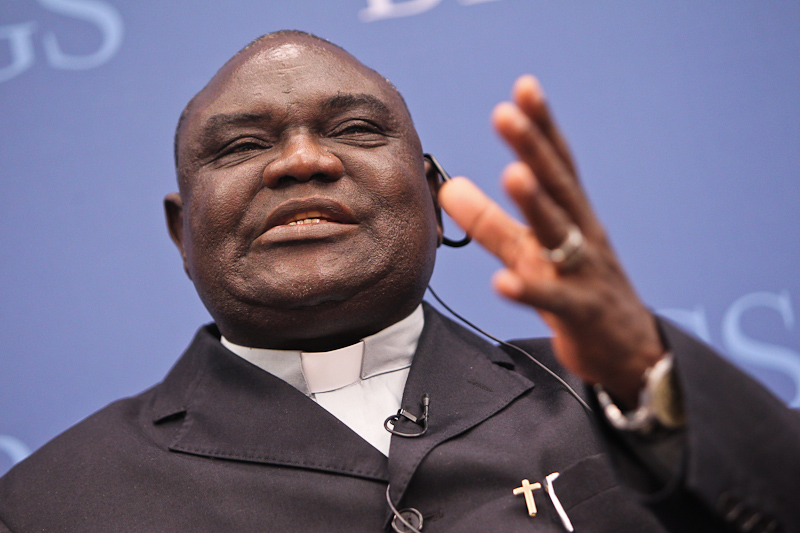 We need the Americans because you are a world power. — Rev. Nicolas Guérékoyamé Gbangou


And that’s why we are here as the religious leaders. We are the spokespeople for the speechless, for the people who have no voice. We are speaking from the heart. We are speaking, reaching out to NGOs as well to military officials of the U.S. Army. As well as to civilian authorities. Our message is “Help Us!” And we also want to speak to the Central African diaspora and say, “Join us. Help us.” Let us come together so that we can rebuild our country and so that we can also emerge from this conflict. That is the message.


Dear listeners, that is what we wish to tell you, this is what we wish to convey to you. And we are going to answer your questions. And we look forward to shedding more light on the situation in Central Africa. A situation that may be forgotten. Much is going on in Ukraine, much is going on in Syria. And of course a lot of people are more interested in those countries because they deem them more important than the CAR. But the CAR, the Central African Republic, is a member state of the United Nations. And so why are we being forgotten? Why is close attention not being paid to the fate of the Central African Republic? 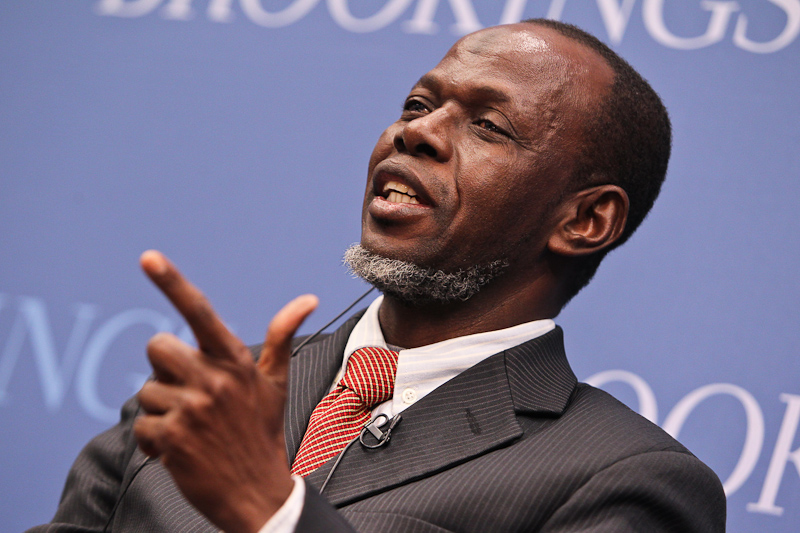 We all talk about reaching reconciliation but how can we rebuild if nothing is there to build with? — Imam Omar Kabine Layama

publichistory
I’d like to talk about justice. As you know, one of the causes of the crisis in the CAR currently is impunity. The lack of justice being served. We are a country that has known many a coup d’état. And those involved in those coups d’état were never worried about the justice system or being brought to justice, because the justice system has always been beholden to those in power, and not to the people.


And that is why all criminals, all of the bandits out there, continue to act and continue to seek power through arms and weapons.


We, through this interfaith platform, want to bring a focus back on justice and the importance of justice being sought to help us reach reconciliation. Justice can be a tool, a tool for reconciliation, and for the development of our country.


And so we also, related to justice, wanted to talk about security. There absolutely has to be security as the absolute prerequisite for us to be able to benefit from everything that the international community hopes to provide to the CAR in support.


… Resolution 2127 … opened the door and provided the authority to the presence of international troops in our country who would work to disarm the armed groups. We, however, are seeing that these international forces who are present have not been able to secure the capital city, have not succeeded in deploying across the entire country.


Instead our country has become a tinderbox and has taken hostage the communities in the east of our country. In the bush there are no schools, the government is not functioning throughout the country. And that is because government authorities are not even present in their various districts. The prefects, provincial prefects, are not present. We also must mention town halls, mayors. The town halls are not populated. No one is in them.


We all talk about reaching reconciliation but how can we rebuild if nothing is there to build with? Everything has collapsed.

Get more research and commentary about the Central African Republic.