Explore how individual county-level jurisdictions stack up against each other across three criteria in this interactive map, highlights of which appear below. 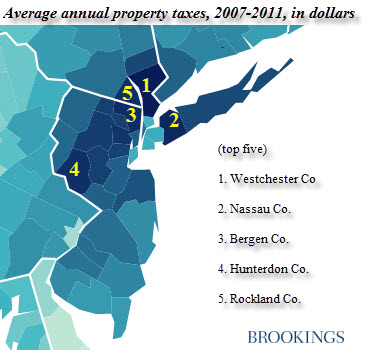 See locations of these counties, clustered around or near New York City, to the right.

See the map below (not to scale) for locations of these counties:


* Some data are not available for 28 county-level jurisdictions in Alabama, Alaska, Hawaii, Louisiana and Mississippi. 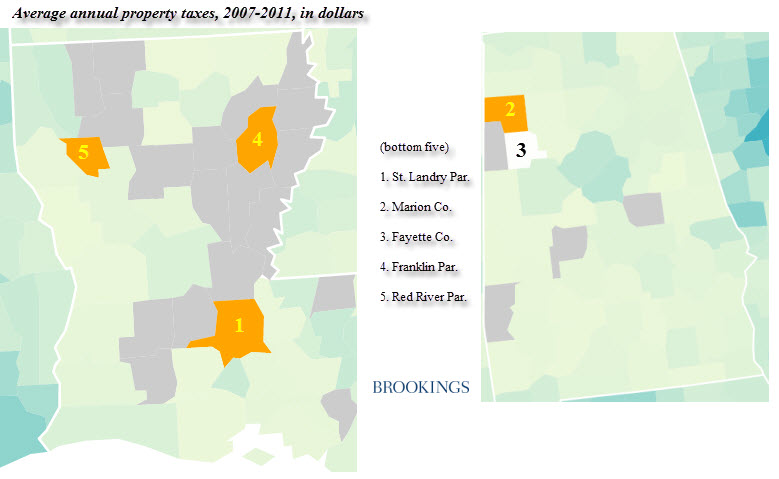 Shannon County is home to the Pine Ridge Indian Reservation and its position on the list, an outlier, is explained by the authors as “the result of low property values combined with low population density.” The authors also explain in their report that these five counties are the only ones with property tax bills in excess of 3 percent of their home’s value (60 percent of counties’ property tax bills were less than 1 percent of their median home value; 37 percent were between 1 and 2 percent).

Harris is a Brookings fellow in the Economic Studies Program. Moore is a research assistant with the Tax Policy Center.