Findings from the PRRI/Brookings Religion, Values, and Immigration Reform Survey, Panel Call Back

In early 2013, Public Religion Research Institute (PRRI) and Brookings released the results of the largest survey ever conducted on religion, values, and immigration reform. This landmark survey showed solid support across religious and party lines for immigration reform that included a path to citizenship for immigrants living in the country illegally, even as many Americans held reservations about the economic and cultural impact of immigrants.

Religion, race, political affiliation and media source are all indicators of the immigration policy that one chooses to support, this survey concludes.  The survey finds that the issue of immigration reform has support across party lines, although there are notable differences in the intensity of support. PRRI and Brookings also find that opposition to immigration reform in 2014 may become a bigger liability for candidates.

Now more than a year later, PRRI and Brookings are sharing further data about how Americans view immigration reforms with results from a panel call back the organizations conducted more recently.

Key findings from this more recent survey include:

Download the full report to learn more about how Americans view certain elements of immigration reform, how news sources impact public opinion, and how American demographics contribute to political sentiment. 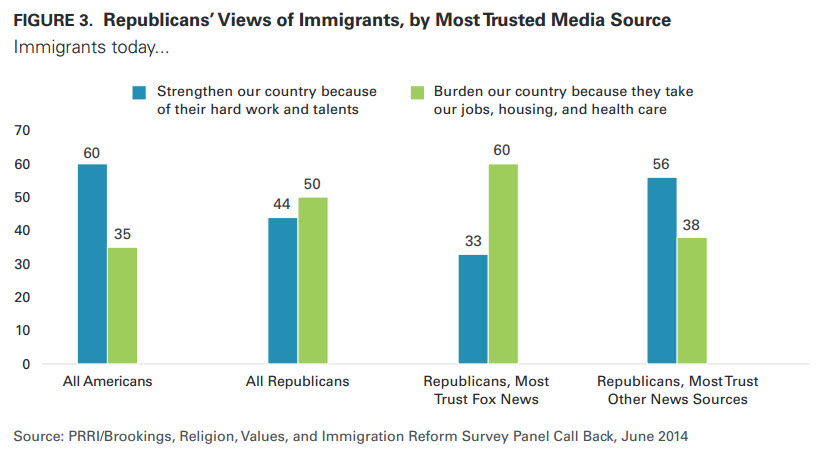 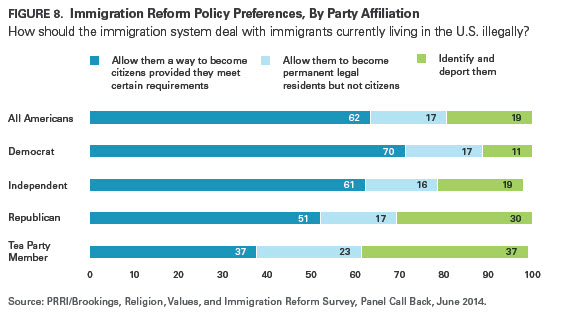 What are Americans thinking about the January 6 hearings