In January 2021, Brookings launched the USMCA initiative. Created as a multiyear project, the USMCA initiative focuses on key developments, identifying how the 2018 trade agreement could create a more competitive, inclusive, and sustainable North American economy. Following USMCA-related issues, such as labor rights and environmental commitments, the initiative utilizes Brookings’ reputation as a world-class non-partisan public policy research organization to identify the many ways USMCA can strengthen and deepen North American economic relations.

At the moment, the USMCA has support from all three of its members’ governments: The U.S., Mexico, and Canada. However, the overwhelming political support should not be taken for granted or considered as an immediate measure of success. Rather, policymakers and thought leaders would be wise to approach the trade agreement as something nascent, requiring consistent time and attention. To succeed, all three nations will need to take measures to deepen their economic relationships, create opportunities for the middle class and labor, as well as address the effects of climate change. If handled properly, the USMCA could serve as a paragon of how like-minded democratic nations can uphold a respect for fair competition and trade and commitment to the rule of law—despite the rise of near-peer competition with countries like China.

The Brookings USMCA initiative has started to create a roadmap for such a success. Over the course of 2021, Brookings convened a series of roundtables and engagements with government officials, key stakeholders from industry, and civil society. In September, the initiative released a policy brief that identified key priorities for building a more competitive, inclusive, and sustainable North American economy. Now, we are proud to launch this flagship report as the first in an annual series that will examine the USMCA’s actions over the course of the previous year, providing an assessment for areas of progress as well as identifying areas for improvement.

With contributions by experts from the U.S., Canada, and Mexico, this year’s report dedicates one chapter to each of the five policy priorities outlined in the September 2021 policy brief: (1) increasing North American competitiveness with a particular focus on Mexico; (2) building more resilient supply chains; (3) expanding use of data and digital technologies and aligning on appropriate regulation for a digital economy; (4) strengthening labor standards; and (5) cooperating on climate change, including on issues of clean technology.

Despite their different perspectives, two key messages emerged from these viewpoints. The first is that all stakeholders across North America see the USMCA as an important opportunity for the region. The second is that many see USMCA as a turning point in North America for a less contested relationship than was the case under its predecessor, the 1993 North American Free Trade Agreement (NAFTA). At the same time, the report also illustrates how important it is for all governments to implement their USMCA commitments. From this perspective, efforts by President Obrador to change Mexico’s energy market and the proposed EV tax credits in the U.S. are of particular concern because they are likely inconsistent with USMCA commitments, would undermine confidence in the USMCA as a stable framework for trilateral trade and investment, and in the case of Mexico, would undercut the government’s ability to achieve its climate goals.

Recognizing this kind of constant push and pull between policies, the Brookings USMCA initiative is an important growing resource. Alongside this report, the initiative plans to launch a number of other products, including a USMCA Tracker, which will be an online resource dedicated to providing comprehensive data on the trade and investment flows across North America and serve as a go-to-source on USMCA meetings and disputes. We believe that by providing independent, world class analyses that identify opportunities and articulate complex domestic realities, the Brookings USMCA initiative will be an essential resource for policymakers and leaders that will help deepen the mutually beneficial cooperation between the U.S., Mexico, and Canada.

Letter from the editors

The United States-Mexico-Canada Agreement (USMCA) is arguably the most significant trade agreement that any of the partner countries has signed since the World Trade Organization was created in 1995. Brahima S. Coulibaly and Joshua P. Meltzer introduce the themes and contributors to this year’s report examining USMCA priorities and challenges.

In order to build a more inclusive and competitive North American economy after the COVID-19 pandemic, governments must enlist the expertise of academia, industry research, and the private sector. Luis De La Calle explores these areas for improvement and describes how trade policy in all three countries must modernize to make the most of USMCA.

With huge supply chain problems still hampering the economy, the use of USMCA to develop a more resilient supply chain in North America has never been more necessary. David Dollar names the needed changes and describes how a unified North American market can counterbalance China in global supply chains.

Digital trade is an important and fast-growing sector of the trade economy, touching e-commerce, online payments, cybersecurity, and transnational services. The USMCA provides a pioneering framework for regulating and building on these developments. Patrick Leblond describes the profound impact the USMCA will have on global value chains which grow more deeply connected every day.

Lessons learned from the NAFTA By Carla A. Hills
04

The political and economic debate over NAFTA often centered on its lasting effect on workers in all three countries. Santiago Levy and Oscar Fentanes tackle this important subject and characterize the changes that a successful USMCA implementation will have on wage growth in Mexico.

The USMCA addresses an extensive range of climate issues, as well as providing the largest budget for environmental enforcement of any American trade agreement. James Bacchus describes not only the immense challenges facing implementation, but also the tools USMCA provides to produce real action on climate.

Mexico’s energy counter-reform could derail the prospects for a prosperous North America By Lourdes Melgar Mexico’s energy reforms: A blow to realizing the most competitive and dynamic region in the world By Meghan L. O’Sullivan

On February 28, the Global Economy and Development program at Brookings will host an online event to discuss the progress of the USMCA to date and opportunities for the future. 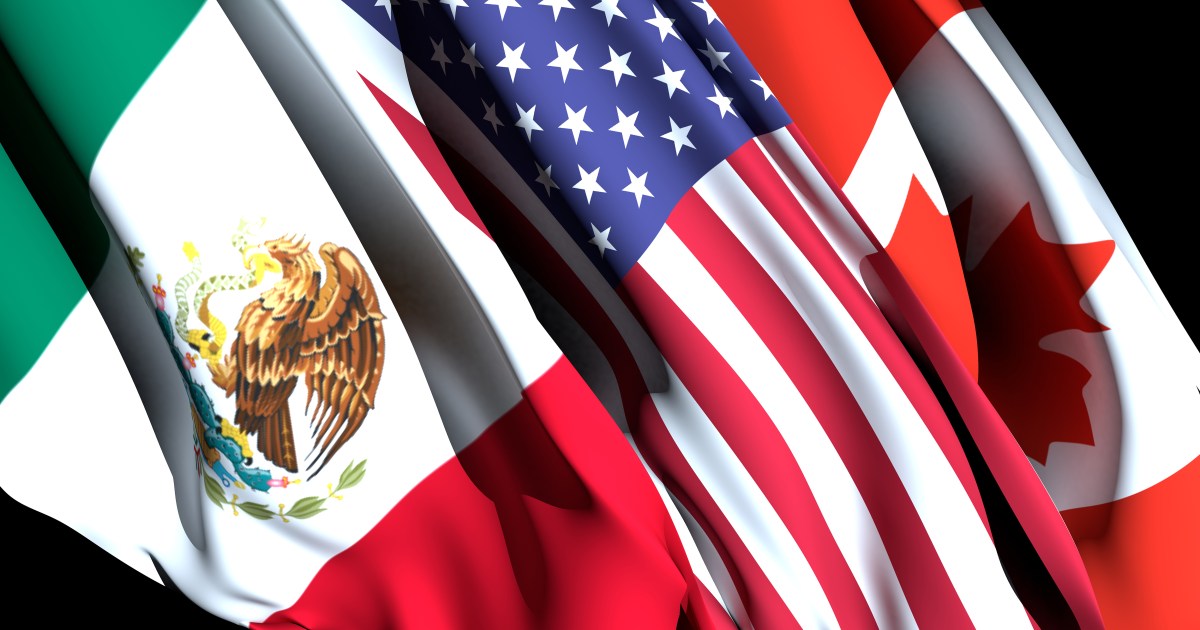 Developing a roadmap for USMCA success