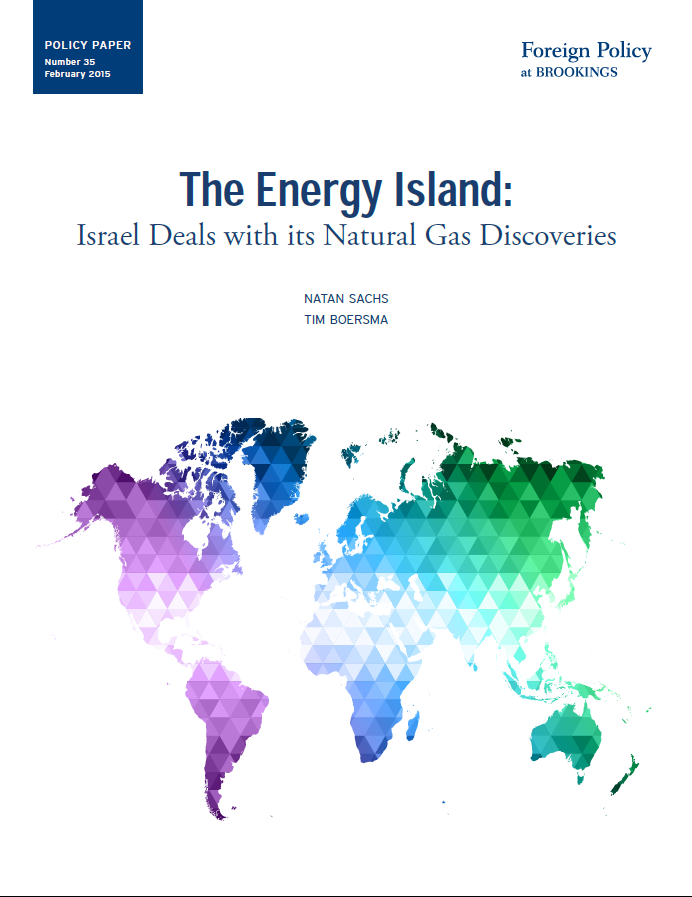 In recent years, major natural gas fields have been found in Israel’s exclusive economic zone. These discoveries have the potential to transform the Israeli energy outlook, enabling the country to diversify its energy sources. Moreover, the discovered volumes of natural gas could theoretically enable regional energy cooperation in the Eastern Mediterranean. Yet, it is still uncertain whether these gas finds can effectively benefit Israeli and regional stakeholders. Since the initial discovery of the gas fields, Israel has revised its royalty and energy export policies and continues to debate regulation of the energy market. However, while the length and tenor of this process has been detrimental to investment, he substance of these debates reflects valid concerns, and suggests a need for robust regulation by Israeli authorities.

Israel’s complicated relations with nearly all its neighbors render it an “energy island,” severely limiting the potential for regional cooperation. As the country contends with its status as an “energy island,” Israeli policymakers are confronted with various challenges related to these new energy discoveries:

The discovery of the Tamar and then the Leviathan fields galvanized social activists and politicians in Israel to call for an overhaul of the energy tax and royalties regime in what has become a heated and politically salient debate.

The discovery of a vast supply of energy seemed to promise freedom from the threat of an energy shortage. Throughout the country’s history, securing the energy supply had been a central concern of Israeli policymakers. The next debate then became whether or not to limit exports, and what effects such limits might have on private investment and on the availability of the gas to the market should investment be limited.

The rationale of those in favor of export was that Israel should treat its energy market as such—a competitive market—at least partially integrated to the regional and international energy markets. Yet, Israel’s energy market remains far from a perfect market; it is, at present, dominated by the partnership of the Delek Group and Noble Energy. Without proper regulation, the monopoly creates a severe problem for the Israeli market, and with one major supplier, the Israel Electric Corporation would have very little leverage when negotiating the price of gas. The resulting price would directly affect both industry and consumers throughout the Israeli economy for decades to come.

In a volatile region, , securing the energy facilities both in the Mediterranean and along the Israeli coast constitute a continued challenge for Israeli policymakers. Of the branches of the Israeli military, Israel’s navy has long been the smallest and least developed. While in recent years its submarine fleet has been upgraded, new platforms are now needed to guard the maritime facilities, along with adaptation of existing systems, including unmanned aerial vehicles, at considerable cost.

There is also the environmental risk involved with these new energy discoveries. The environmental aspects of the maritime activity are not currently regulated properly, a a casualty of the speed with which Israel has had to deal with its gas finds and with the introduction of new types of infrastructure deep in the waters of the Mediterranean. While gas leaks tend to be less severe environmentally than oil spills, an accident in—or sabotage to—the offshore facilities could have severe, and potentially long-term, environmental ramifications. Proper regulation is urgently needed.

Conclusion
From the outset, the discovery of large gas reserves in the Eastern Mediterranean raised the prospect of regional cooperation. Yet, complex and sometimes strained political relations with countries in the region have so far limited effective cooperation. Resolution of the lengthy domestic debates in Israel over natural gas–debates that reflect valid domestic concerns–could in due time also allow for the possibility of regional cooperation on energy. In the long run, however, only a predictable domestic environment will allow Israel, its neighbors, and the United States to overcome the formidable diplomatic challenges of fostering energy cooperation in a volatile region, and allow Israel to cease being an “energy island.”

A German gas crisis will cause jitters across Europe