During the 2000s, major metropolitan suburbs became home to the largest and fastest-growing poor population in America. As a result, the federal policies that were created to help people in low-income communities are no longer well matched to this new suburban geography of poverty. In this report the authors analyze which congressional districts are most affected by suburbanizing poverty, creating a stake in a broader agenda to reinvent place-based anti-poverty policy.

Using data from Census 2000 and the American Community Survey five year estimates from 2007 to 2011, Kneebone, Berube and Williams find that poverty grew in almost every Congressional district during the 2000s, affecting nearly equal numbers of Republican and Democratic districts. Specifically, poverty grew in 388 of the 435 districts, most of which include a portion of the suburbs within the largest 100 U.S. metropolitan areas. 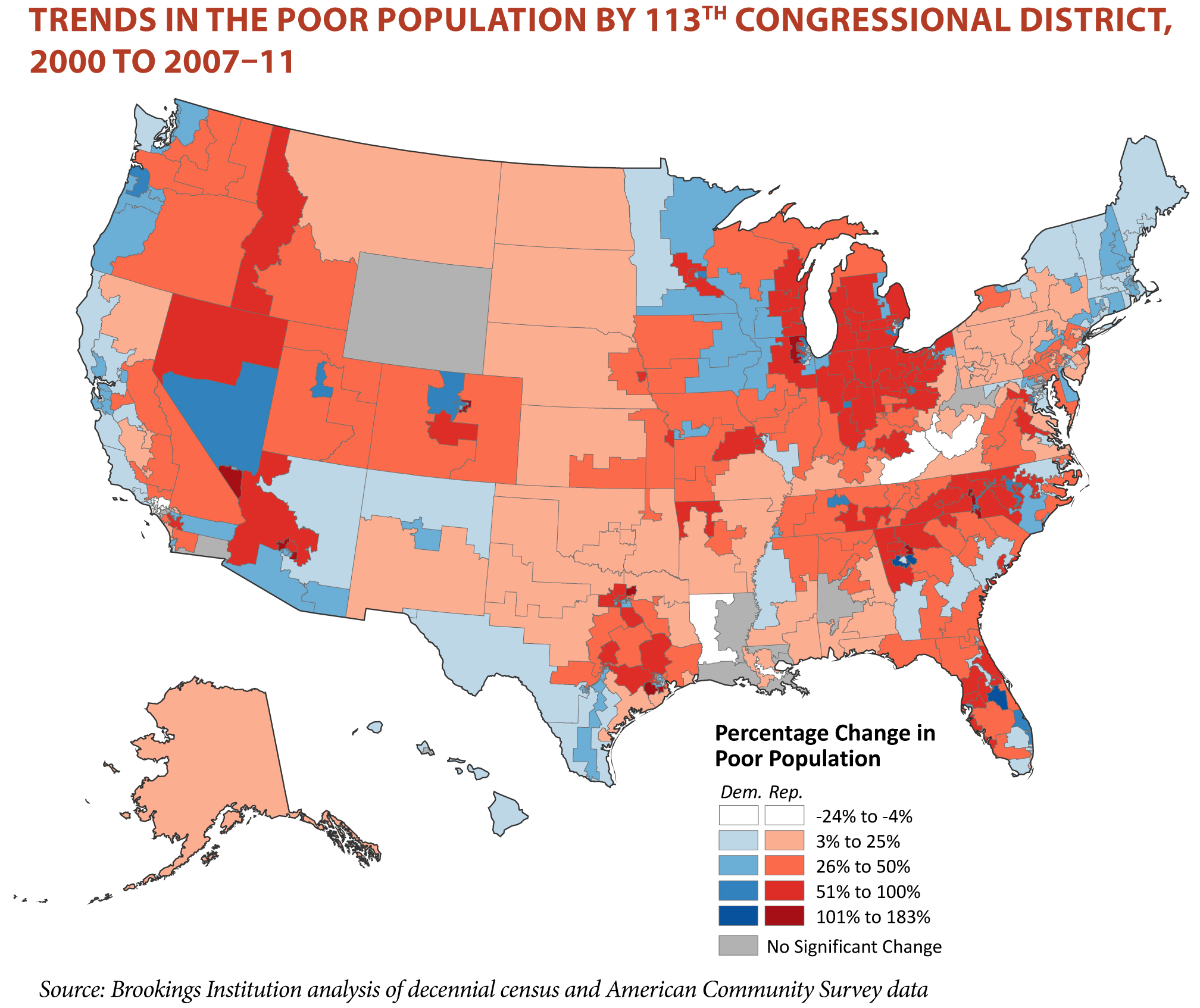 Countering the geography of discontent: Strategies for left-behind places