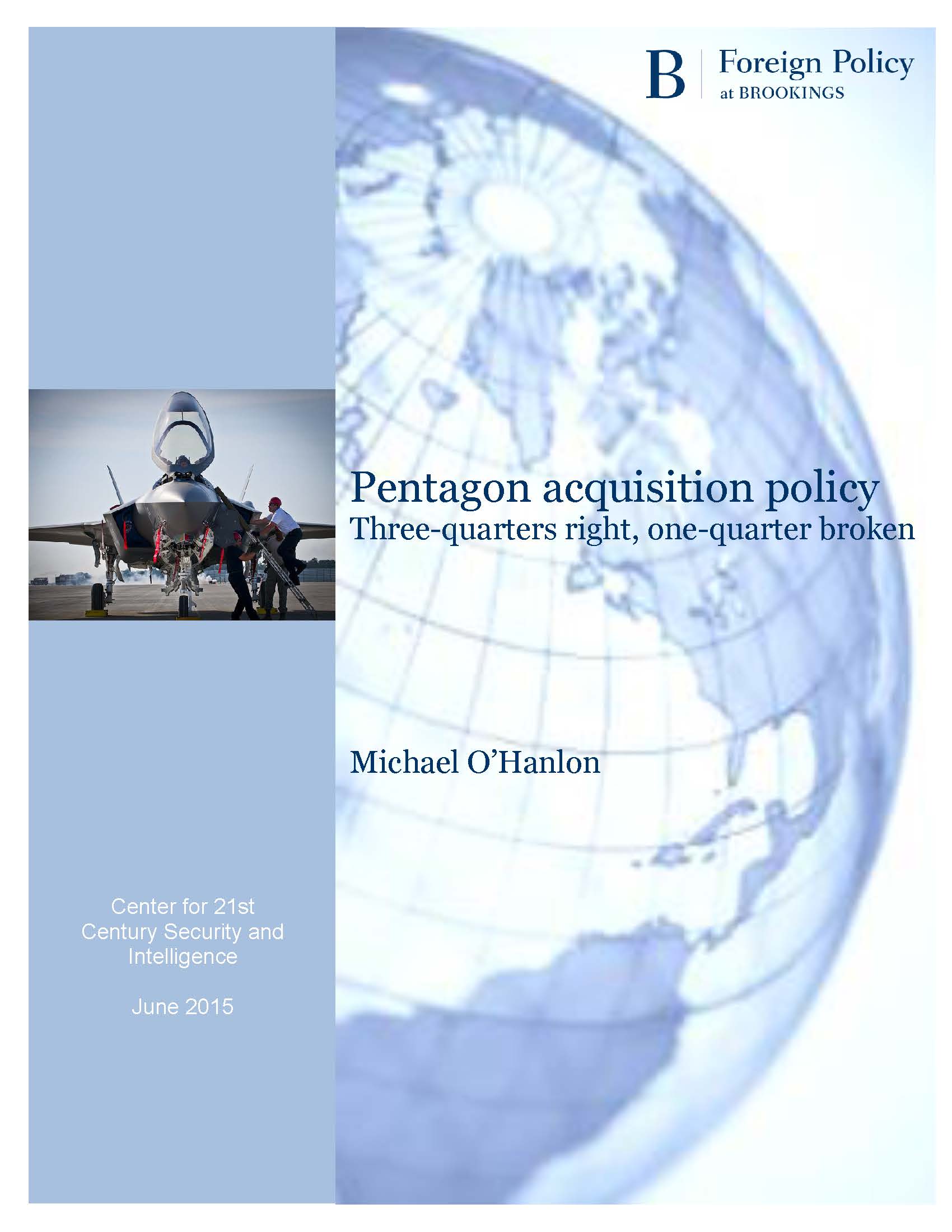 The American defense debate is afflicted by a certain schizophrenia about how the Pentagon buys its weapons and other equipment, and about the state of America’s defense industrial base. On the one hand, the media narrative often fixates on horror stories concerning $600 toilet seats, billion-dollar aircraft and ships, fighter jets costing three times what was originally expected, and programs canceled for poor performance. The Department of Defense went into the Iraq and Afghanistan wars only moderately well prepared, in terms of equipment and training, for the kind of fighting that ensued, and took several years to find its stride. Eisenhower’s warnings of a military-industrial complex bilking the taxpayer and putting the nation’s economy at risk still echo today—but now it is the military-industrial-congressional complex that adds parochial politics and log-rolling appropriators to the witches’ brew as well.

Defense acquisition reform has been a major preoccupation of planners for more than half a century—and will likely remain that way for at least as long into the future—given the complex nature of the defense research, development, and procurement enterprise. But even gradual, incremental progress is worth striving for—and it is also of considerable value to the taxpayer, the armed forces, and the nation. And in some areas such as IT acquisition, where the technologies are newer and change faster, the opportunities may be particularly ripe for exploitation if DOD can truly learn to do business better. The system is not broken, but it can do better:

US grand strategy under President Biden and beyond

Putin just tested a new long-range missile. What does that mean?

The future of American air power