How cohesive is the G-20 as a group? Can it be divided along the lines of the West and the BRICS (Brazil, Russia, India, China and South Africa)? At the summit in Brisbane, the G-20 will discuss growth strategies, the gender income gap, development policy, global institutions, energy and other issues. But what about the controversial topics of international order that are not on the agenda?

The Brookings Project on International Order and Strategy addressed these questions in an analysis of the position that each G-20 member state takes on six major international issues—Russia’s invasion of Ukraine, the containment of Ebola in West Africa, the fight against ISIS, Chinese behavior in the South China Sea, nuclear negotiations with Iran and climate change. 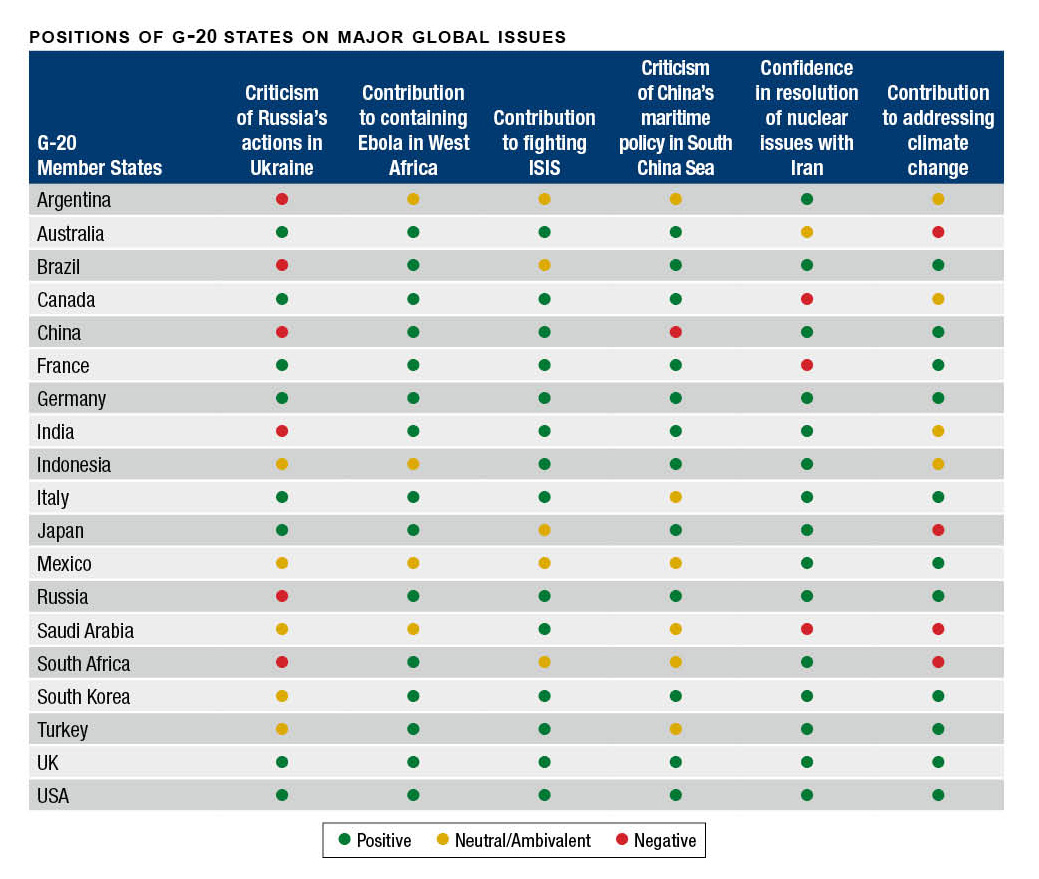 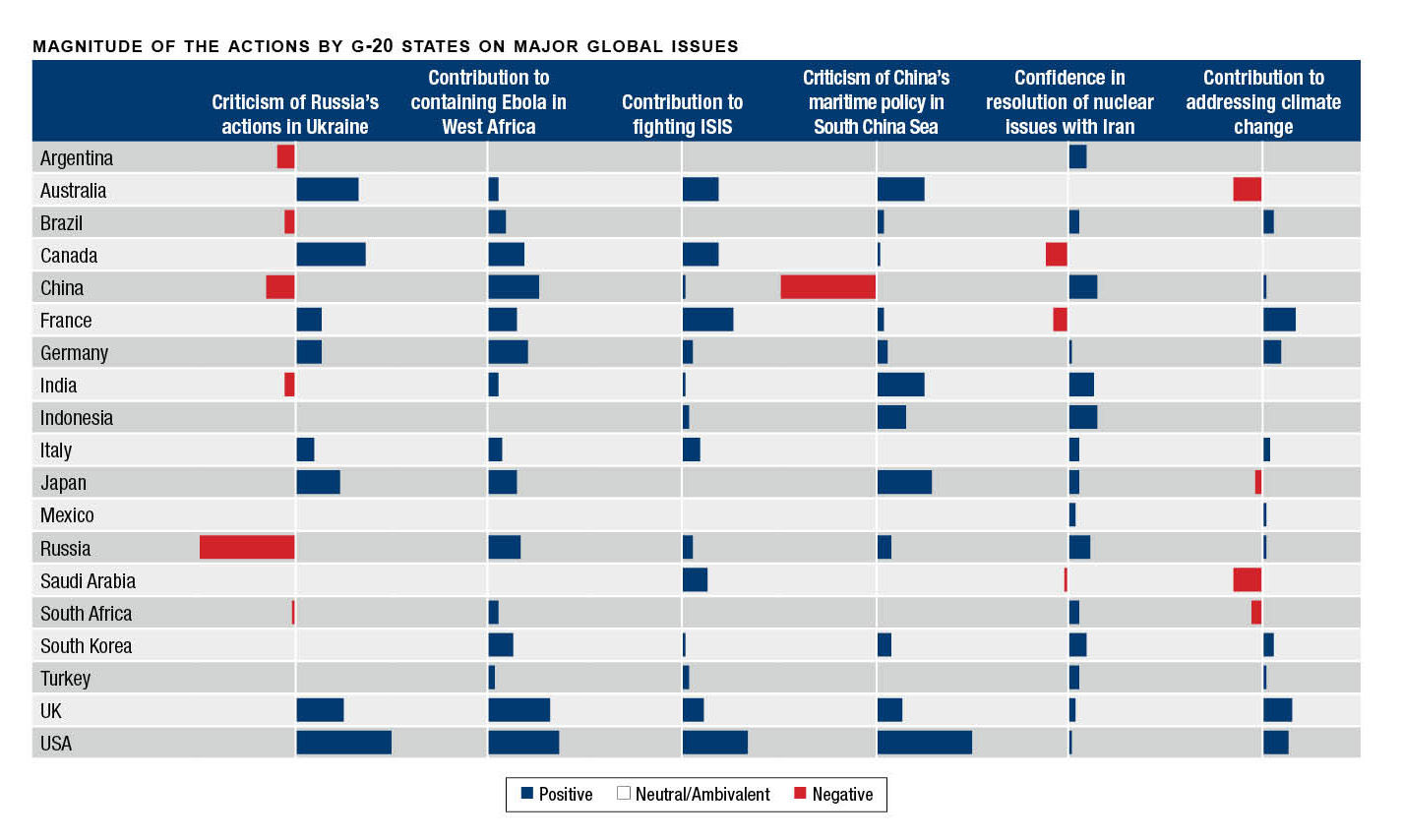 A Note on Methodology

In order to gauge the degree of agreement among the G-20 member states in the run up to this weekend’s summit in Brisbane, we chose six issues we thought most likely to provoke strong stances from the member states and which would best reveal areas of consensus or cleavage between the states. These issues were Russia’s actions in Ukraine, efforts to contain the Ebola outbreak in West Africa, the fight against the Islamic State in Iraq and Syria, condemnation of China’s maritime policy in the South China Sea, confidence in finding a diplomatic resolution to the impasse over Iran’s nuclear program, and efforts to slow, reverse or mitigate climate change.

For each of the major issues, we selected two to six common ways in which states have responded (or failed to respond) since the last G-20 summit in St. Petersburg in September 2013. These actions (or non-actions) were then weighted based on their relative significance—for example, on Russia’s actions in Ukraine, a statement of condemnation was weighted 0.25 while the imposition of sanctions was weighted 1. We then graded each state’s position by the sum of their positive and negative (re)actions. It is worth noting here that sums of zero should not necessarily be read as inaction or neutrality, but in some cases may indicate an ambivalent position on an issue. Grades were based upon an analysis of news reports, public statements by government officials, press releases, etc. since the St. Petersburg Summit. Please see appendix for a more detailed explanation of how we assessed each country’s position on each issue and arrived at our conclusions.

As a disclaimer, we acknowledge that by its very nature the tool we are using is imprecise and relies on a degree of subjectivity in grading both the direction and magnitude of G-20 states actions or positions. We do not claim this is a definitive statement of their positions on these issues, but we believe it is useful as a brief, general indication of areas of convergence and divergence between the member states.