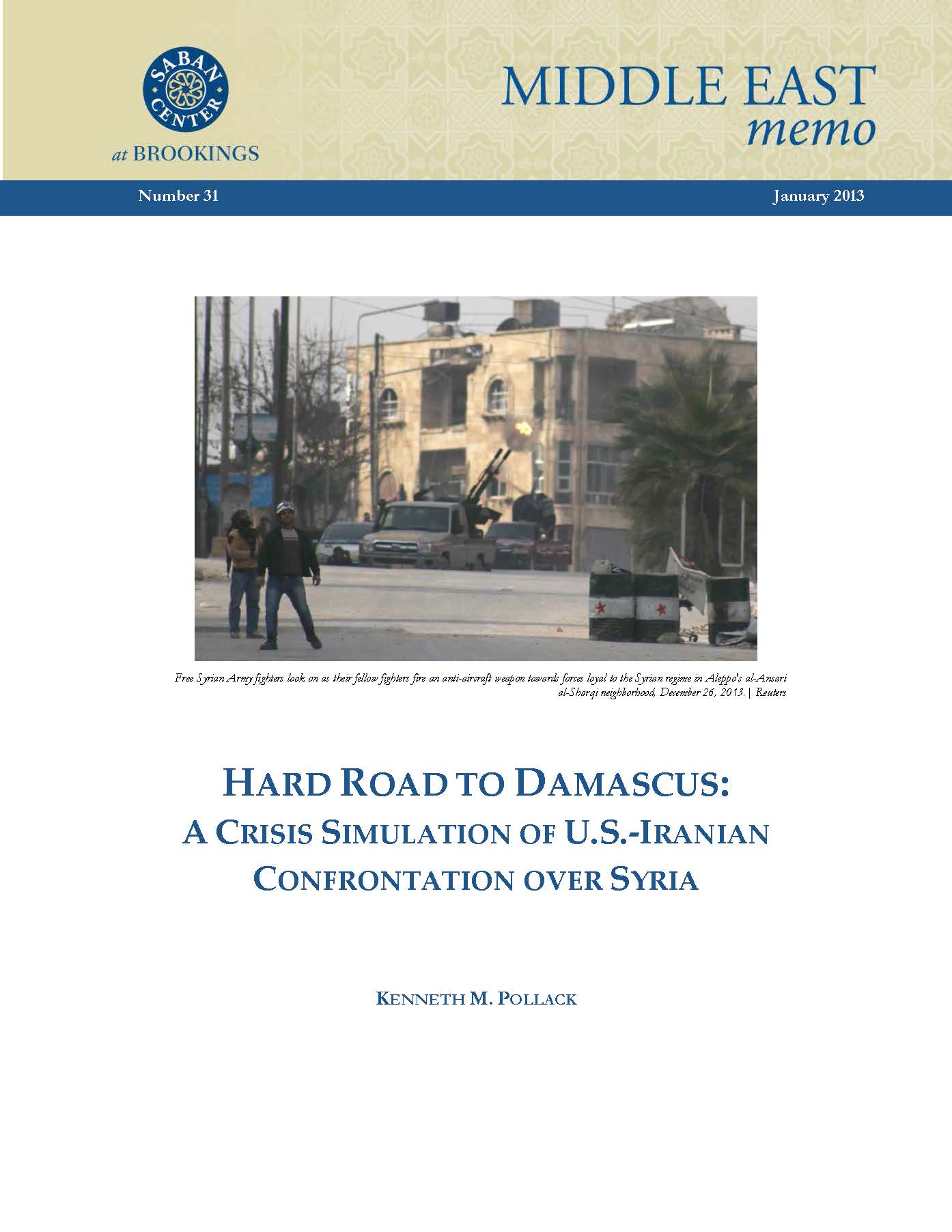 Last September, as part of its annual conference with the United States Central Command, the Saban Center for Middle East Policy at the Brookings Institution conducted a day-long simulation of a confrontation between the United States and Iran arising from a hypothetical scenario in which the Syrian opposition had made significant gains in its civil war and was on the verge of crushing the Assad regime.

The simulation suggested that, even in the wake of President Rouhani’s ascension to power and the changed atmosphere between Tehran and Washington, there is still a risk of misunderstanding and miscalculation between the two sides.

This new Middle East Memo examines the possible U.S. foreign policy lessons that emerged from this crisis simulation, and stresses the importance of communication, understanding the Saudi-Iran conflict and the difficulty in limited interventions.