The global financial crisis of the late 2000s precipitated an economic downturn of such magnitude and reach that many now refer to the period as the “Great Recession.” According to the International Monetary Fund, global economic output, which had grown at an annual rate of 3.2 percent from 1993 to 2007, actually shrank by 2 percent from 2008 to 2009. A precarious economic recovery is now underway.

Aggregate views of the global economy, however, mask the distinct experiences of its real hubs—major metropolitan areas. Metro areas, which are economically integrated collections of cities, suburbs, and often surrounding rural areas, are centers of high-value economic activity in their respective nations and worldwide. And because metros form the fundamental bases for national and international economies, understanding their relative positioning before,during, and after the Great Recession provides important evidence on emerging shifts in the location of global economic resilience and future growth.


The Global MetroMonitor examines data on economic output and employment in 150 of the world’s largest metropolitan economies, located in 53 countries, from 1993 to 2010.

EUROPE
Though European metros on average weathered the recession slightly better than U.S. metros, they are struggling in the recovery, with metros such as Dublin, Athens, and Riga still losing employment and income from 2009 to 2010. 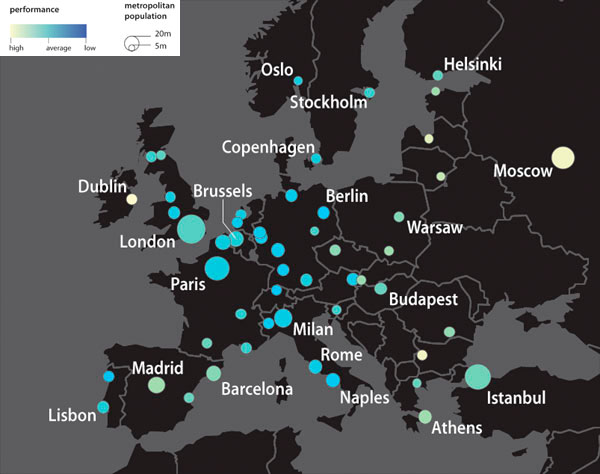 NORTH AMERICA
U.S. metros were most heavily affected by the Great Recession.  Many rebounded strongly in the rankings in the recovery period due to robust income growth, but continued to post modest employment losses. 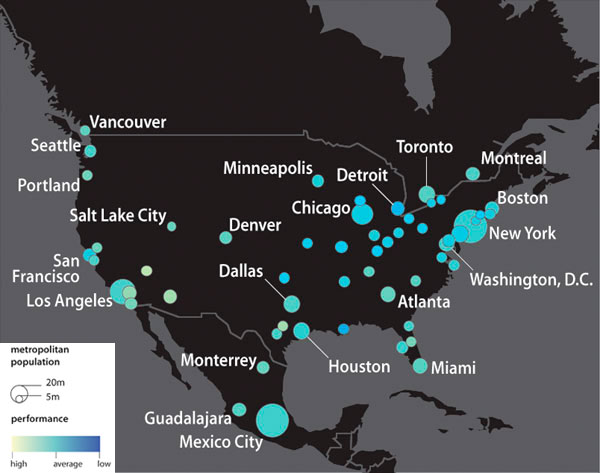 SOUTH AMERICA
South American metros were only lightly affected by the global downturn, and all eight ranked among the 32 best-performing metro areas in the first year of the global economic recovery. 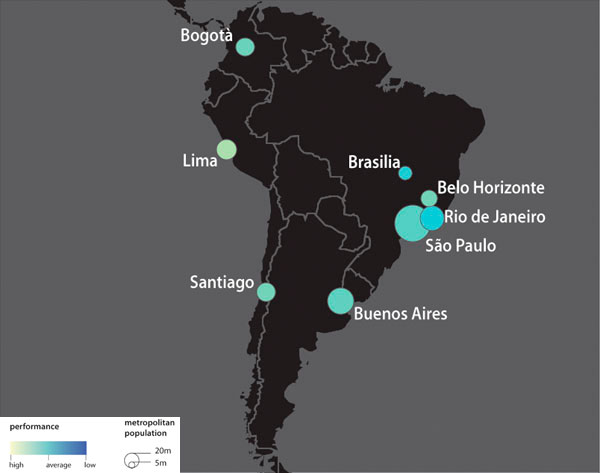 AFRICA/MIDDLE EAST
The Africa/Middle East region contained high performers in the North African metros of Cairo and Alexandria, but also metros struggling in the recovery including Johannesburg, Cape Town, and Dubai. 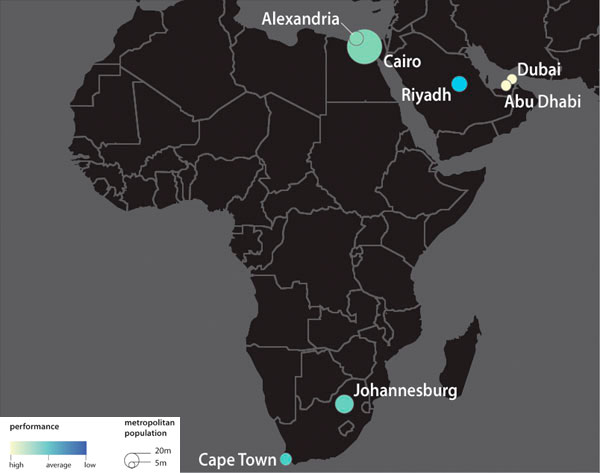 ASIA/OCEANIA
Emerging-market metros in China and India ranked among the top performers in all periods, and higher-income metros such as Hong Kong, Singapore, Sydney, and Seoul posted above-average rankings throughout. 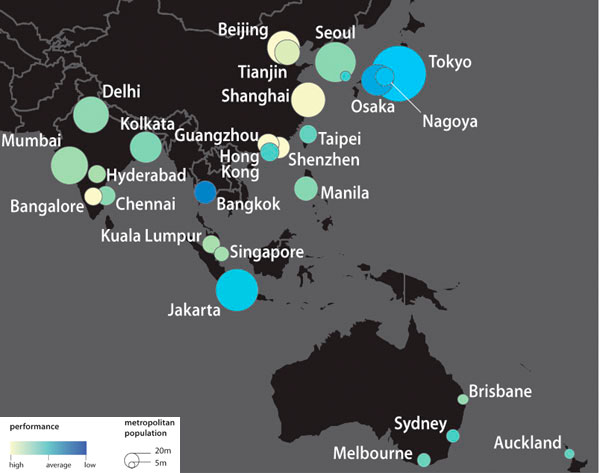