More than half the world’s population now lives in urban areas, and the 300 largest metropolitan economies in the world account for nearly half of all global output. The concentration of economic growth and prosperity in large metro areas defines the modern global economy, creating both opportunities and challenges in an era in which national political, economic, and societal trends are increasingly influenced by subnational dynamics. Understanding these large metro areas’ economic trajectory, which we measure through employment and GDP per capita measures, offers additional insights into the sources of growth that national or regional assessments tend to obscure.

While large metro areas expanded at a faster pace than the global economy, there is much regional variation in performance. China and Emerging Asia-Pacific overwhelmingly dominate the upper ranks of performance, whereas those that exhibited slower growth included many Latin American metro areas, especially Brazil’s large cities. 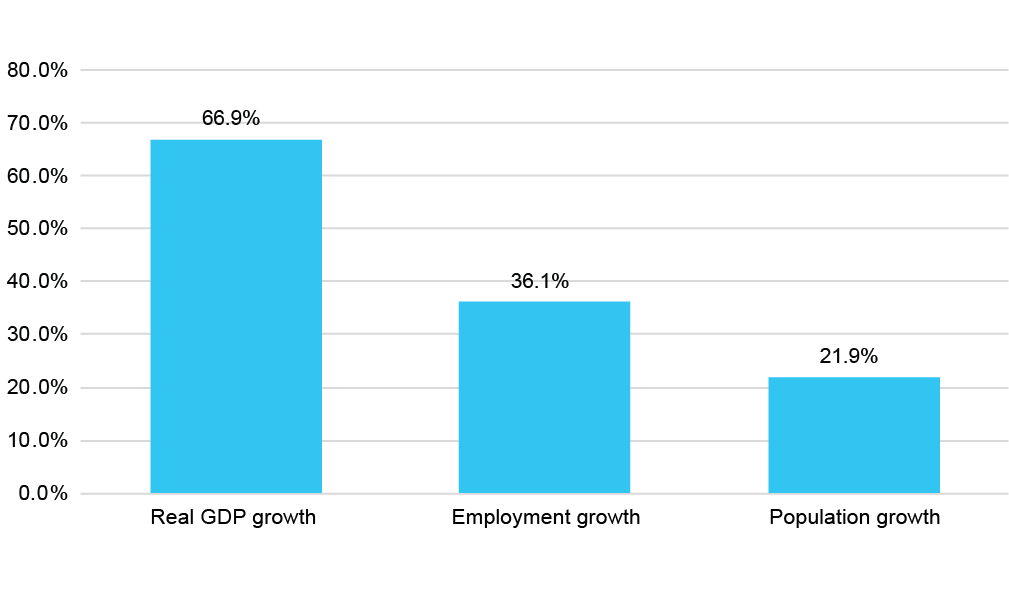 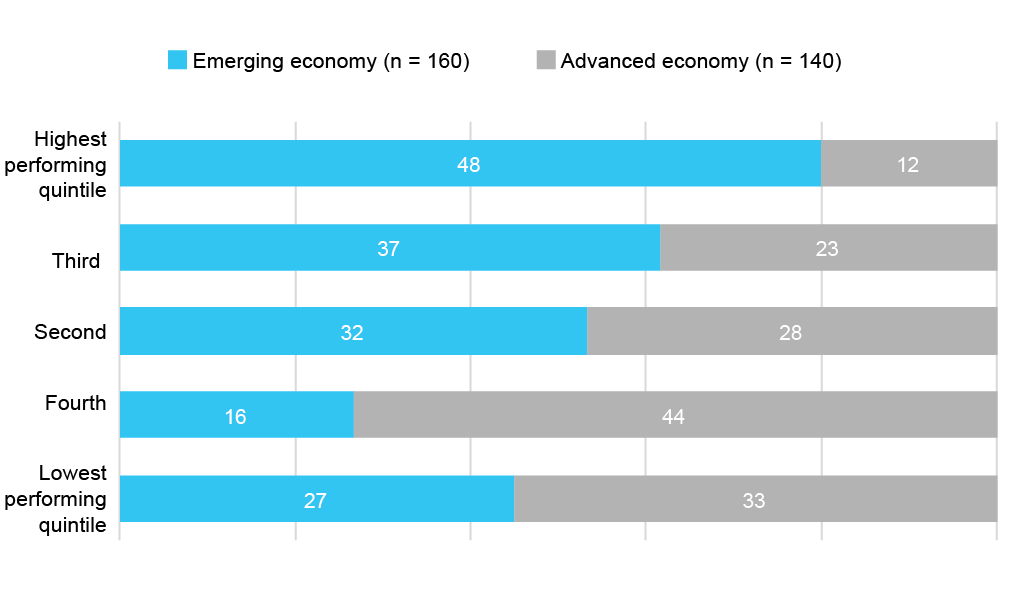 Read more on page 7 about the fastest and slowest growing economies from 2014 to 2016.»

2Global trends mask notable variation in the performance of large metropolitan economies across world regions between 2014 and 2016.

Reading the charts below 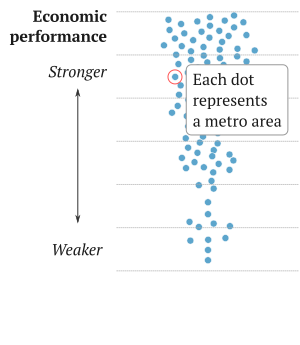 In Eastern Europe and Central Asia, large metro areas expanded employment even as the rest of the region stagnated. North America and Western Europe experienced moderate growth between 2014 and 2016.

To measure overall economic performance, this report presents an economic performance index based on four economic indicators depicted above: absolute and percent change in jobs and GDP per capita. There is much regional variation in the performance index. China and Emerging Asia-Pacific overwhelmingly dominate the upper ranks of performance, although North American tech hubs such as San Jose and San Francisco also demonstrated significant growth. Meanwhile, those that exhibited slower growth included many Latin American metro areas, especially Brazil’s large cities, and metro areas in Western Europe and the Advanced Asia-Pacific region.

Read more on page 12 regarding the variance in large metro area performance by region.»

3Between 2014 and 2016, just over half of the world’s 300 largest metropolitan economies were considered “pockets of growth,” high-performing metro areas disproportionately accountable for employment and GDP per capita growth.

In the short term, between 2014 and 2016, 51 percent of the 300 largest metro areas registered higher growth rates than their region in both employment and GDP per capita. Over the longer term, between 2000 and 2016, slightly more metro areas (53 percent) were pockets of growth, driven by the better long-term performance of metro areas in Advanced Asia-Pacific, Western Europe, and China. Notably, in North America and the Middle East and Africa, large metro areas were much more likely to be pockets of growth in the short term than in the long term, whereas in Advanced Asia-Pacific and Western Europe the reverse pattern holds. 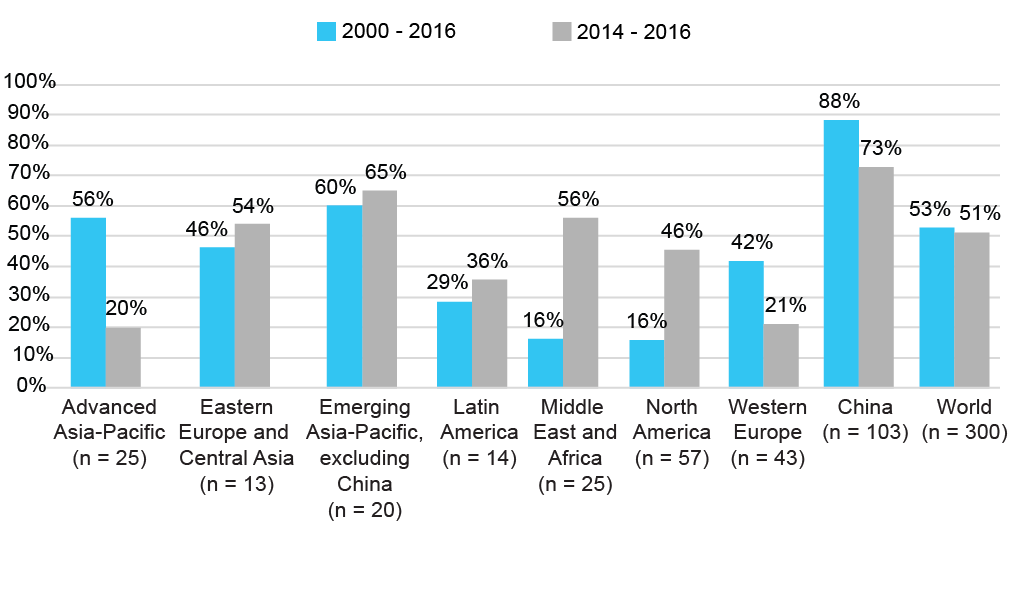 Reflecting its historic urban economic growth, China led this “pocket of growth” category between 2014 and 2016 with 75 metro areas, followed by North America (26) and the Middle East and Africa (14).

Read more on page 16 about specific examples of metro area performance within each region.»