Long-term forecasts by the private and public sectors predict that coal will continue to play a significant role in the global energy mix for decades to come. At the same time, coal is the largest source of carbon dioxide and other harmful emissions.

Energy access is still not the reality for hundreds of millions of people and the world’s population continues to grow. Most of these people will live in emerging markets where access to cheap coal-based electricity is, correctly or incorrectly, often viewed as vital for economic development. The overall increase in global energy demand has momentous implications for the world’s efforts to combat global climate change as well as to improve public health in fast growing emerging economies. This is particularly the case in countries where state of the art new coal technologies are not currently available. Coal exemplifies the difficulty in balancing tradeoffs among the environmental, economic, and energy security objectives embedded in energy policymaking. 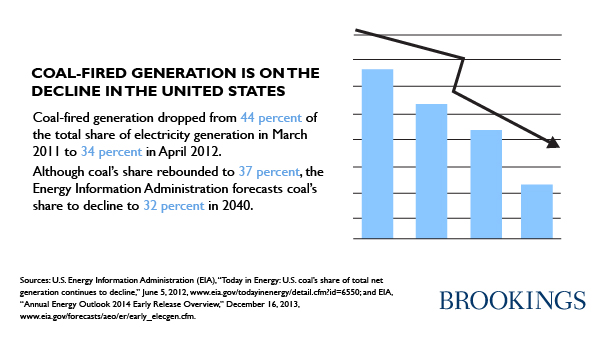 The Energy Security and Climate Initiative (ECSI) at Brookings has launched a major new research project, Coal in the 21st Century, to assist policymakers in understanding the complexities associated with coal usage worldwide and provide an unbiased assessment of how to deal with coal moving forward. In this first policy brief, “Coal Markets in Motion,” ESCI provides an overview of the global and domestic coal markets, discussing the major trends in coal exports, consumption, and pricing. Internationally, we pay particular attention to China, India, Indonesia, and Australia, who together will account for 70 percent of global coal production by 2040. On the domestic side, we address the state of U.S. coal exports, the impact of climate policy on domestic coal usage, and prospects for clean coal technology in the United States. 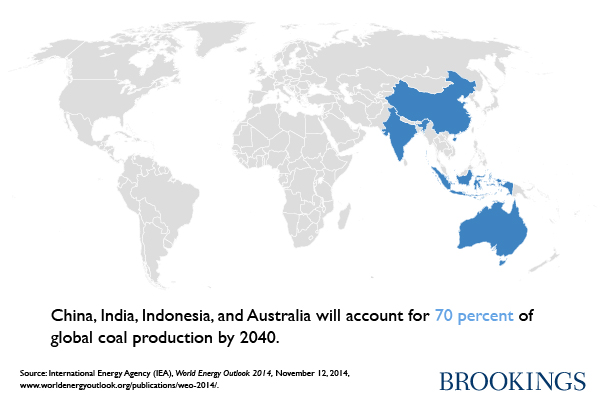 Over the course of the next year, ESCI will continue to delve into major issues influencing the future of coal. We invite you to follow our work on our Coal in the 21st Century series page and engage with us in the conversation on Twitter using #FutureofCoal.