The usually sleepy world of public finance is suddenly getting a good deal of attention.  The White House and others are pushing a number of new financing agencies and bonding programs to stimulate investment in public infrastructure across the United States.  However, decoding the alphabet soup of programs—AFFs, BABs, PABs, QPIBs for PPPs—is challenging even for finance experts.

The most significant proposals are for qualified public infrastructure bonds (QPIBs) and two different America Fast Forward bonds(AFF bonds). While the specific details and likelihood of passage of these programs remain in flux, the proposals represent a growing push to make infrastructure debt more accessible to a wider range of institutions and individuals, provide more flexibility for state and local governments, and offer more opportunities for the private sector to take an active role in financing, designing, building, maintaining, and operating public infrastructure assets.

These proposals do not exist in a vacuum. Both QPIBs and AFF bonds build on a history of federal involvement in infrastructure financing, while also addressing the limitations of the existing system. The following is a description of America’s major subsidized infrastructure debt tools (a number of smaller programs, like qualified energy conservation bonds, are not discussed here), as well as an explanation of how QPIBs and AFF bonds fit into that landscape. 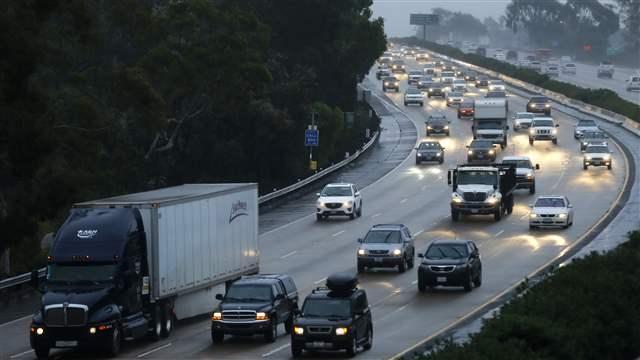 The United States finances infrastructure debt in a unique way. While most countries use their central banks, private banks, or multilateral banks like the International Monetary Fund as lenders for big projects, the majority of states and cities across America go directly to citizens for their borrowing needs. (It is important to note, however, that there has been a recent jump in direct bank lending).

States and localities originate either taxable or tax-exempt bonds that are primarily sold to private individuals. Nearly 75% of the $3.6 trillion of outstanding debt issued by cities and states is owned directly or indirectly, usually through a municipal bond fund, by American households.

Over the past century, the United States has experimented with a variety of subsidy and incentive programs to help lower the borrowing costs for state and local governments and provide them with the flexibility to get projects done. The three most notable programs are tax-exempt government bonds (often called tax-exempt munis), private activity bonds (PABs), and Build America bonds (BABs).

The largest, oldest, and most frequently used bonding program the federal government offers to states, localities, and agencies like departments of transportation and school districts comes in the form of the tax exempt government bond. This flexible bond is used to finance everything from public buildings and bridges to highways and airports. There is no federal cap on the amount of tax-exempt municipal debt governments can issue, but in 2014 an estimated $341 billion of bonds were put on the market.

States, localities, and agencies have broad discretion to issue these bonds and sell them to individuals and institutions like banks. The federal government allows bond owners to deduct the interest earned, a perk that frees the issuing government to pay a lower premium and still be competitive. Each year the federal government forgoes approximately $30 billion in revenue through this subsidy.

This tax exemption appeals to a range of individual and institutional investors. However, tax-exempt organizations like public pension funds, international investors who do not pay federal taxes, and individuals who already have low marginal tax rates tend to avoid muni bonds because they generally do not receive a significant benefit from the tax exemption.

PABs are another widely used federally authorized tool. While tax-exempt municipal bonds are geared toward infrastructure projects with a public benefit, PABs are directed at projects that primarily benefit private entities but also serve some public purpose. PABs are issued by state and local governments for projects where more than 10 percent of the proceeds benefit a nongovernmental entity, and bond holders are directly or indirectly paid back by a private business.

In total, $35.2 billion of PABs will be available to states and localities in 2015, and these will be used for a range of qualified private activities like sewage facilities and high-speed intercity rail. However, the majority of PAB allocations are used for low-income housing and student loan programs.

Unlike traditional tax-exempt muni bonds, the total amount of available PABs is allocated on a state-by-state basis through aformula, and they are not exempt from the federal alternative minimum tax. PABs come with a number of eligibility restrictions that dictate the way public- and private-sector partners can work together to operate the asset, establish leasing terms, and set the contract duration. The program has also faced scrutiny for subsidizing projects that may not be in the public interest, and some have suggested getting rid of PABs as a cost-saving measure.

Created during the financial crisis as a stimulus, Build America bonds (BABs) functioned much like traditional municipal bonds, except that BABs were taxable bonds that gave either a 35 percent direct federal subsidy to the borrower (direct payment BABs) or a federal tax credit worth 35 percent of the interest owed to the investor (tax credit BABs). As a result, BABs proved attractive to a much wider range of investors than typical municipal securities. International pension and insurance funds, corporate pension funds, lower-tax-bracket individuals, and tax-exempt organizations like public pension funds all bought into the market. Over the short lifespan of the program, $185 billion of BABs were issued.

While there is compelling evidence that BABs were a success and a more efficient way for the federal government to subsidize state and local borrowing costs, the program was undercut by congressional dysfunction. Due to the across-the-board sequester, the BABs subsidy was cut by 7.3%, which decreased the payments that many bond holders had been promised. This unexpected payment reduction diminished many bond buyers’ faith in the federal government’s ability to effectively administrate these kinds of direct subsidy programs. 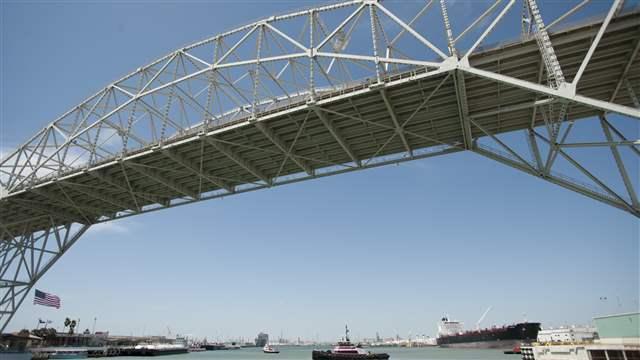 Both QPIBs and AFF bonds are designed to fill the gaps between existing tax-exempt muni bonds and PABs, while also building on some of the lessons learned from the defunct BABs initiative.

Of the new bond proposals, QPIBs are the most straightforward. Under the Obama administration’s proposal, these bonds would have all the same characteristics as PABs but would not be subject to any state borrowing caps. Furthermore, they would be exempt from the alternative minimum tax.

Existing bond programs work really well when the public sector is building a project on its own or if it wants to modestly engage the private sector in some aspect of a deal. However, more complex public-private partnerships (PPPs), in which each sector takes on different risks and rewards in a project, have limited eligibility for existing federal bond programs. QPIBs are one way to give states and localities more options to work with the private sector without giving up the advantage of federally subsidized debt.

As America expands its PPP market, there is a huge appetite for a program like QPIBs. They build on an existing and popular financing tool and give states and localities more financing options for procuring the infrastructure they need. Critically, QPIBs are structurally similar enough to PABs that both issuers and buyers should be able to quickly make use of the bonds without facing a significant learning curve.

However, the QPIB proposal falls short in two respects. First, as written, QPIBs could not be used for social infrastructure projects like schools or courthouses, despite the acute need to modernize these facilities throughout the nation. Secondly, the likelihood that the QPIB program will be enacted is slim—the Republican-controlled Congress has shown little appetite for any of the administration’s proposals. As a result, it may be easier for Congress to either propose its own QPIB-like program or simply expand the existing PABs framework as part of a larger transportation or tax reform bill.

The Obama administration’s AFF bond proposal addresses another gap in the current financing environment and builds off the lessons learned through the BABs program. Unlike PABs, QPIBs, and tax-exempt munis, AFF bonds provide a 28% subsidy to state and local issuers from the Treasury Department on the interest rate of the bonds. These taxable bonds would directly appeal to a wide variety of investors, including public pension funds, corporate pensions, sovereign wealth funds, insurance companies, and taxpayers in lower income brackets.

To add another layer of complexity, a competing AFF bond proposal has been proposed that uses a different subsidy structure. Instead of receiving an interest payment or a direct subsidy, bond holders get an annual tax credit that can be applied to all forms of their taxable income, including federal benefit and wage withholdings. Much like the administration’s proposal, a tax credit scheme opens up the market for infrastructure debt to a much larger group of investors.

Regardless of the subsidy structure, both AFF bond proposals retain two core characteristics that make them an appealing policy choice. Both respond to a growing interest in expanding the market for infrastructure debt to appeal to a broader group of individuals and institutions, thereby driving down costs through increased demand. Furthermore, they give cities and states more flexibility to choose between the taxable and tax-exempt bond markets, which may offer different rates or have different appetites for new debt.

As with QPIBs, complicating factors have the potential to undermine the programs. First, it is not clear that borrowing costs are the driving factor behind the nation’s underinvestment in infrastructure. Most cities, states, and the federal government can use bonds to secure infrastructure financing at historically low rates—yet they are not borrowing. Therefore, it is not clear that reducing borrowing costs should be a high priority in the current policy debate.

Second, the short-term political prospects for both AFF bond proposals are relatively dim. The administration’s proposal closely resembles BABs, which were unloved by congressional Republicans and provoked resentment among both bond issuers and buyers who were hurt by sequester-related cuts. The second AFF proposal faces similar challenges, as well as the complication of explaining a relatively novel subsidy structure to members of Congress.

What this means for public infrastructure financing


All these new programs, acronyms, subsidy structures, and requirements are confusing. But at their heart both QPIBs and AFF bonds address two clear gaps in the current market:

Though most Americans pay little attention to public finance, QPIBs and AFF bonds have the potential to affect people’s lives. These new bond programs, if enacted, have the potential to introduce more diversity and stability into many people’s retirement portfolios—whether in their 401(k)s or their pension plans. Even more tangibly, these bonds will help deliver the safe, reliable, and resilient infrastructure that America needs to keep its economic engine running.