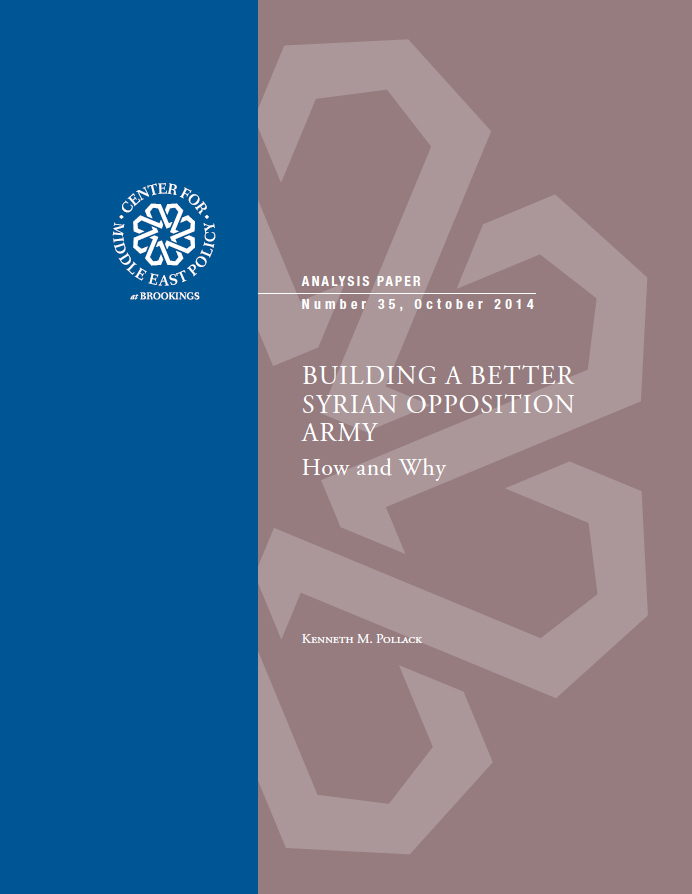 What a difference a year makes. In the fall of 2013, Syria dominated the headlines, in part from fear that its spillover would destabilize its neighbors, Iraq first among them. Sadly, those fears proved prophetic. Sparks from Syria, in the form of the Salafi terrorist group calling itself the Islamic State of Iraq and Syria (ISIS), helped reignite the Iraqi civil war. And the implosion of Iraq has pulled the Syrian conflict which triggered it back into the spotlight of America’s foreign policy debate.

Yet throughout that year, the notion of increased American involvement, and in particular, ramped up assistance to the Syrian opposition was effectively off the table. The Administration and most of its critics regularly scoffed at the idea. Now, thanks to the crisis in Iraq and the belated recognition that spillover from Syria is an important element of the problems there, what was once ridiculed is now policy.

In his speech to the nation in September 2014, President Obama finally pledged to build a moderate Syrian opposition, one capable of taking on both the Asad regime and Sunni extremist groups like ISIS. Weeks later, the Congress passed bills appropriating $500 million for that mission. As of this writing in early fall 2014, the administration’s plans are not completely clear. Nevertheless, from what has become publicly available, it does appear that Washington has adopted the strategy toward Syria presented in this paper. Consequently, this study should be seen as an effort to explain in greater detail how such a policy should be implemented, why it makes sense for the United States, and why it is a reasonable (perhaps even necessary) move by the U.S. government.