Candidates and elected officials have many proposals to change how Americans get health insurance coverage, ranging from President Trump’s proposals to repeal and replace the Affordable Care Act (ACA) to proposals by some Democratic presidential candidates to create a single payer system. These proposals vary widely, sometimes because different policymakers have different objectives and sometimes because they disagree about how to achieve shared objectives. This piece provides an overview of how Americans get coverage today and how prominent proposals would change those arrangements.

How do Americans get health insurance today?

Today, more than 90% of Americans have health insurance. Slightly more than half of Americans have coverage through their own job or a family member’s. Another 17% have coverage through Medicare, a federal program that covers seniors and some people with disabilities, while 17% have coverage through Medicaid, a joint state-federal program that covers low-income people. Around 5% buy coverage on the individual market, either through the Marketplaces established by the ACA or directly from an insurance company. About 9% of Americans—almost 30 million people—have no insurance. The share of Americans without insurance has fallen by more than two-fifths since enactment of the ACA, largely because the law expanded Medicaid to more low-income people and created financial assistance for most people who purchase individual market coverage.

These numbers represent a point in time, but individuals’ coverage status changes over time; people with insurance today can become uninsured or obtain coverage from another source in the future, while currently uninsured people may gain coverage. This means that a person interested in understanding how a policy would affect them must consider not just what coverage they have today, but also what they might have in the future.

Almost everyone who currently has insurance receives some form of public subsidy for that coverage. The federal government covers around 85% of the cost of Medicare, state and federal governments together cover nearly the full cost of Medicaid, and most people who purchase individual market coverage receive federal subsidies under the ACA. Even people who get coverage at work receive a substantial federal subsidy. Unlike wages, compensation in the form of health insurance is excluded from income and payroll taxation, which reduces the effective cost of job-based coverage by more than 30% on average.

Without these subsidies, many fewer people would have insurance in large part because insurance is so expensive. In 2018, the average annual premium for employer coverage for a single worker (including employer and employee contributions) was $6,900, and the average annual premium per person buying coverage on the individual market was similar. Indeed, even with existing subsidies, many insured Americans report being worried about their ability to afford premiums, deductibles, and other cost-sharing.

One commonly discussed set of proposals, supported by President Trump and many Republicans in Congress, would reduce federal funding for programs that subsidize coverage for low- and middle-income people and eliminate certain regulations that apply to private insurers. In general, these proposals would reduce federal spending on health care, but increase the number of uninsured people and increase costs for sick people while lowering costs for some healthy people.

President Trump’s proposals, which were included in his 2020 budget and are modeled after proposals supported by many congressional Republicans during the 2017 debate over repealing the ACA, have three primary parts:

Congress has not enacted the administration’s proposals, although many Republican members of Congress continue to express interest in proposals like these. In response, the Trump administration has sought to achieve similar objectives in other ways. Most importantly, President Trump and 18 state attorneys general are participating in a lawsuit arguing that the entire Affordable Care Act should be struck down by federal courts. If successful, this would eliminate everything in the law, including the policies that help people get insurance. Researchers at the Urban Institute estimate that this step would increase the number of uninsured by 20 million. The Trump administration has also taken executive actions. For instance, the administration has allowed insurers to offer plans that do not provide comprehensive benefits and for which premiums can vary based on an individual’s pre-existing conditions.

How would proposals to create a single payer system change health care coverage?

Unlike policymakers who are focused on reducing spending, most Democratic candidates and elected officials support policies that would expand government programs (and spending) to cover some or all of the remaining uninsured. Some Democratic candidates and elected officials support creating a “single payer” health care system that would cover everyone through a single, unified program, rather than the patchwork of coverage sources we have today.

A prominent single-payer proposal is Senator Bernie Sanders’ “Medicare for All” bill, which would cover almost all health care services and require no deductibles or cost-sharing, although alternative proposals could cover narrower packages of services and include modest cost-sharing. Under Senator Sanders’ proposal, the government would administer benefits and pay providers, as in traditional Medicare. Some related proposals would allow enrollees to elect to receive their benefits through a private insurer, as Medicare enrollees can today through the Medicare Advantage program. While these proposals are arguably not true “single payer” proposals, they have the common feature that all Americans would receive their coverage through a single program financed by the federal government.

A single payer system has potential benefits. It would be dramatically simpler than the current system and ensure that no one remains uninsured. A single payer system, as envisioned by its proponents, would also eliminate premiums and greatly reduce cost-sharing for most families. Such a system would also likely pay lower prices to health care providers and pharmaceutical manufacturers and could reduce administrative costs, thereby putting downward pressure on overall health care spending.

Single payer proposals would, however, substantially increase spending by the federal government. An analysis by the Urban Institute estimated that, if implemented in 2017, a single payer system along the lines of the Sanders proposal would have increased federal spending by $2.5 trillion, after accounting for savings from redirecting spending from existing health care programs, equivalent to almost two-thirds of all federal spending in that year. That increase in spending could be financed by increasing revenues and reducing spending on other programs. The net effects for any specific family would depend on the details of how a single payer system was financed and a family’s circumstances; some families might pay higher taxes but save money overall because they no longer pay premiums and cost-sharing, while others would pay more overall.

Transitioning to a single payer system would also have other consequences. It would, by design, require many Americans—including the 51% of people who get coverage through their employer—to change how they get coverage. Supporters of single payer proposals believe that most Americans would prefer the new system to the status quo, but the transition could be bumpy and polls show that voters are concerned about disruption. Reducing the prices paid to health care providers and pharmaceutical manufacturers could spur providers to become more efficient, but could also reduce quality or reduce pharmaceutical manufacturers’ incentives to develop new medications. The magnitude of those effects is uncertain and would depend on the prices paid under a single payer system.

What alternatives to a single payer system could expand health care coverage?

Not all Democrats have embraced single payer proposals, and even many single payer supporters also support more limited proposals. Rather than trying to transform the way all Americans get insurance, these proposals focus on people who remain uninsured or face particularly high costs today. They generally are designed to allow existing employer coverage to remain in effect.

These proposals are more varied than single payer proposals. In general, however, they aim to increase coverage among specific groups of uninsured individuals depicted in the chart below, which draws on estimates by researchers at the Urban Institute. Common steps include:

As under a single payer proposal, reducing the prices paid to health care providers and pharmaceutical manufacturers would cause changes in health care markets, including changing how providers deliver care and how manufacturers develop drugs. Once again, the nature of those effects would depend on the prices the public option pays and the breadth of the eligible population. 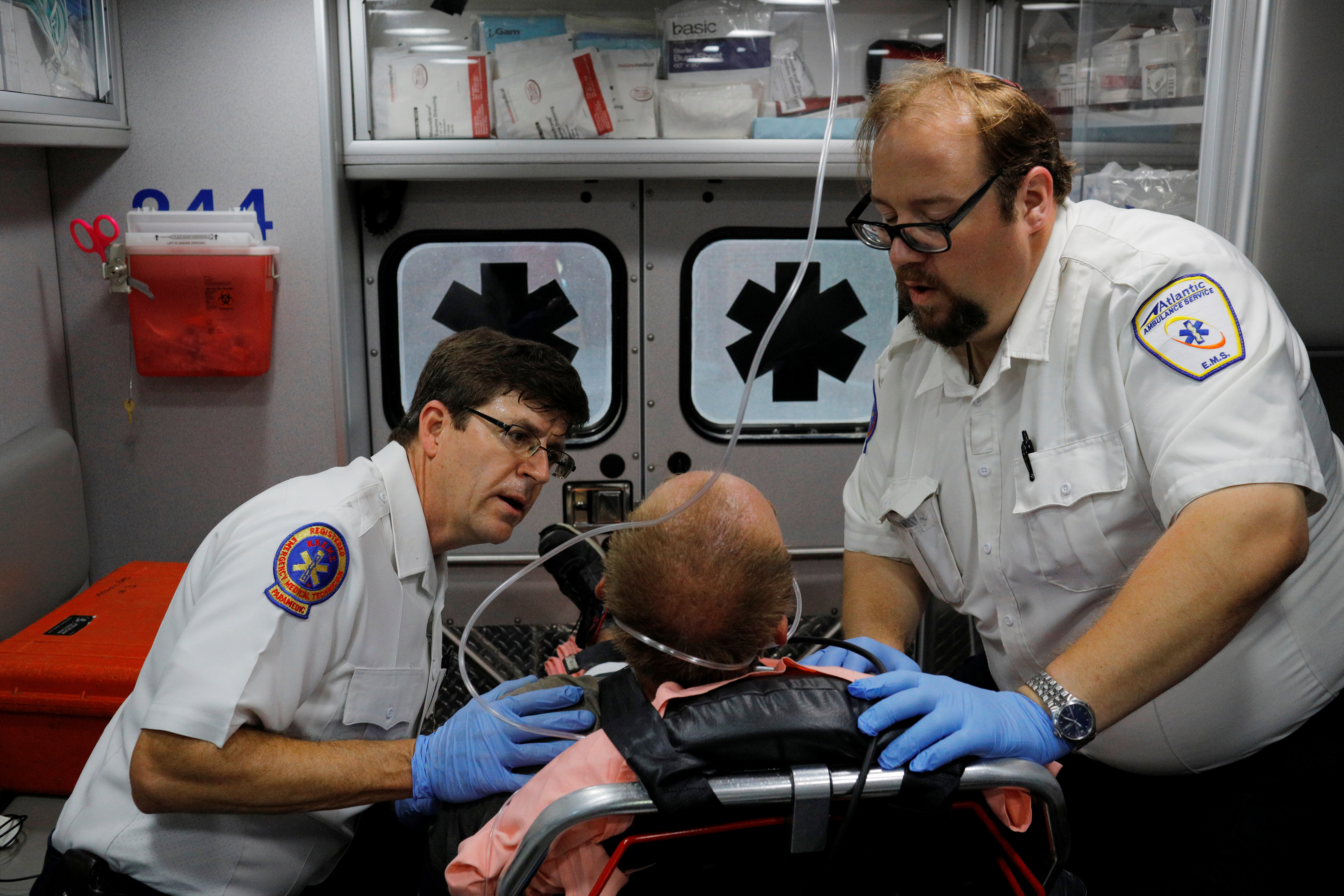 What is surprise billing for medical care?

Christen Linke Young and Matthew Fielder discuss the reasons for surprise medical billing, the consequences such billings have on healthcare premiums, and solutions for policymakers interested in ending the practice. 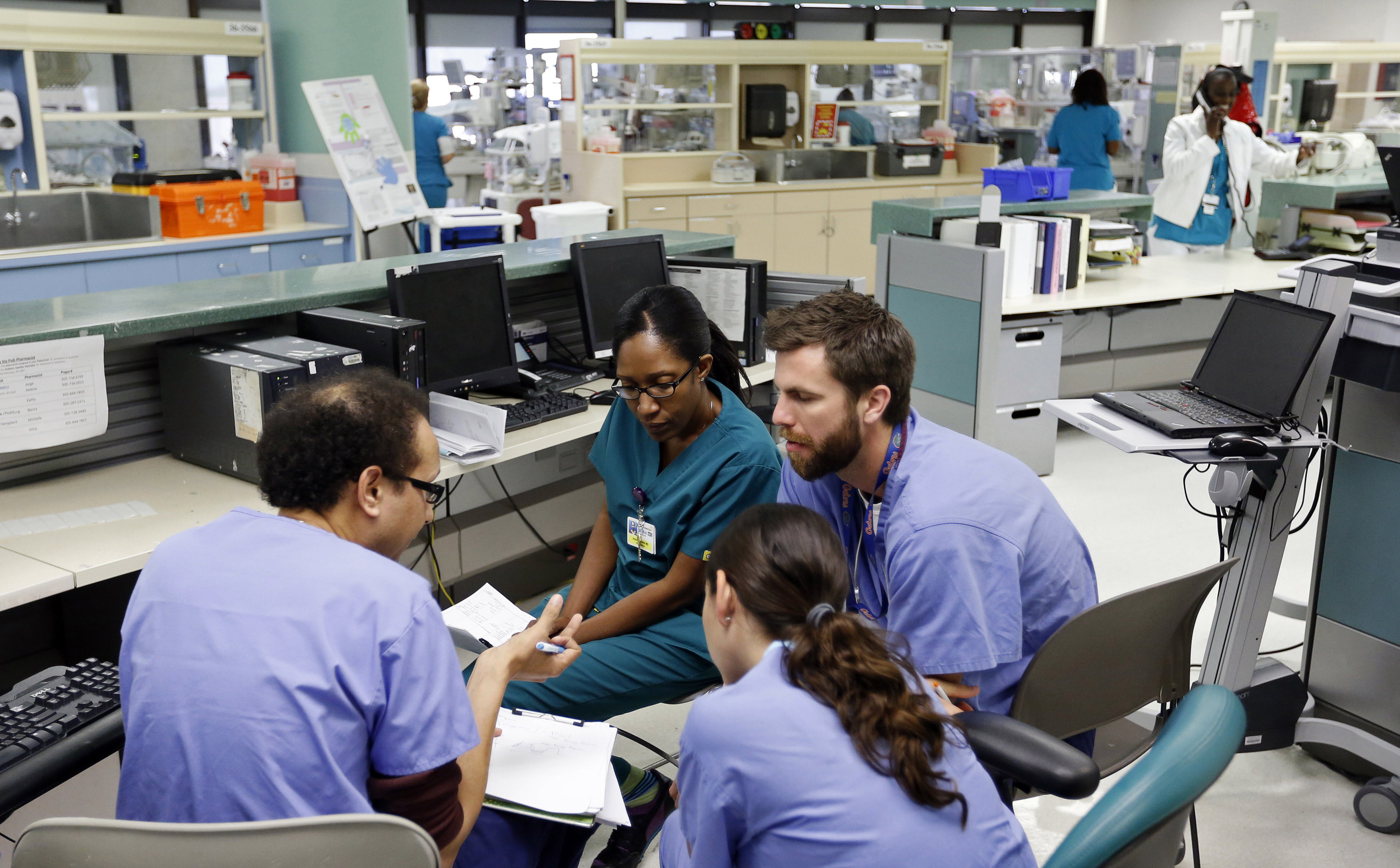 Christen Linke Young and Matt Fiedler provide an overview of what are among the most prominent issues in 2020 the election: health care coverage and health care costs. 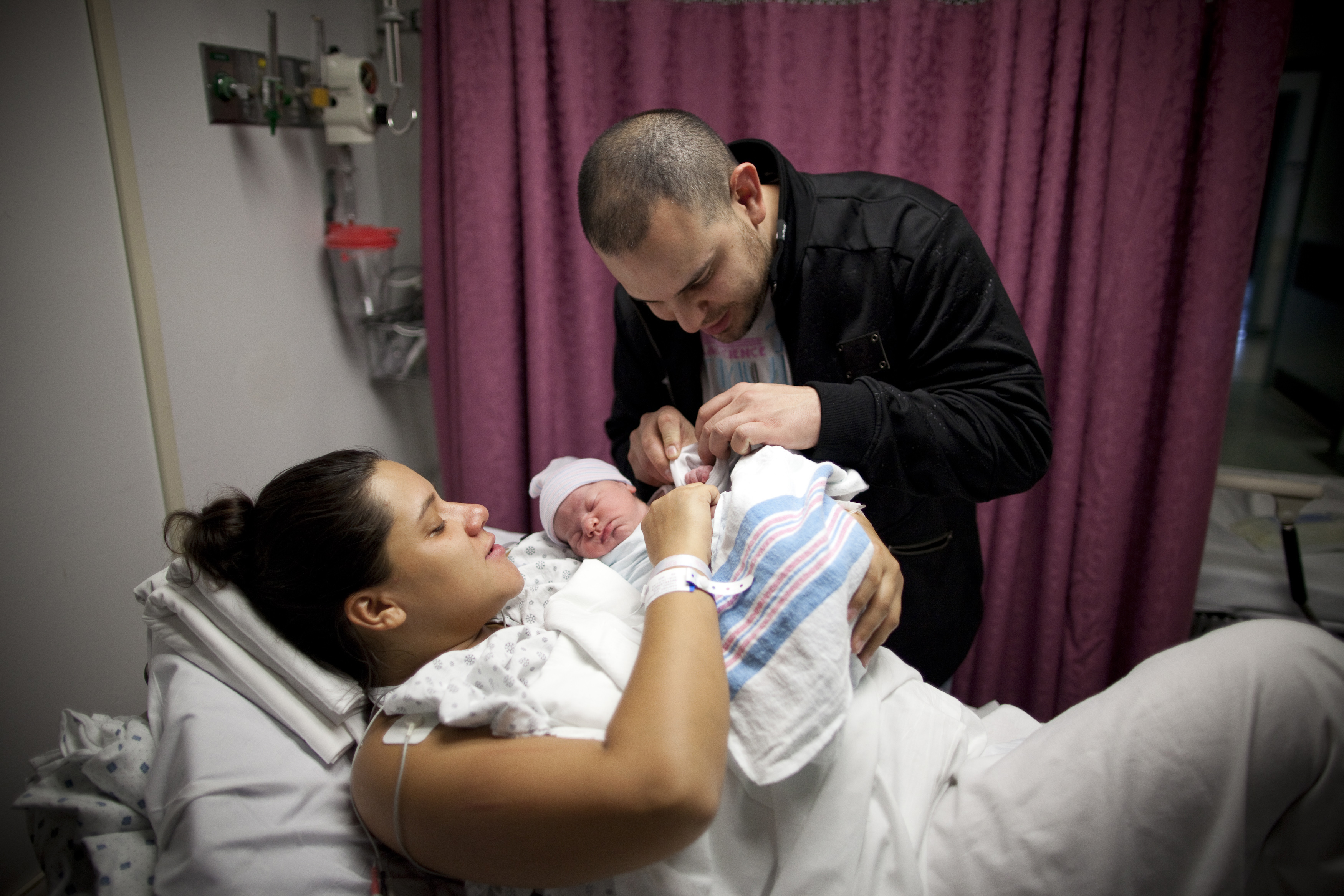 Building on the ACA to achieve universal coverage 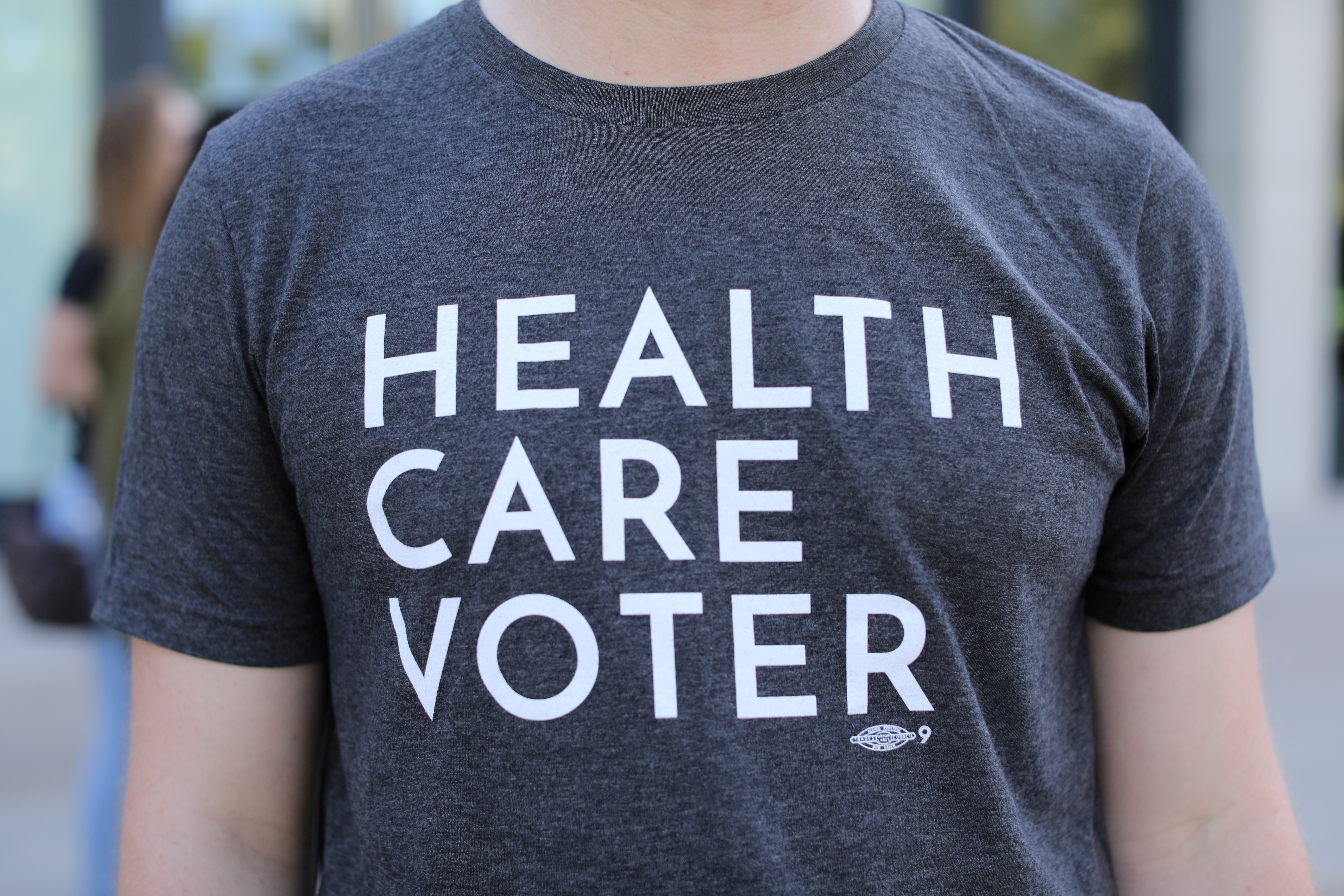 The health care issues voters care about in the 2018 midterms 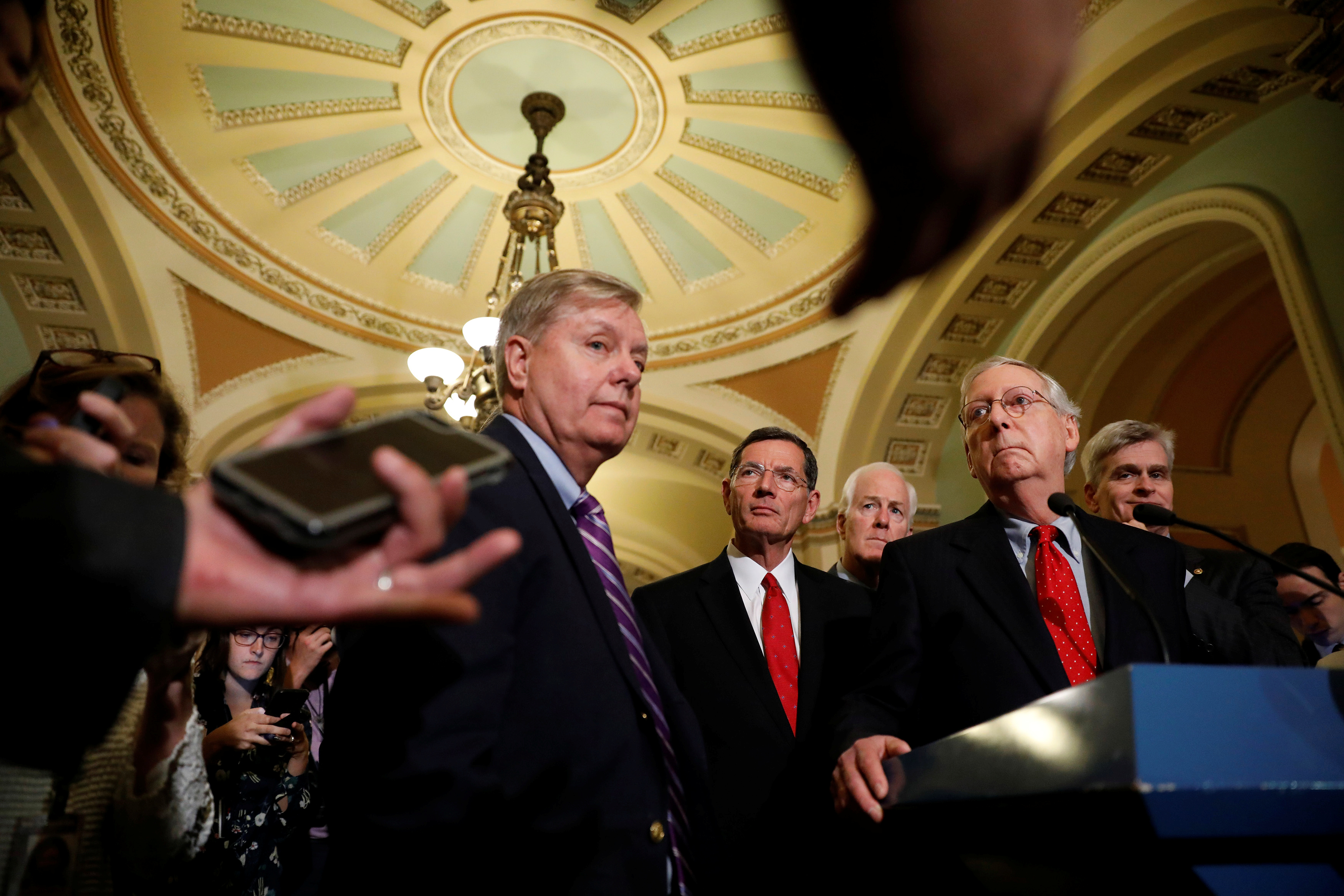 How will the Graham-Cassidy proposal affect the number of people with health insurance coverage?