Federal Reserve policy makers have been working hard to persuade Wall Street observers and financial markets that, contrary to market expectations a few weeks ago, the Fed may boost short-term interest rates in June or July. Journalistic surveys of Fed watchers and trading in futures markets suggests these efforts are succeeding.

A friend asked me the other day: Should the Fed telegraph its moves? Who benefits when it does–besides traders who profit from second-to-second moves in the bond market and the journalists and Wall Street analysts who enjoy boasting when they accurately predict a Fed move?

Here’s my bottom-line answer: The economy as a whole benefits when the Fed shares its thinking about the economy and its strategy for interest rates. But there’s little to be gained from the Fed attempting to pinpoint the timing of each future interest-rate move–and the rest of us shouldn’t expect it to do so.

This isn’t obvious, though, so let me explain.

A major reason for the Fed to explain what it’s doing and what it expects to do is political, in the best sense of that word. The Fed has substantial independence from elected leaders and enormous influence over our economic lives. As Ben Bernanke put it in 2010: “Central bank independence is essential, but … it cannot be unconditional. Democratic principles demand that … a central bank must be accountable in the pursuit of its mandated goals, responsive to the public and its elected representatives, and transparent in its policies.”

If the Fed is seen as excessively secretive or as sharing its thinking with only a handful of favorites, its legitimacy will be eroded and its independence threatened.

The other big reason for Fed officials to talk about the future is economic. Central bankers and leading academics argue that the more clarity the Fed provides about its forecasts and interest-rate policy plans, the greater its ability will be to influence the pace of economic growth and inflation.

That’s basically because monetary policy works through financial markets and the banks. The Fed directly controls only very short-term interest rates, primarily the one banks charge each other on overnight loans, known as the federal funds rate. But for the economy, longer-term rates are more important. They’re the ones that consumers and businesses pay on loans, and they are an important influence on the prices of assets such as houses and equities, which, in turn, affect how much consumers spend. Longer-term rates depend, in part, on where markets expect the Fed to take short-term rates. When Fed officials talk, they often are trying to shape those expectations. 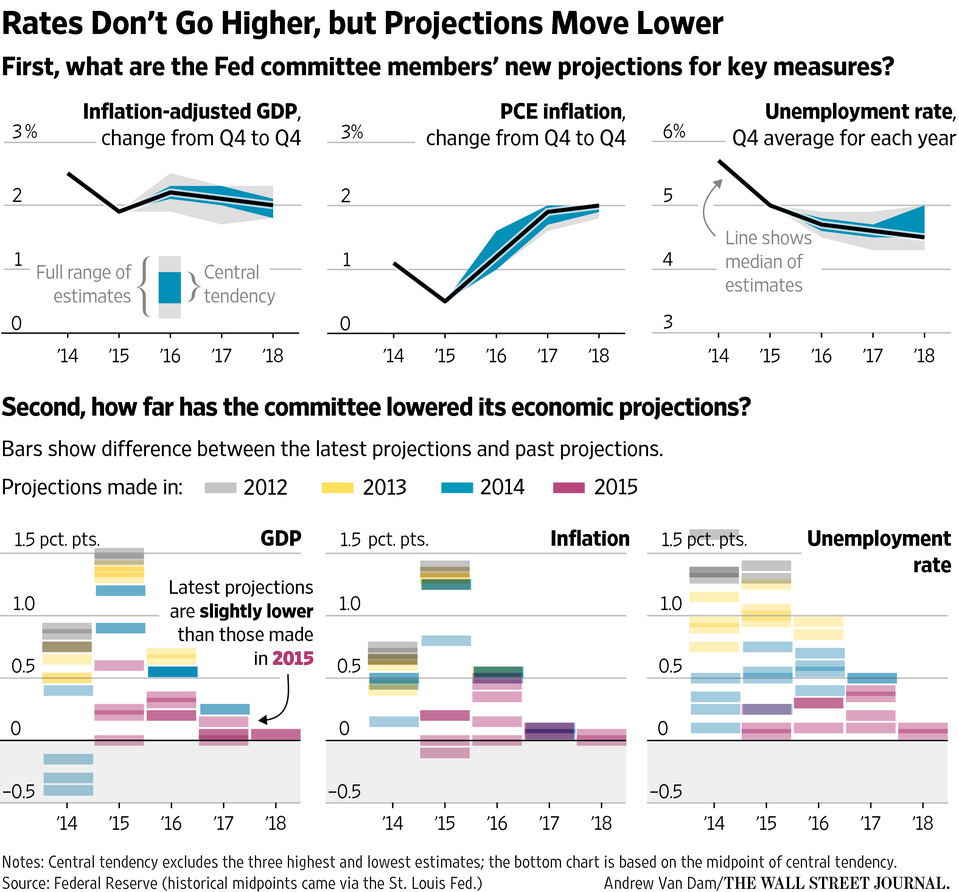 If the markets understand how the Fed sees the economy and anticipate that short-term interest rates will be adjusted in reaction to incoming data–expecting, for example, that rates will be raised when new readings suggest inflation is likely to rise above the Fed’s target–then markets will push up bond-market interest rates before the Fed acts. In that case, markets are doing a big part of the work that the Fed’s interest-rate policy changes are intended to produce. In short, Fed policy changes work more smoothly for the overall economy if financial markets anticipate them.

“Central banking,” Columbia University economist Michael Woodford has written, “is not like steering an oil tanker, or even guiding a spacecraft, which follows a trajectory that depends on constantly changing factors, but does not depend on the vehicle’s own expectations about where it is heading…. [C]entral banks affect the economy as much through their influence on expectations as through any direct, mechanical effects of central bank trading in the market for overnight cash.”

To that end, what should the Fed communicate? Mr. Woodford advises:

1. What it sees in the economy now; what it forecasts near-term.

2. What it decides about interest rates and why.

3. What strategy will guide future decisions.

4. The outlooks for future policy “in light of the current situation” without conveying excessive certainty.

The last element is tricky; Fed watchers tend to see any projection about interest rates as a commitment, no matter which or how many words the Fed uses to say that it’s not.

When short-term rates hit zero in 2008, the Fed’s policy-making Federal Open Market Committee began to be unusually explicit about its “forward guidance” outlook for short-term rates. Unable to push short-term rates below zero, the Fed focused more than usual on influencing market expectations for the path of short-term rates to restrain increases in long-term rates. In August 2011, Fed officials saw that the public and markets expected rates to be raised much sooner than Fed officials expected to raise them. So, with unusual specificity, the Fed said it anticipated that economic conditions would warrant “exceptionally low levels for the federal funds rate at least through mid-2013.” Markets responded as the Fed had hoped: pulling down long-term rates.

As the economy regained its health, the Fed backed away from referring to specific dates, declaring most recently that it “expects that economic conditions will evolve in a manner that will warrant only gradual increases in the federal funds rate” and that “the federal funds rate is likely to remain, for some time, below levels that are expected to prevail in the longer run.” It cautioned that the actual path of interest rates “will depend on the economic outlook as informed by incoming data,” a caveat often ignored by Fed watchers.

Since the Fed began to raise interest rates in December, calibrating forward guidance has been a challenge. Fed watchers have trouble distinguishing between forecasts and promises. The Fed wants to say: We’ll lift interest rates, gently, when we’re confident the economy can handle it–when we’ve got the unemployment rate down about as far as we think it can go and when we’re confident inflation will hit our 2% target in the medium term. Traders, Wall Street analysts, and journalists are quick to ask: And are those conditions likely to be met in June? Or in July? Or in September? It’s an obvious question, though sometimes Fed officials may not be sure of the answer (which never discourages commentators from acting as though the FOMC has agreed on a target date and officials are just being cagey in public comments). 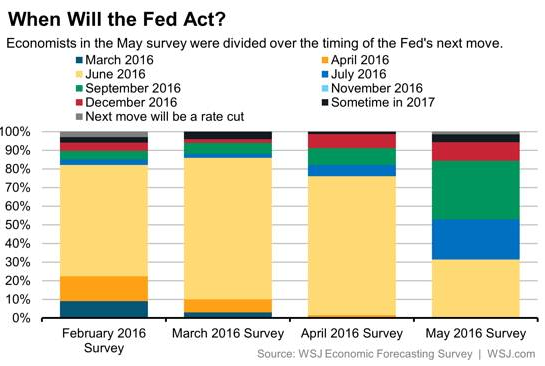 Fed officials could choose not to answer those questions. Some do. A few regional Fed bank presidents crave public attention. Other Fed officials have talked more than usual about the timing of rate increases to avoid an economically harmful market over-reaction if Fed action surprises after more than seven years of ultra-low rates. Fed Chair Janet Yellen seems to have found a reasonable path, warning in late May that she anticipates that economic conditions will call for raising rates “in the coming months” without specifying when or how many rate hikes she anticipates this year.

The Fed should tell us how it reads the economy and what monetary strategy it is pursuing. But the time has come for the Fed to wean itself and markets off the expectation that the Fed will essentially announce every rate move in advance. It’s far from clear that the public and the overall economy need the Fed to pinpoint which day it will move rates–as opposed to under what economic conditions they will be moved and in what direction the Fed is heading. Fed officials shouldn’t convey more certainty than they actually possess about the timing of rate hikes. When the Fed is too precise on the timing of planned rate moves, particularly several months in advance, it can create unnecessary problems. No Fed chair wants to have to choose between “surprising the markets” by delaying a rate increase because the economy deviated from the Fed forecast or raising rates anyway because the market expects it.