A version of this op-ed was originally posted in Real Clear Markets.

This month, Colorado will deposit its one billionth dollar of tax revenue from cannabis— generated from an assortment of licenses, taxes, and fees. Seven years ago Colorado started a trend, voting to allow recreational cannabis use. Today one in five Americans live in a state with recreational cannabis and 47 states allow medical or recreational use. Similarly, a generation ago states allowed another previously prohibited business to exist: gambling. But the cannabis and gambling industries face very different banking laws, creating a new reefer madness. 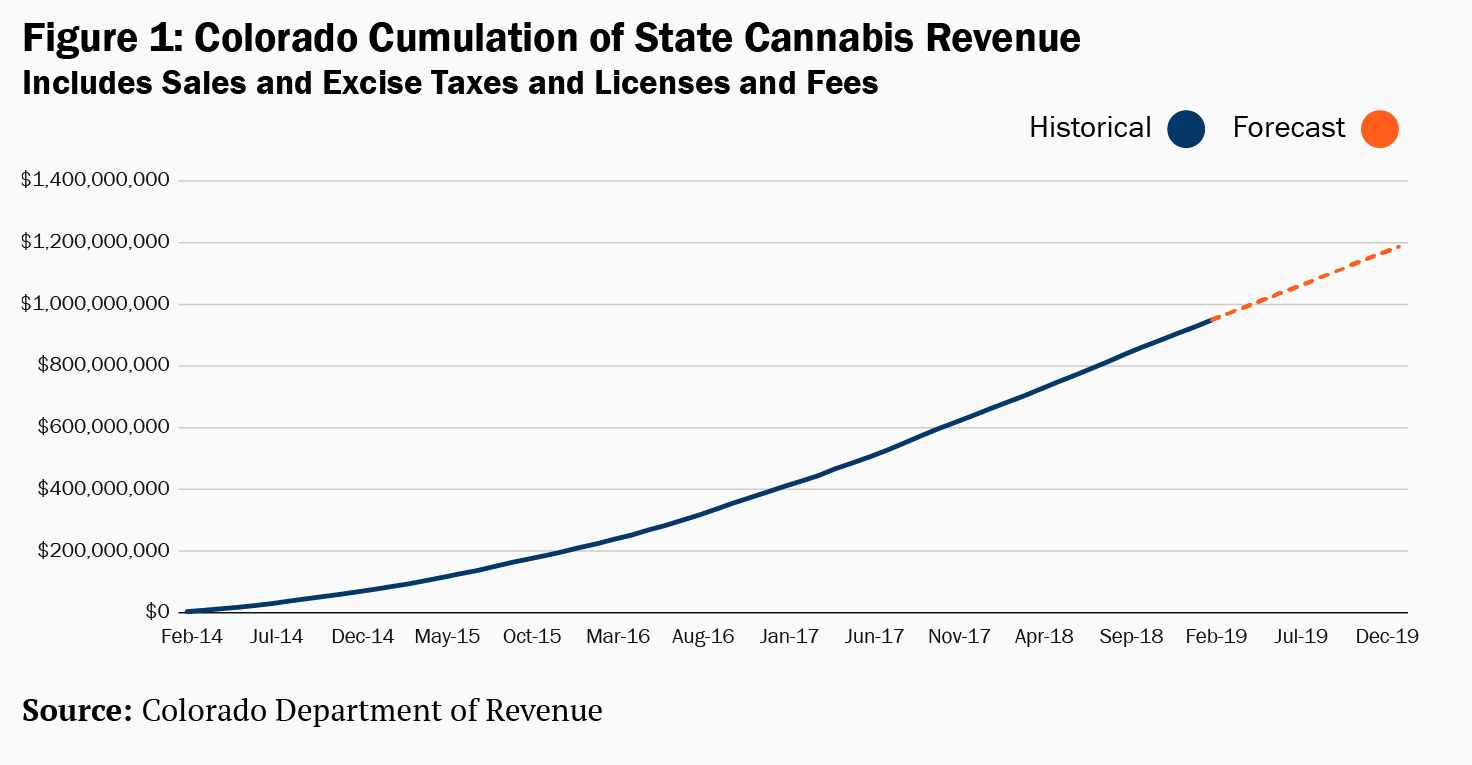 In 1973 only three states allowed lotteries, by 1992, 33 states did and now, 44 states do.  State lottery revenue rose from $770 million in 1977 to $9 billion in 1992. Massachusetts raised $1 billion in public revenue from their lottery last year. Further expansion by states into casinos has grown from 2 to 24 states. This explosion filled state governments with cash, without having to raise taxes.

By and large this influx of cash did not present fundamental banking problems. Lottery revenue grew so quickly and became so predictable that states are able to issue bonds against future lottery revenue. Access to financial markets was made easier; banks worked directly with state governments and private companies in the lottery and gambling industries. The world of cannabis banking is different.

Only one in thirty banks or credit unions report serving any cannabis businesses and estimates are that up to two-thirds of cannabis businesses remain unbanked. Banks and credit unions have struggled to engage with this new industry, concerned with federal regulations and regulators—particularly regarding anti-money laundering rules that consider cannabis highly suspicious.  The result is trucks filled with cash showing up in in Denver and other state and local capitals around the country, that require physical sorting, storing, and depositing of cash and attract violent crime.

Anti-money laundering laws consider large cash deposits as suspicious, triggering another round of (unnecessary) reporting by banks on businesses engaging with cannabis companies. State and local governments are exempt from cash reporting rules, easing acceptance of lottery cash. However, states are subject to other anti-money laundering rules as bank customers. The letter of the law requires banks to ‘know their customer’ and report when their customer is depositing funds derived from illegal activity. As marijuana is still federally illegal, a strict reading of the law could require banks to report the State of Colorado and other states and counties as possible money launderers. It is hard to think of a bigger waste of resources than asking banks on a daily basis to notify Uncle Sam that Colorado is allowing cannabis stores to operate.

Banks don’t want to work with marijuana companies. It’s time for that to change

An easy fix could give the marijuana industry access to banking

Congress is making progress on solving this issue, with the House Financial Services Committee passing bipartisan legislation, co-authored by Rep. Perlmutter (D-CO) and Rep. Heck (R-NV) on a strong 45-15 vote. But prospects for enactment are unclear and even then the legislation relies on financial regulators to create a more logical regime.

So far federal bank regulators have been a mixed bag, with the Kansas City Regional Federal Reserve (KC Fed) aggressively trying to dissuade banks and credit unions from serving cannabis companies. Legal experts think the KC Fed may have even overstepped its legal authority in trying to stop a new credit union from serving these businesses. From a public policy perspective it raises a more fundamental question: why should the citizens of Colorado have their will overturned by a Federal Reserve Regional Bank 700 miles away in another state?

The Federal Reserve Board of Governors (Fed Board) has the power to overrule the KC Fed, or better yet to impose a national standard. After all, the San Francisco Federal Reserve Bank has provided greater clarity to banks from Alaska to Nevada, where voters have legalized it. Yet, the Fed Board has chosen to largely ignore the problem of regional disparity, with Fed Chairman Powell punting that “It would be great if that could be clarified” by Congress.

Even states historically reliant on gambling revenue, like Nevada have embraced cannabis revenue: the state of Nevada will likely deposit its 150 millionth tax dollar from cannabis this month. Opinion polls show majority support for legalizing cannabis in every state. Cannabis will be a large new source of revenue for states and local governments around the country. As this revenue source expands it will make it harder and harder for Congress and the President to move in the opposite direction. A federal crackdown on state cannabis operations would suddenly create large holes in state and local government’s budgets. Even if federal policymakers are not yet there to change federal drug policy they can make a practical difference and to work together to solve these banking problems and stop this new reefer madness.

Another taxing problem for the marijuana industry