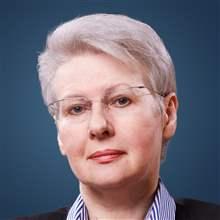 Washington, D.C. – The Brookings Institution today announced that Lilia Shevtsova, a leading analyst and prolific writer on Russia’s political dynamics, society, and domestic and foreign policy, will join the Foreign Policy program as a nonresident senior fellow in November. Shevtsova will be affiliated with the Center on the United States and Europe (CUSE) at Brookings.

Shevtsova is currently a senior associate and chair of the Russian Domestic Politics and Political Institutions Program at the Carnegie Moscow Center of the Carnegie Endowment for International Peace. She will step down from Carnegie at the end of October. Previously, she was a professor at the Higher School of Economics and Moscow State Institute of International Relations, and served as deputy director of the Institute for International Economic and Political Studies of the Russian Academy of Sciences and Director of the Center of Political Studies in Moscow. She has been a visiting professor at the University of California, Berkeley; Cornell University; and Georgetown University; as well as a fellow at the Woodrow Wilson International Center for Scholars. She was founding Chair of the World Economic Forum Global Council on Russia’s Future, member of the World Economic Forum Council on Terrorism, Chair of the Program on Eurasia and Eastern Europe, SSRC (Washington), member of the International Social Council for Central and Eastern European Studies member of the Executive Council of the International Institute for Strategic Studies. She is an associate fellow at the Chatham House – The Royal Institute of International Affairs (London), a member of the editorial boards for the American Interest, Pro et Contra and the Journal of Democracy.

“We are delighted to welcome Lilia to Brookings and fortunate to have her as a colleague,” said Brookings President Strobe Talbott. “Her work meets the highest standards of fact-based analysis, intellectual integrity, and fearless independence. She will enhance our ability to understand what’s happening in Russia and Eurasia.”

Shevtsova is the author and editor of 15 books, including: Yeltsin’s Russia: Myths and Reality (1999), Putin’s Russia (2005), Russia—Lost in Transition (2007), Lonely Power (2010), and Change or Decay: Russia’s Dilemma and the West’s Response with Andrew Wood (2011). Her most recent collections of essays (published by the Carnegie Endowment) include: Interregnum: Russia Between Past and Future (2014) and Crisis: Russia and the West in the Time of Troubles (2013). She is a frequent commentator for major international media outlets and her writings appear regularly in Russian and Western publications.

“Dr. Shevtsova will be a great addition to the Brookings Foreign Policy program,” said Martin Indyk, vice president and director of Foreign Policy at Brookings. “She is an internationally-known and influential commentator and one of Russia’s premier thinkers. We look forward to working with her and to benefitting from her keen insight into the political dynamics of Russia.”

Shevtsova received her Ph.D. in political science from the Academy of Social Sciences and an M.A. and B.A. from the Moscow State Institute of International Relations.