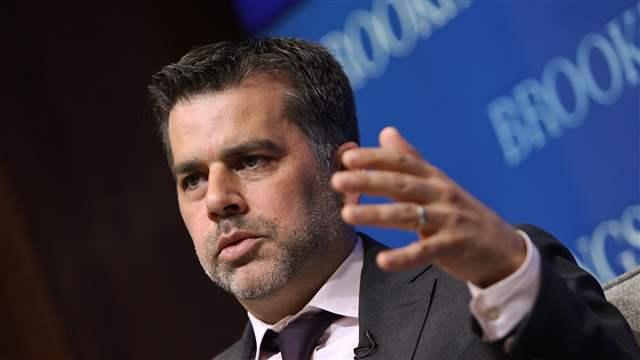 Washington, D.C. – Bruce Jones has been named vice president and director of the Foreign Policy program at Brookings, President Strobe Talbott announced today. Jones, who has been a senior fellow at Brookings since 2008, is an expert on international security, global order, and multilateral institutions.

“Bruce brings experience, expertise, and leadership to his new post,” Talbott said. “He will help the Foreign Policy program generate fresh ideas and new approaches to the global policy challenges facing the United States and the world.”

“Bruce possesses deep expertise in the critical issues facing our often unstable post-Cold War world,” said Executive Vice President Indyk. “Bruce’s in-depth knowledge of international affairs and his strategic leadership skills will benefit both Brookings and policymakers in Washington and other capitals of the world.”

Jones has extensive experience on intervention and crisis management. Before joining Brookings, he spent several years at the United Nations, including on the United Nations’ operation in Kosovo, and was special assistant to the U.N. special coordinator for the Middle East peace process. After leaving the U.N., he served as deputy research director for the U.N.’s High-level Panel on Threats, Challenges and Change, and then as a senior advisor to U.N. Secretary-General Kofi Annan during his efforts at U.N. reform in 2004-2005. Since that time, he has served in several capacities as a special advisor or high-level panel member to the U.N. and to the World Bank, and continues to be engaged in helping the multilateral community adapt to the rapidly changing international security landscape. He was also research director for the International Task Force on Global Public Goods.

He is co-author with Carlos Pascual and Stephen Stedman of “Power and Responsibility: Building International Order in an Era of Transnational Threats” (Brookings Institution Press, 2009); co-editor with Shepard Forman and Richard Gowan of “Cooperating for Peace and Security” (Cambridge University Press, 2009); and author of “Peacemaking in Rwanda: The Dynamics of Failures” (Lynne Reinner, 2001). He has written numerous essays and book chapters on U.S. foreign policy, rising powers, international security architecture, transnational threats, and fragile states.

Jones, a Canadian by birth, holds a doctorate from the London School of Economics and was the Hamburg fellow in conflict prevention at Stanford University.