On April 4, Foreign Policy at Brookings launched Still Ours To Lead: America, Rising Powers, and the Tension between Rivalry and Restraint, a new book by Bruce Jones, director of the Project on International Order and Strategy (IOS) and senior fellow in Foreign Policy. In Still Ours to Lead, Jones tells a nuanced story of American leadership and shows how the United States can lead, preserve and strengthen the international order even as it deals with difficult challenges, including the rise of new powers and transnational threats such as climate change and terrorism. Jones’ presentation was followed by a panel discussion on American leadership in a changing world. 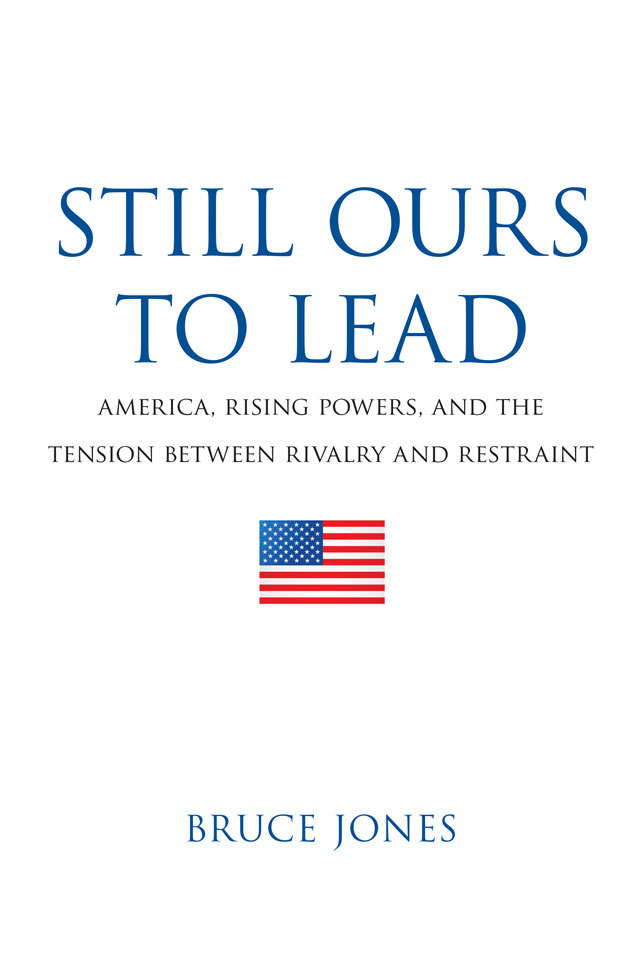 The panel discussed U.S. leadership against the backdrop of Russia’s invasion of Crimea, the ongoing civil war in Syria and tensions in the East China Sea. Can the United States lead a response to these dangers? Should it and, if so, how can it do so given fiscal and other constraints? Over the longer term, what are the prospects for cooperation on shared challenges, such as energy, climate change and the global economy? And are emerging powers, like China and India, likely to be partners or competitors?