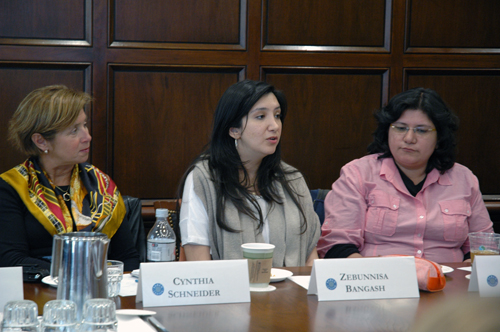 The popular duo, “Zeb and Haniya” have recently been in the United States as cultural exchange Ambassadors on behalf of the U.S. Department of State, sharing their insights about the significant role that music and musicians are playing amidst the increasingly conservative climate in Pakistan. As young Pashtun women, the duo shared their perspective on the initial difficulties of attaining recognition. However, to their surprise and delight the influence and impact of their music has now reached well beyond the boundaries of Pakistan, and into Uzbekistan, India, Iran and Afghanistan.

Arif Rafiq stressed the fact that the average American fails to familiarize him/herself about other cultures and societies beyond what is portrayed in the media. Rafiq reminded audiences that, “the cultural fluidity expressed in Zeb’s and Haniya’s music contradicts the conventional image of Pakistan.” In a country where 70 percent of the population is comprised of youth, it is important to recognize and support emerging positive agents of change in a country embroiled in violence, conflict and political instability. 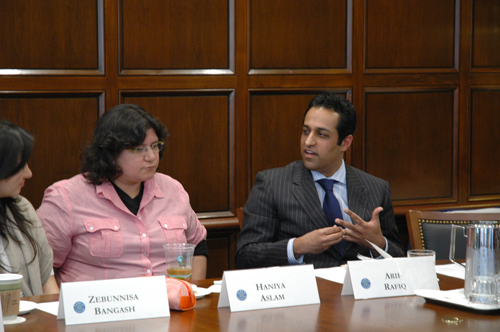 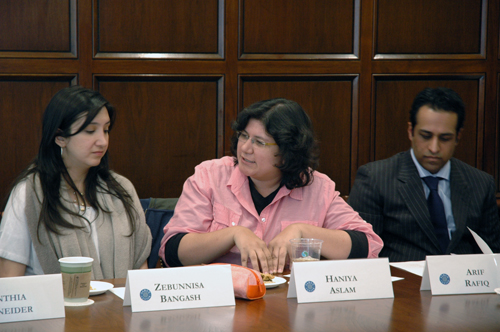 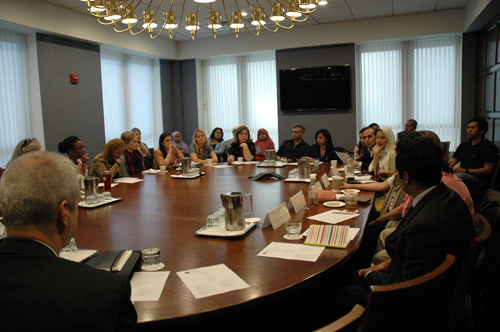 Along with Cynthia Schneider and Arif Rafiq, musicians Haniya Aslam and Zebunnisa Bangash discuss the role of women, culture and civil society in a changing Pakistan.