Incentives to Invert and the Market for Foreign Takeovers

Corporate inversions, which change the tax home of a multinational corporation by merging it with a foreign company that then becomes the parent of the multinational group, received considerable attention in 2014, including from the IRS, which in September released a notice describing regulations the government intends to issue to reduce the tax benefits of future inversion transactions. Corporate inversions elicit strong reactions: some call U.S. companies involved in these transactions “unpatriotic,” while others view them as symptomatic of an out-of-step U.S. corporate tax system, with its high rate and worldwide reach that differs from the territorial taxes widely used by other countries. These inversions are also not unique to the U.S, with firms in the United Kingdom and elsewhere also using them during periods when their foreign incomes were subject to high rates of domestic taxation.

On January 23, the Urban-Brookings Tax Policy Center and the International Tax Policy Forum co-hosted a conference examining the history, causes, and consequences of corporate inversions, the policy response in the United Kingdom, and what actions the U.S. should take. Experts from a variety of backgrounds shared their perspectives, and Senator Orrin Hatch gave keynote remarks at the close of the event. 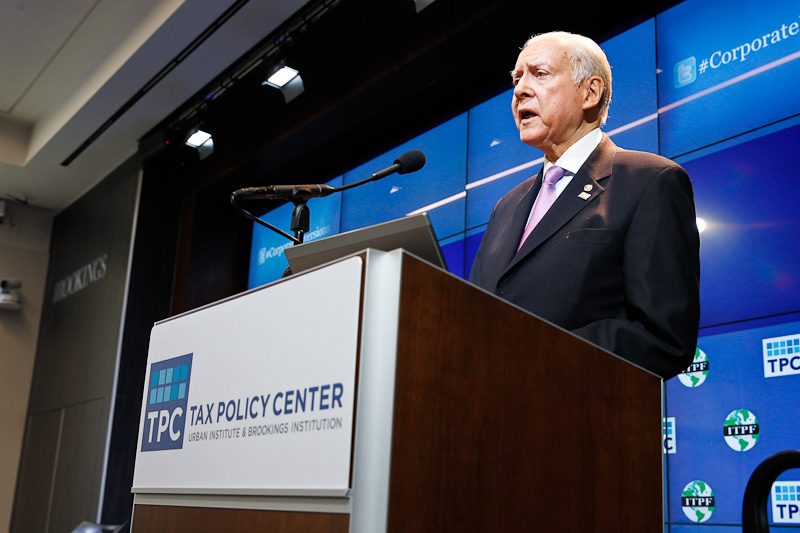