We feel a special bond with the very young, perhaps because we missed—what we missed the most during our years in prison were the sounds of children laughing and the warmth of one’s own family. – Nelson Mandela 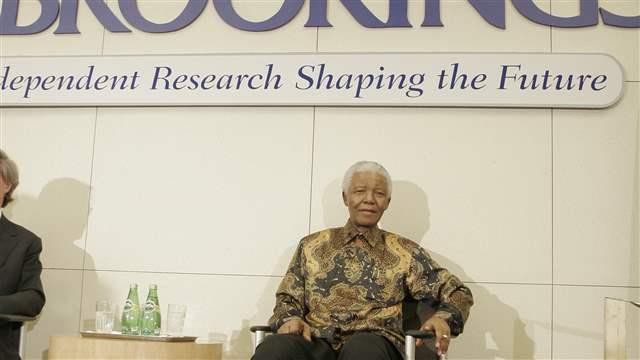 Africa, with a population of more than 840 million, is the giant among the impoverished regions that the United Nations Millennium Declaration of 2000 identified as critically in need of aid. The Declaration set forth eight goals to be accomplished by 2015 and is the largest effort to date that realistically proposes solutions to the global issues of poverty, illiteracy, environmental degradation, disease, gender inequality, and child and maternal mortality.

Now, in 2005, United Nations progress reports show that Africa is the furthest behind in the quest to eradicate extreme poverty and hunger by the 2015 deadline. Therefore, this period is crucial in determining whether the continent, in concert with the rest of the world and in particular with wealthy nations, will be able to make up the ground already lost. With the appointment of Paul Wolfowitz to head the World Bank starting in June, and his public commitment to make Africa a top priority, the question that comes to the forefront is when and how the United States will contribute.

There is growing recognition that unless and until Africans themselves are able to curb abuses of power, Africa will not have the peace and stability required to end poverty and to find its rightful place in a globalizing world. – Nelson Mandela

In this global context, Nelson Mandela, the former president of South Africa and the African National Congress, offered remarks on the role of the United States in development and aid efforts for Africa.

Mr. Mandela is the recipient of the Nobel Peace Prize, the International Gandhi Peace Prize, and the Presidential Medal of Freedom. He is also Founder of the Nelson Mandela Foundation, which was established in 1999 to develop a living legacy that captures the vision and values of his life and work. Along with the Nelson Mandela Children’s Fund and The Mandela Rhodes Foundation, the three institutions make up the family of “Mandela Legacy Organizations”. While visiting the United States, Mr. Mandela will be supporting the establishment of the Nelson Mandela Legacy Trust (USA), a United States-based charitable structure designed to support his Africa-based bodies.

Freedom, after all, means little to someone left to die at the mercy of preventable and treatable diseases. – Nelson Mandela