An economic model that incorporates the outsized role of temporary furloughs in the COVID-19 recession predicts a faster job market recovery than many other projections, according to a paper discussed at the Brookings Papers on Economic Activity (BPEA) conference on September 24.

In contrast, economists surveyed by the Wall Street Journal forecast an 8.1 percent rate in December 2020 and the median projection of Federal Reserve policymakers for the fourth quarter is 7.6 percent.

The authors, in Temporary unemployment and labor market dynamics during the COVID-19 recession, argue that labor market congestion—the difficulty or ease that actively searching unemployed workers experience in finding new jobs—wasn’t as bad earlier this year as suggested by headline unemployment rates alone.

They used their model to adjust the Beveridge curve (the relationship between the unemployment rate and job vacancies) for the fact that a much higher proportion of unemployment is temporary than in past recessions and found it to be similar to the curve in 2015, when the labor market was thought to be tight. 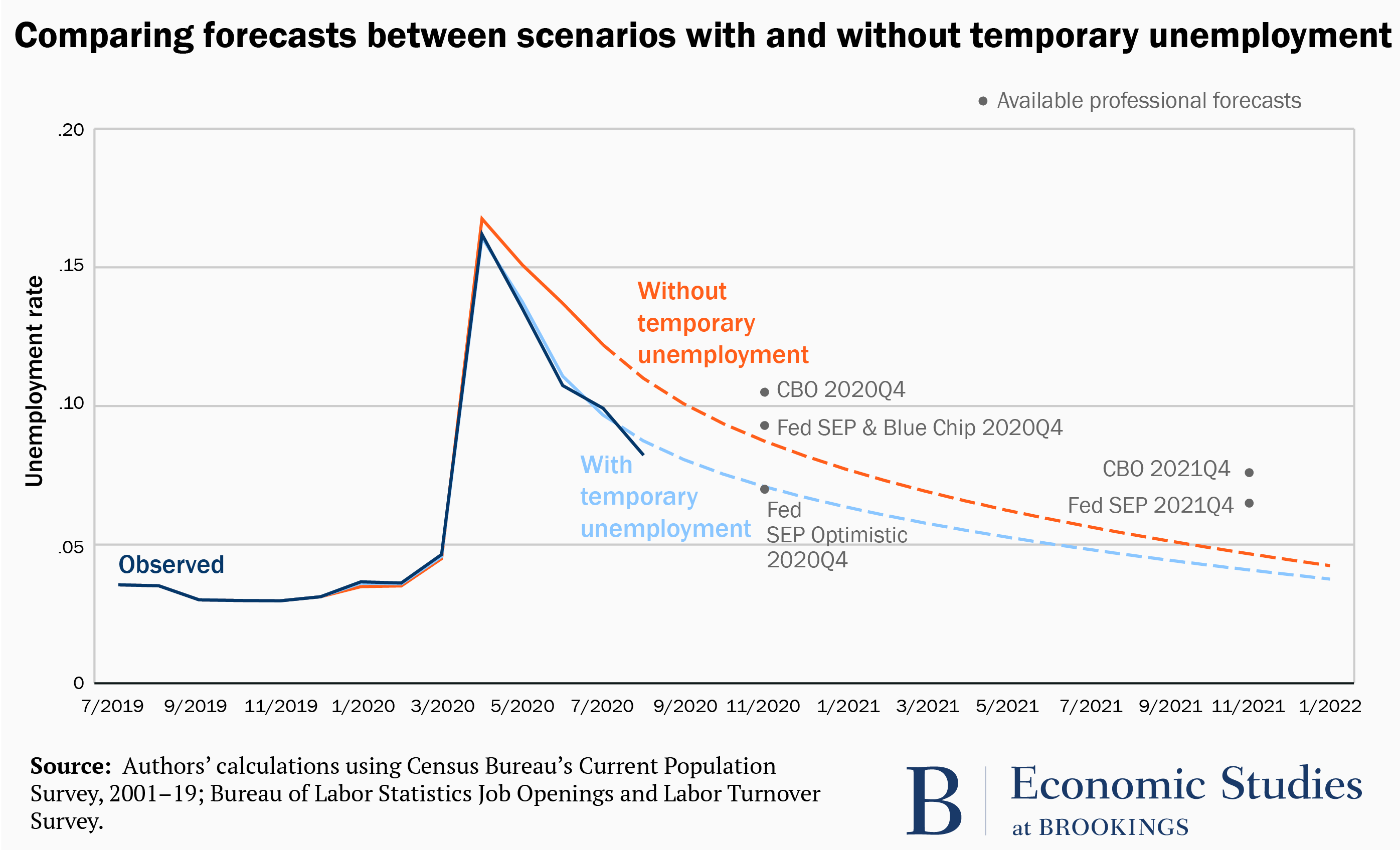 “The temporary unemployed who are waiting to be recalled do not affect the tightness of the labor market in the same way as those who have been permanently separated and are actively searching for work,” they write.

“According to our model, jobs are not ‘scarce’ for the relatively small share of unemployed workers who are actually searching for a job,” the authors write. For instance, only 24 percent of workers surveyed by the Conference Board in June reported that jobs were “hard to get.”

The authors say their model, combined with standard labor market measures, provides a relatively complete picture of the labor market’s health and should be useful to policymakers as they debate stimulus policies such as the Paycheck Protection Program (PPP) and the $600 a week unemployment insurance supplement.

Notowidigdo, in an interview with Brookings, said the PPP, which provided forgivable loans until it ended August 8, helped small businesses remain open and retain or recall employees. Supplemental unemployment insurance benefits, which ended after July, likely allowed many of the unemployed to wait to return to their old jobs rather than search for new ones, he said.