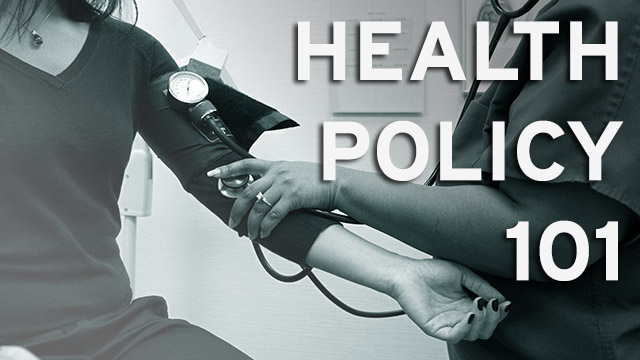 For the last several years, the US government has been negotiating a free-trade agreement known as the Trans-Pacific Partnership (TPP) with 11 other countries across the Asia-Pacific and Latin American regions, which could have major impact on the pharmaceutical market.  When finalized it will be the largest free-trade agreement in history, impacting up to one-third of world trade and roughly 40 percent of the global gross domestic product. The deal has attracted a fair share of criticism from a wide range of groups, including concerns over proposed regulations for biologic drugs in participating countries. Specifically, critics are concerned about the length of data exclusivity granted to the companies that hold the patents on these drugs. Below is a primer on biologics and how they are being addressed in the TPP.

What are biologics and biosimilars?

Biologic drugs include any therapy derived from a biological source; a group which includes vaccines, anti-toxins, proteins, and monoclonal antibodies. Because they are typically much larger and more structurally complex than traditional ‘small-molecule’ drugs, they are also more difficult—and much more costly—to develop and manufacture. Biologics are also among the most expensive drugs on the market, costing an average of 22 times more than nonbiologic drugs. Avastin, a cancer drug, can cost more than $50,000 a year, while the rheumatoid arthritis drug Remicade can cost up to $2,500 per injection.

Given these high costs, there is substantial interest in encouraging the development of biosimilars, a term used to describe follow-on versions of an original biologic. Estimates of the potential cost savings vary substantially, but some have predicted that competition from biosimilars could reduce US spending on biologics by $44 to $66 billion over the next ten years.  In the European Union, biosimilars have been on the market since 2006, and a 2013 analysis found that, for the 14 biosimilars on the market, the average price discount was about 25 percent. By 2020, the overall cost savings are projected to total $16-$43 billion.

After the Affordable Care Act (ACA) was passed in 2010, the US Food and Drug Administration (FDA) developed an accelerated approval pathway for biosimilars, modeled after the pathway used for the approval of small-molecule generics. In order to meet the criteria for biosimilarity, the drug must share the same mechanism of action for the approved condition of use, and there must be no clinically significant differences between the two drugs in terms of purity, safety, or potency. FDA recently approved its first biosimilar, Zarxio, which is a copy of the oncology drug Neupogen.

What issues are being raised over data exclusivity in the US?

Under current FDA regulations, biologic drugs are granted 12 years of data exclusivity following approval. During this period of exclusivity, the FDA may not approve a biosimilar application that relies on the data submitted as part of the original biologic application. This form of temporary monopoly is distinct from patent protection, which is granted well before approval and is not related to clinical data.  Data exclusivity does not prevent another company from generating the data independently, but drug companies are unlikely to go to the considerable (and costly) effort of replicating a full course of clinical trials for a drug that is already on the market. (Though biosimilars may need to undergo some additional clinical testing under current FDA regulations, the amount of data required to support approval would certainly be less than what is required for an original biologic approval.)

The 12-year exclusivity period for biologics was established in the ACA following intense debate, and has continued to attract criticism. (By contrast, the period of data exclusivity is just five years for small-molecule drugs.) Supporters argue that given the greater cost and difficulty of bringing a biologic to market a longer period of exclusivity is necessary to incentivize innovation. Others argue that the resulting restrictions on competition keep drug prices unnecessarily high, inevitably putting a strain on the health system and keeping potentially life-saving drugs out of reach for many patients.

How would the TPP affect data exclusivity?

For the 11 countries besides the U.S. that are involved in the TPP, current data exclusivity protections range from zero (Brunei) to eight years (Japan). Under the Obama Administration’s current proposal, participating countries would increase those periods to match the US standard of 12 years. Curiously, this proposal directly contradicts the administration’s ongoing domestic efforts to lower the period of data exclusivity. Since the ACA passed, the Obama administration has repeatedly proposed reducing it to seven, arguing that this would save Medicare $4.4 billion over the next decade. Some have noted that, once the 12-year period is enshrined in the TPP, it will become significantly more difficult to change it through the US legislative process. Furthermore, imposing US standards on the 11 member countries would inevitably restrict competition at the global level, and many patient advocacy and international humanitarian organizations have argued that doing so would undermine the efforts of US global health initiatives like the Vaccine Alliance and the Global Fund to Fight AIDS, Tuberculosis and Malaria, which rely on price competition to manage program costs.

It is unclear whether the US will be successful in its efforts. There have been reports that the issue of data exclusivity has become a significant point of contention, and the US delegation may seek to compromise on its demands. It may, for example, negotiate exceptions for the poorer countries involved in the negotiation, as the Washington Post notes. However, the details of the negotiations are largely confidential, which makes it challenging to assess the possibilities, their relative advantages, or how the US Trade Representative (which is leading the US negotiations) is balancing the need to ensure adequate incentives for innovation with the need to control drug costs and facilitate patient access to potentially life-saving therapies.

Editor’s note: Elizabeth Richardson, a research associate in the Center for Health Policy, contributed to the research and writing of this post.