Taxpayer use of itemized deductions varies widely by location, according to a new analysis of 2007 IRS data. In about one in ten counties, 11 percent or fewer taxpayers itemize while in another 10 percent at least 38 percent of taxpayers claim deductions. In a handful of counties, more than half of taxpayers itemize. In general, taxpayers in high-cost, high-tax counties located along the coasts are far more likely to itemize than those in living in in the middle of the country (see map).

About one in three tax filers itemizes. The largest itemized deductions are for mortgage interest, state and local taxes, and gifts to charity. Others include certain medical expenses, job-related expenses, and casualty and theft losses. The Pease provision limits itemized deductions for upper-income taxpayers. 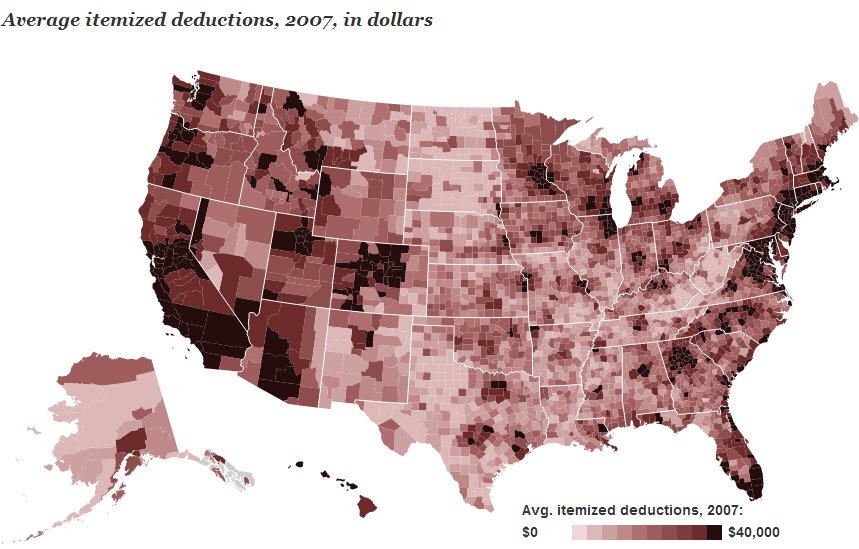 Where do the biggest itemizers live? Not surprisingly in high-cost, high-income urban counties located in southern California and the corridor between Washington, DC and Boston, and around major inland cities such as Chicago and Denver. Inland and rural counties tend to benefit less from itemization.