Oil and gas prices remain at rock-bottom, and the job impacts are growing. Bureau of Labor Statistics data report that employment in oil and gas extraction and support activities in the country has contracted by 18 percent over the past year alone.

Oil and gas extraction alone has lost 15,700 jobs nationally while support activities for the mining subsector, which also includes establishments providing support services for the extraction of oil and gas, has lost close to 100,000 jobs since January 2015.

Now a more telling indicator, the number of oil and natural gas drilling rigs in active use across the country, is foretelling much worse employment carnage in energy states.

Lower prices mean oil and gas producers have less capital to invest in exploration and production, which means in turn that they employ fewer rigs. Since local employment in oil and gas states is more responsive to changes in rig counts than to oil prices directly, rig counts offer a revealing augury of employment trends.

What does the rig tally say? Oil field services company Baker Hughes reports that the number of U.S. oil and gas rigs plummeted from 1,811 in January 2015 to just 489 at the beginning of March—down by 73 percent. North Dakota’s March count was 80 percent lower than in January 2015, while Texas was down 73 percent. 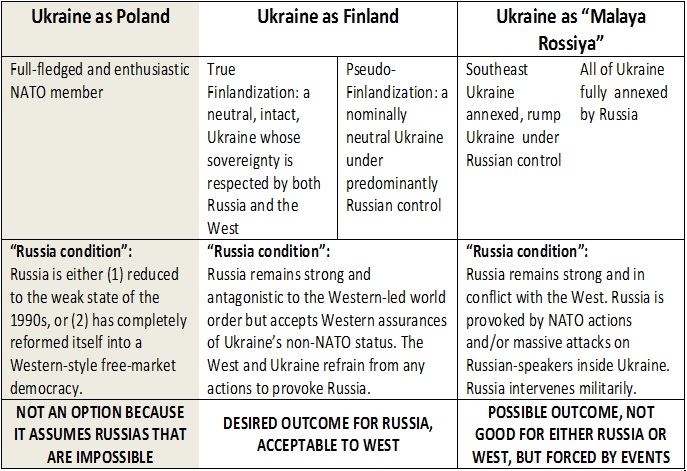 By themselves, these figures are stark, but what makes them truly revealing is recent research that teases out the full short- and long-term employment impacts of rig operation and removal.

A study from Rice University has estimated that the employment impact of putting a drilling rig into service creates 37 jobs immediately and 224 jobs in the long run, once all the relevant multipliers are factored in beginning with oil service company hiring, machinery and fabricated metal work, engineering, and management employment and ending with grocery store and pharmacy spending. Another study has found that the removal of an active rig eliminates 28 jobs in the near-term and 171 jobs in the long run. If this holds true, then the loss of 1,322 working rigs since January 2015 has the potential to lead to the loss of anywhere between 226,000 to 296,000 drilling-related jobs over the long term.

However, the reduction in rig counts will impact oil and gas states differently, depending on the timing and pace of the drilling bust in each place. Of course, states with the largest rig decreases—Texas, Oklahoma, North Dakota—will have the largest predicted declines in employment. Likewise, states with less diversified economies will feel the impact of rig declines most significantly. The table below shows the employment response (taking the average short- and long-term response from both studies) from the decline in rig counts from January 2015 up till now. The table also reports the long-term job losses as a percentage of total private sector employment in each state at the end of 2015.

Although Texas shows the largest decline in jobs, the employment impact is more intense in states like North Dakota, Wyoming, and New Mexico where the oil and gas industry is a larger share of the economy (see map). By contrast, the employment impact of the declining rigs is muted by a more diversified economic base in Colorado, Ohio, and Pennsylvania. 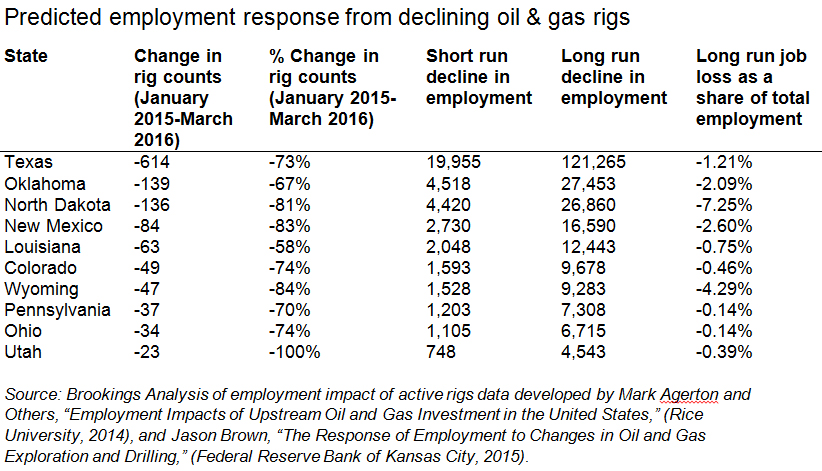 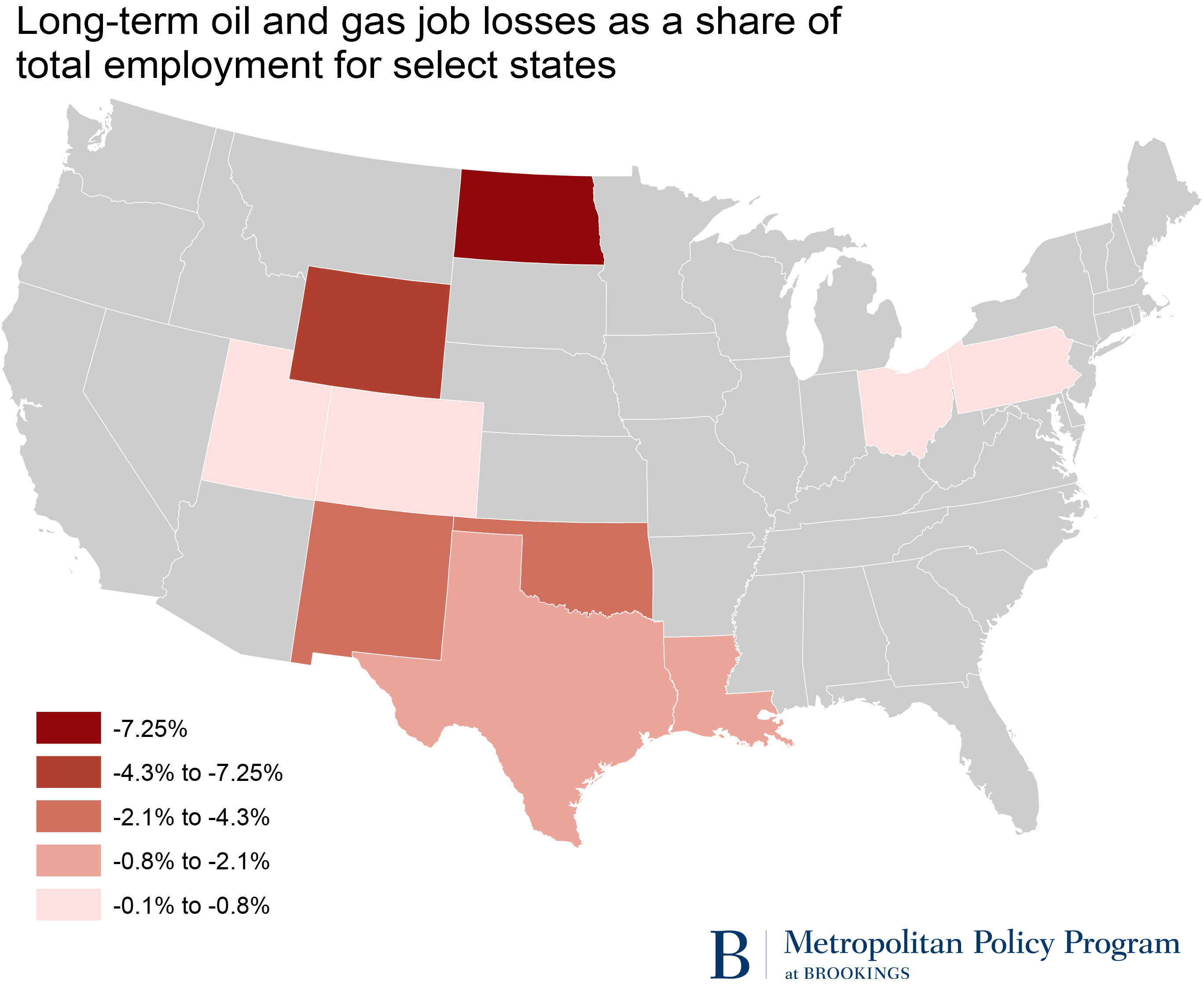 These data and the varied impacts they depict underscore the volatility of resource economies and the importance of states pursuing policies that prioritize economic diversification. Diversification—and good management—are critical when states play in the boom-and-bust dynamics of resource extraction. Next month we’ll release a report from Metro that advances one idea through which states can manage unconventional oil and gas development through strategic management of fracking-related revenues.