A suburban residence is still a goal for many American households and, for minorities especially, a symbol of making it in America.  Of course, a supermajority of whites resides in the suburbs. But among minority groups, as discussed in my book Diversity Explosion, a selective suburbanization is still taking place.

Among each of the nation’s largest minority groups—Hispanics, blacks, and Asians—more than one-half of college educated metropolitan residents now reside in the suburbs with the likelihood of suburban residence increasing along with levels of education. In fact, among blacks, a suburban residence is only most likely for those with at least some post high school education. Although Asians overall are the most suburbanized of the three minority groups, those without a high school diploma are more likely to reside in the city than in the suburbs. 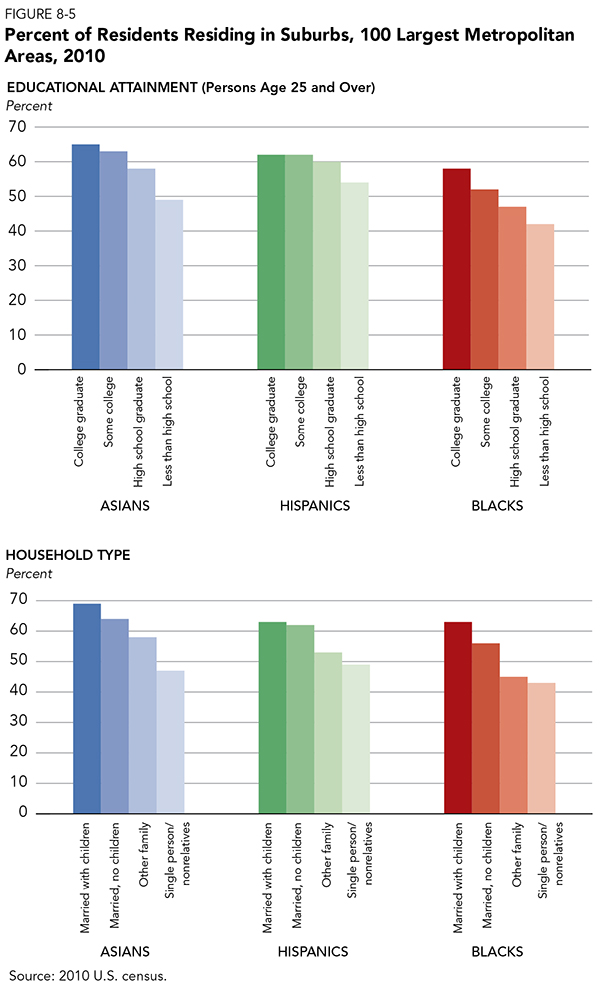 Suburbs have also been the prime destination for families, especially married couples with children. This is keeping with the long-held view that suburbs are preferable places for childrearing. Among Asians, Hispanics, and blacks, married with children families are more prone to reside in the suburbs than any other household type. This is significant in light of the increasing minority portion of the nation’s child population. From now on, suburban schools and other services focused on children and families in general, will need to become more tailored to a far more diverse child population than in the past.