The American gospel of innovation has taken some lumps of late. Disquiet has grown up amid the proliferation of astonishing new technologies ranging from self-driving cars to drones and genomic editing. Wages are stagnant and the returns to capital are rising. People are wondering: What about jobs and prosperity for all?

And yet, the fact is that expanding U.S. leadership in high-technology innovation industries remains an absolute prerequisite for any future shared prosperity. Which is the core point of a new paper our group at Brookings has just released.

At a moment of questioning, the new report asserts unapologetically that America’s innovation and skills-driven “advanced industries”—which we define and map—will be a critical anchor of any revitalized, more inclusive U.S. economy. 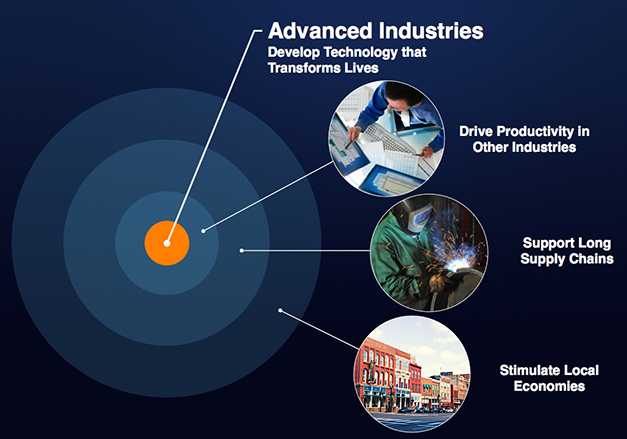 But these industries also represent the country’s best shot at delivering broadly based opportunity. They are potentially vital sources of inclusion and social mobility, for a number of reasons:

Supporting and expanding America’s advanced industries isn’t just about advancing the fortunes of corporations and elites. Most importantly, it’s about embracing the economic opportunities of the 21st century and finding ways to ensure they benefit everyone.