National Economic Council Director Gene Sperling’s speech on U.S. manufacturing last week at Brookings was noteworthy for several reasons. But for those keen to argue about whether there is or isn’t a “manufacturing renaissance” underway, one particular chart that Sperling presented jumped out.

The chart (see below) spoke directly to the latest phase of the “renaissance” debate, which has seen Wall Street and other skeptics dismiss recent manufacturing progress as merely “cyclical.” 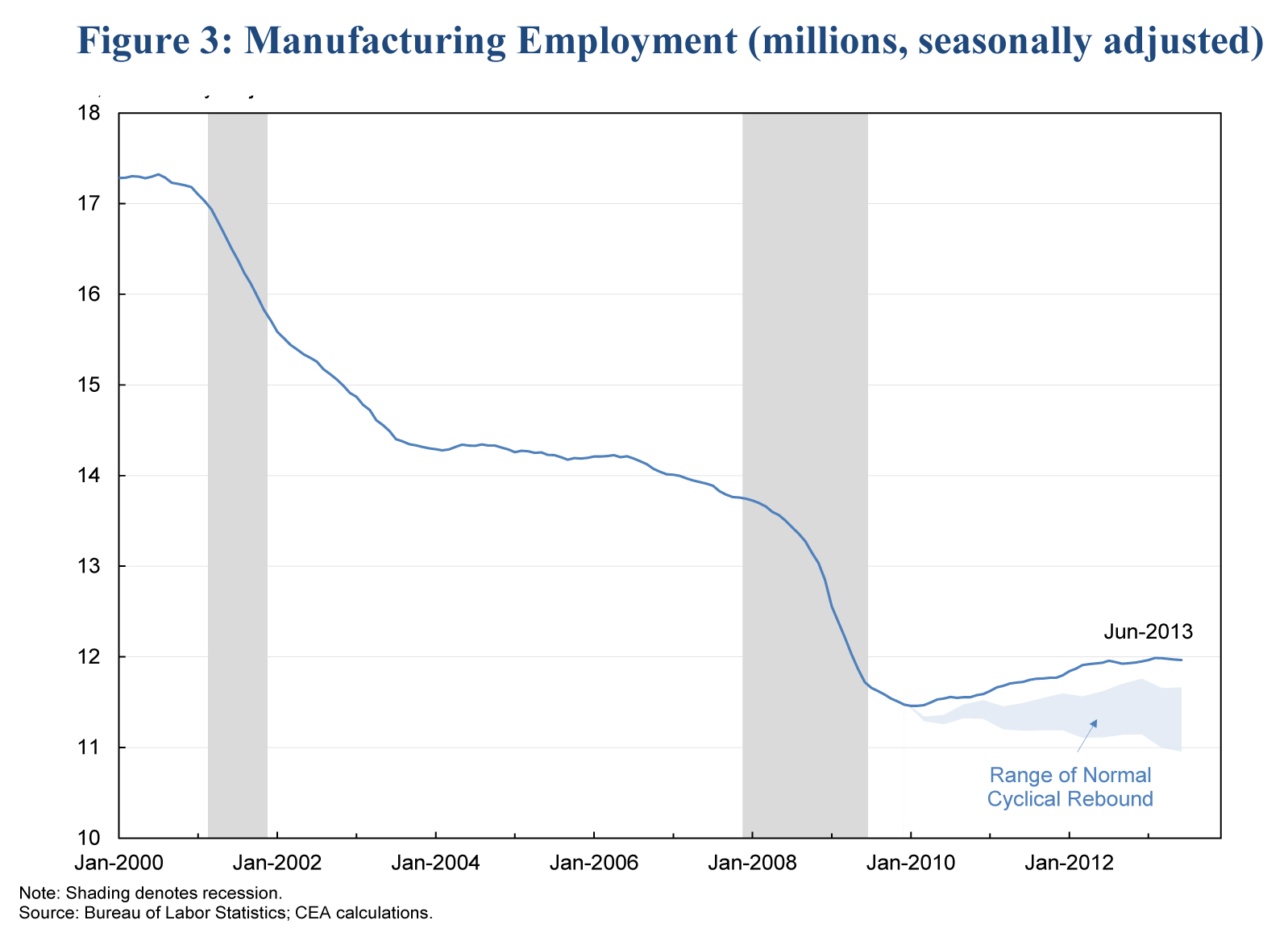 In this respect, Sperling’s chart directly challenged recent reports by Goldman Sachs and Morgan Stanley that have each questioned whether the sector’s performance since 2010 has reflected anything more than cyclical factors driven by a normal post-recession recovery. Those reports each concluded that most of the recent uptick in manufacturing employment and output owes to the usual course of the business cycle. Yet now Sperling—deploying work by Jim Stock of the Council of Economic Advisors—has countered with another analysis and a more positive storyline  By comparing the current recovery to previous recoveries, and graphing both the actual and expected curves of manufacturing-sector employment through the recovery, Sperling and Stock’s line chart shows quite clearly that the sector’s recent performance is exceeding the range of normal cyclical rebound. That implies that there may well be a manufacturing renaissance of sorts in the offing supported by new structural factors such as the convergence of Chinese and American labor costs and the emergence of a U.S. energy cost advantage.

In any event, it is good to have some new analysis on the table, not so much to resolve the issue once and for all as to keep open the debate, and underscore the possibility of renewal if the country adopts the right policies.