Over the past several decades, marriage rates have fallen dramatically in the U.S. Many believe that a shortage of ‘marriageable’ men is the primary culprit. That turns out to be at the very most only half of the picture, as we show in our new CCF policy brief, “Is There a Shortage of Marriageable Men?” If there a shortage of marriageable men, it is only among African Americans and well-educated whites.

The original definition of marriageability, from sociologist William Julius Wilson, was based on the ratio of employed men to all women of the same age. All women of the right age are assumed, under this definition, to be equally marriageable. But this is an outdated assumption, given cultural, economic, and social changes. A high percentage of women participate in the workforce; many have children from a prior relationship.

On only one definition of marriageability—Wilson’s original one, comparing employed men to all women—do we find a ‘shortage’ of men so often lamented in the media. On all other measures, there is in fact a surplus: 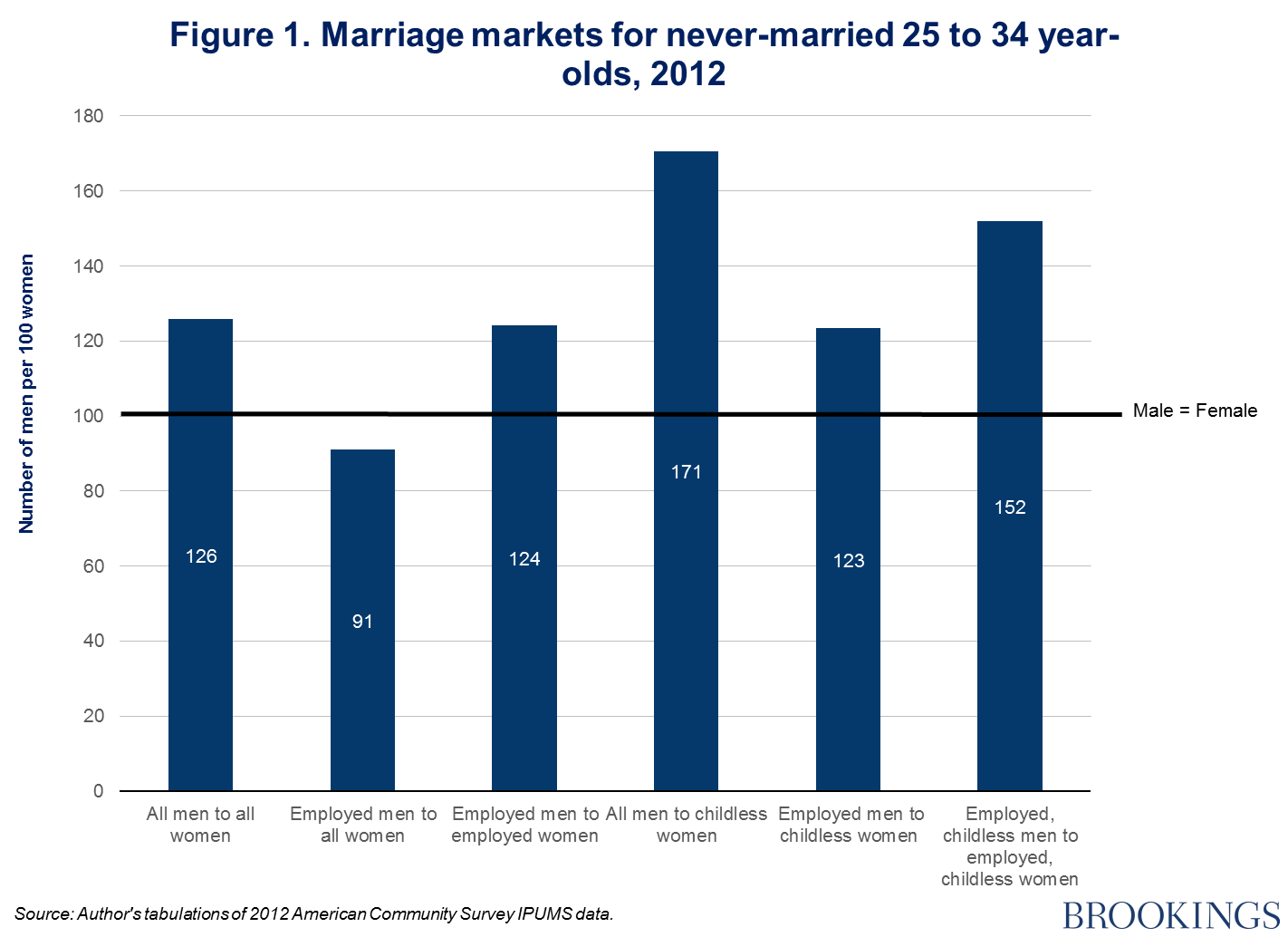 There are shortages of men for college-educated white women…

Breaking down marriage markets by education reveals another surprising fact: college-educated women are those facing the greatest shortage of men. This is the result of women’s rising education levels relative to men: 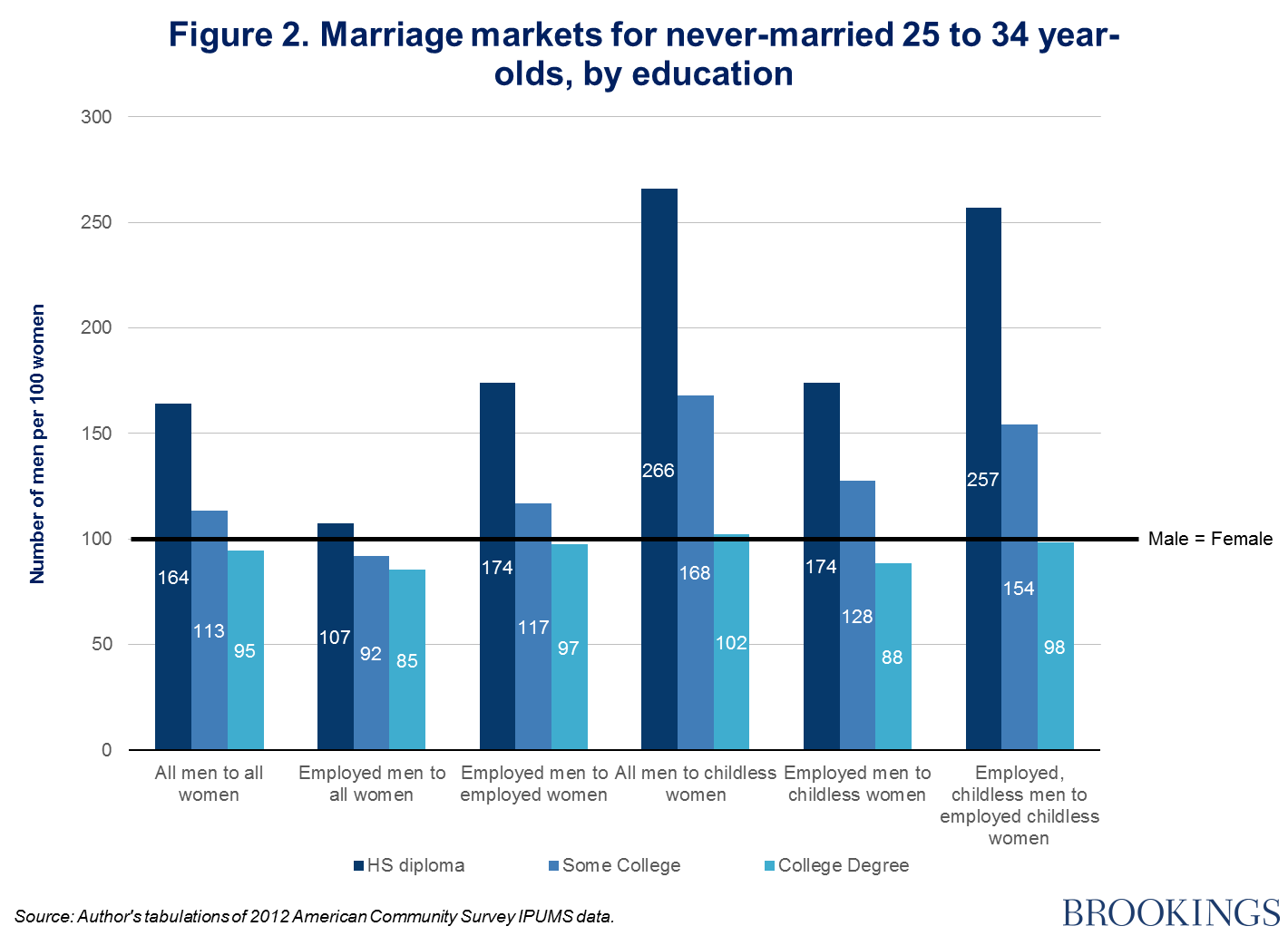 …and for black women

Among black Americans, too, rumors of a shortage of men are confirmed on almost all measures of marriageability. This reflects not just poorer employment prospects for black men, but also very high rates of incarceration and risk of early death: 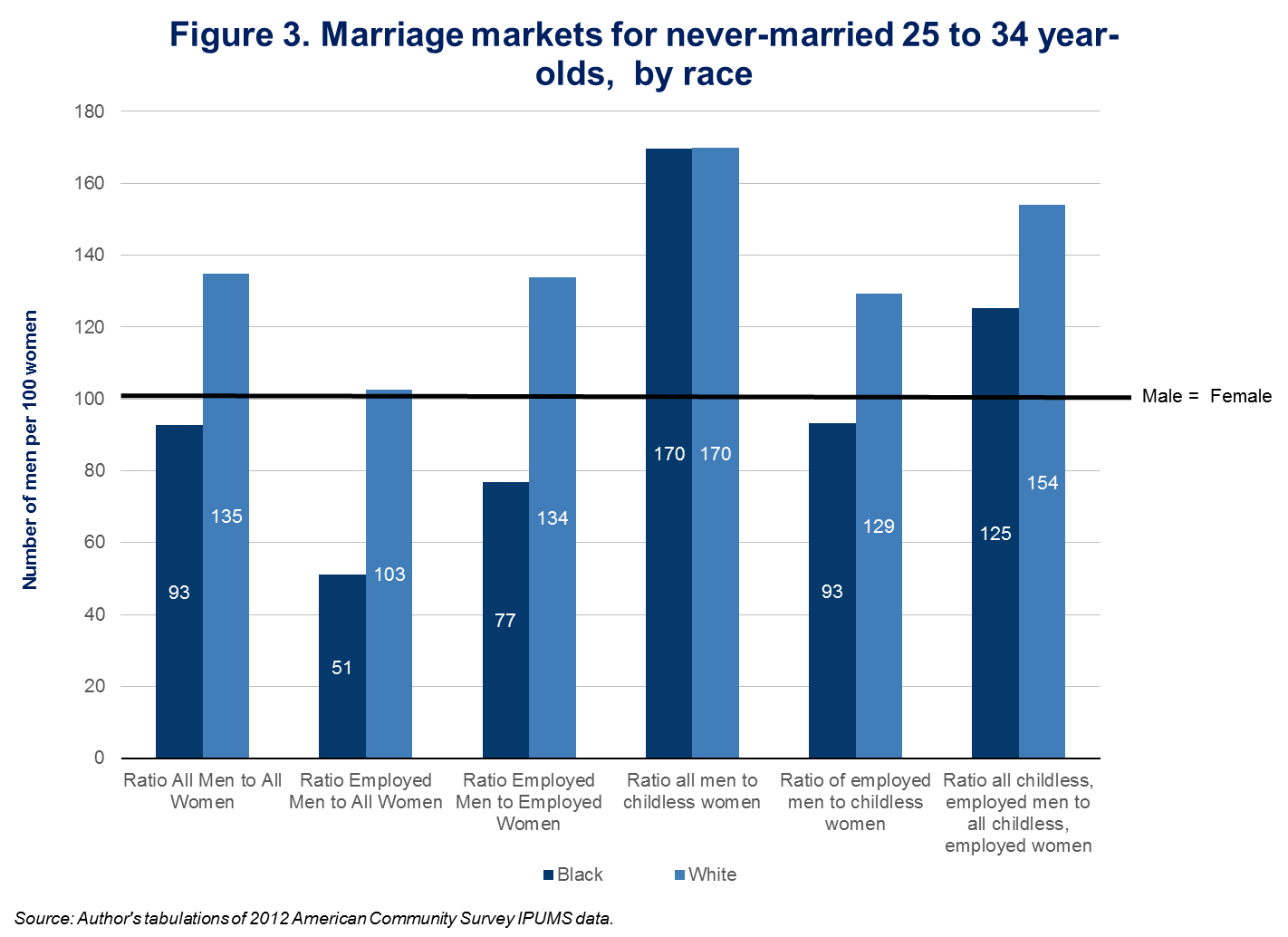 Many scholars, including Charles Murray and William Wilson point to a lack of marriageable men to explain family patterns, especially at the bottom of the labor market. It is an intuitively appealing story, but is too simple. Weakening earnings among less-educated men have played at most a modest role in the decline of marriage. Shifts in male behavior, and the increased economic independence of women, appear to be more significant factors. Marriage has changed. It is time to change our ideas of marriageability, too.