In December 2011, the Obama Administration attempted to show that rising income inequality in the U.S. would lead to diminished upward mobility, using a simplified model to predict the future. It was retired after I demonstrated that trends in inequality and mobility were inconsistent with it. But one month later, the Great Gatsby Curve became version 2.0 of the Administration’s efforts to argue that rising inequality would hurt mobility.

Repurposing a chart that had been years in the making by economist Miles Corak, Alan Krueger arrayed ten countries by their levels of inequality and immobility. Each country was represented as a dot in the chart, and the upward-sloping straight line drawn between these dots indicated that countries with more income inequality have more immobility (less mobility).

By plotting today’s American inequality on the chart and using the upward-sloping line, Krueger projected lower levels of mobility in the future in the U.S.; lower, in fact, than any country currently experiences. (See Krueger’s opening blog post in this series). I have been critical of this line of argument from the beginning.

Correlation does not equal causa—oh wait, never mind, no correlation either

One obvious weakness of the Curve is simple: correlation does not mean causation. Corak himself has said plainly of the Curve, “it is not a causal relationship.” But by taking an across-country correlation and applying it to an over-time question about American inequality and mobility, Krueger implies causality. 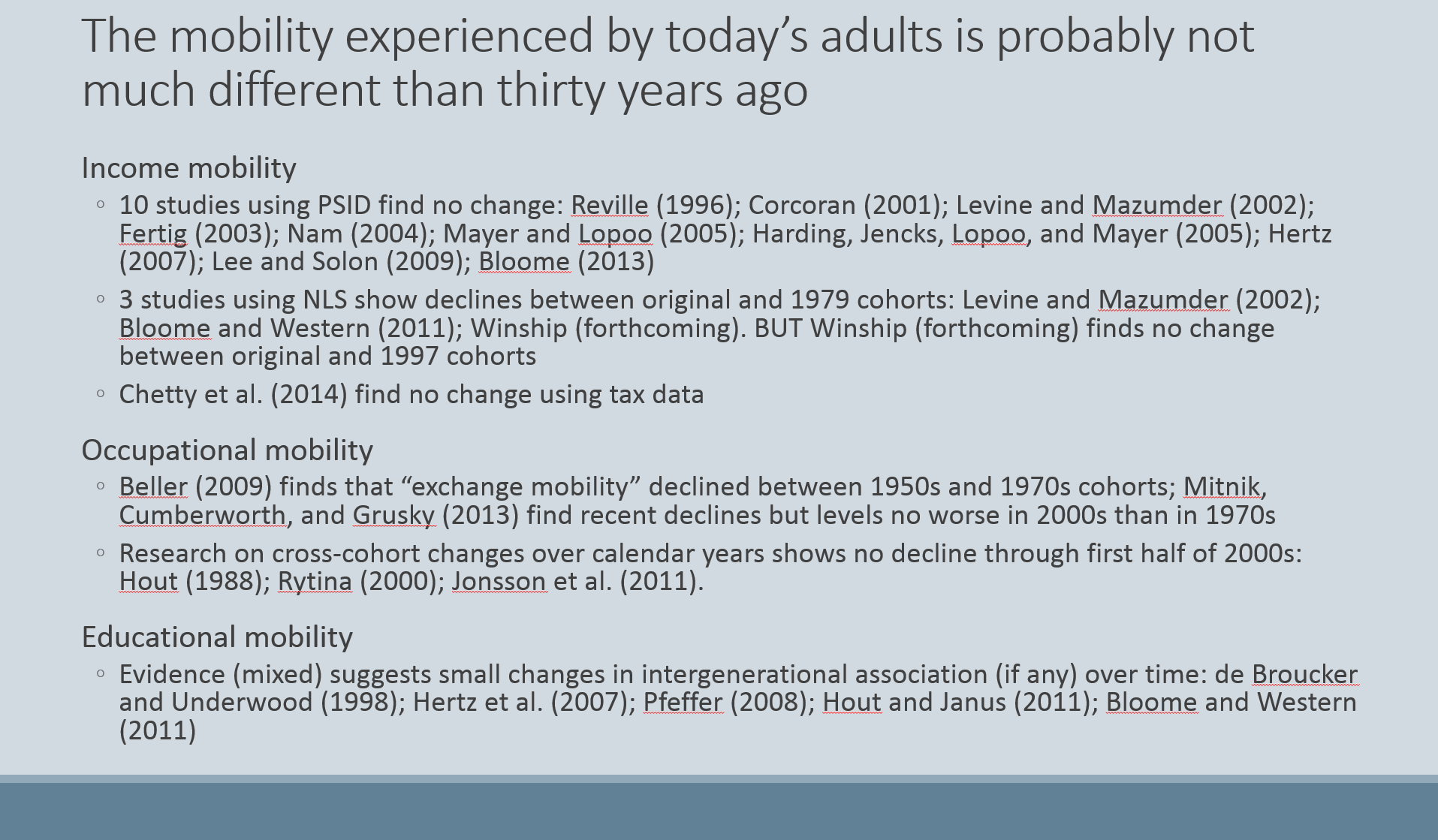 History is against the Curve

Robert Putnam and others argue that rising inequality might hurt the mobility of today’s children, whose outcomes we won’t know for decades. Of course, it might: but by definition we can’t know. However, new research by Raj Chetty and his colleagues shows that mobility did not fall for Americans born between the early 1970s and the early 1990s, a period that both saw inequality rising below the top one percent and income becoming concentrated within the top one percent. Similarly, my own forthcoming research finds that men born in the early 1980s had the same mobility as those born in the late 1940s: 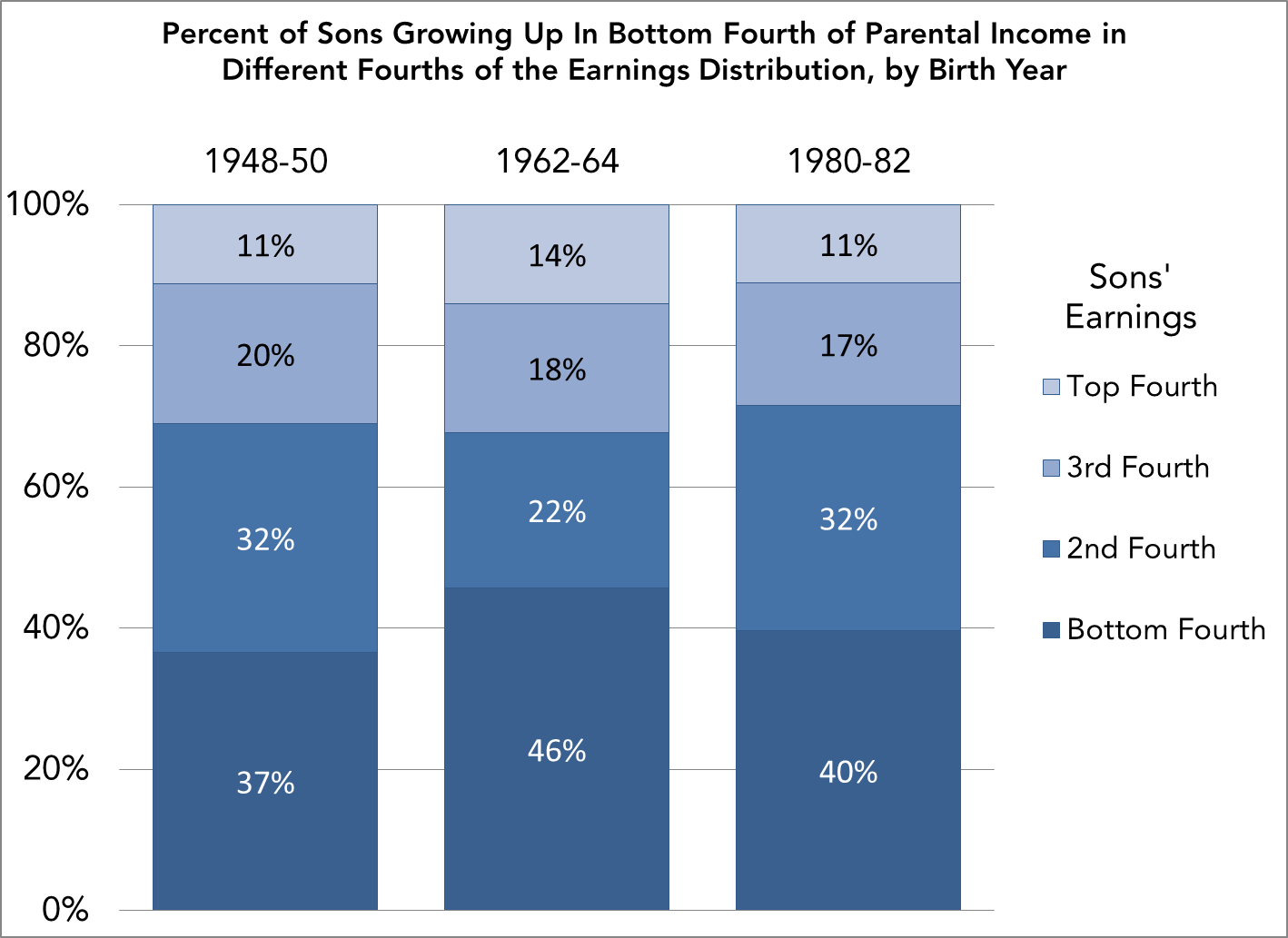 Chetty does find lower mobility rates in American labor markets with greater general inequality. But if one controls for differences between large urban areas and small rural ones by confining the analyses to the 100 biggest labor markets, even this correlation disappears. 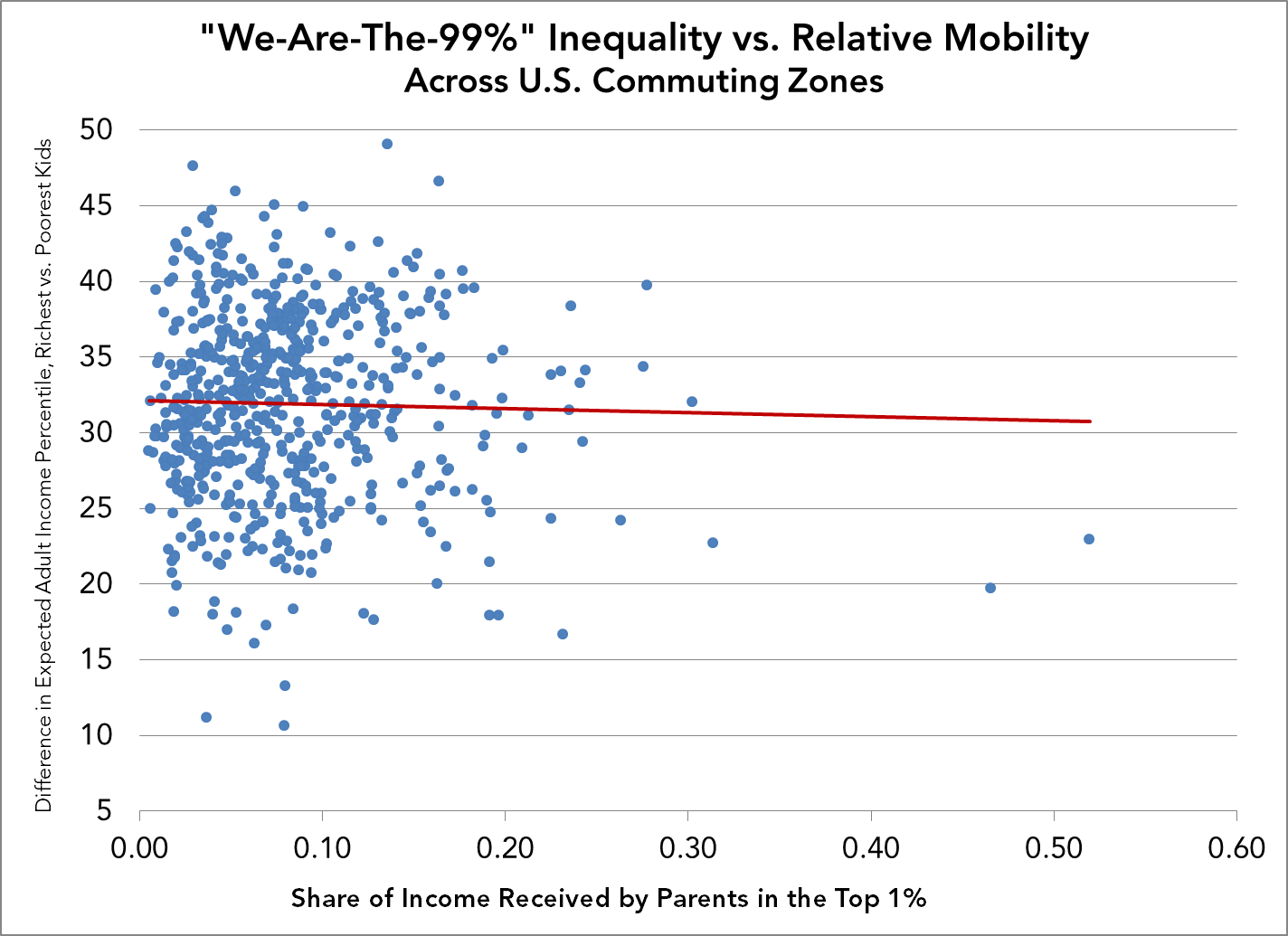 But there is even worse to come. A recent paper coauthored by Corak suggests a fatal flaw in the Great Gatsby Curve. The point is technically complicated, but the short version is that the measure of “mobility” used in the Curve — the “intergenerational elasticity” — worsens when the rate of growth in inequality rises. It is hardly surprising that a mobility indicator that also reflects inequality growth should be correlated with inequality. (See a blog post on these pages for more on mobility measures.) Corak’s new paper uses a purer mobility measure, and it finds that the United States has the same upward mobility rates as Canada and Sweden, despite the fact that the three countries have, respectively, high, moderate, and low levels of inequality. 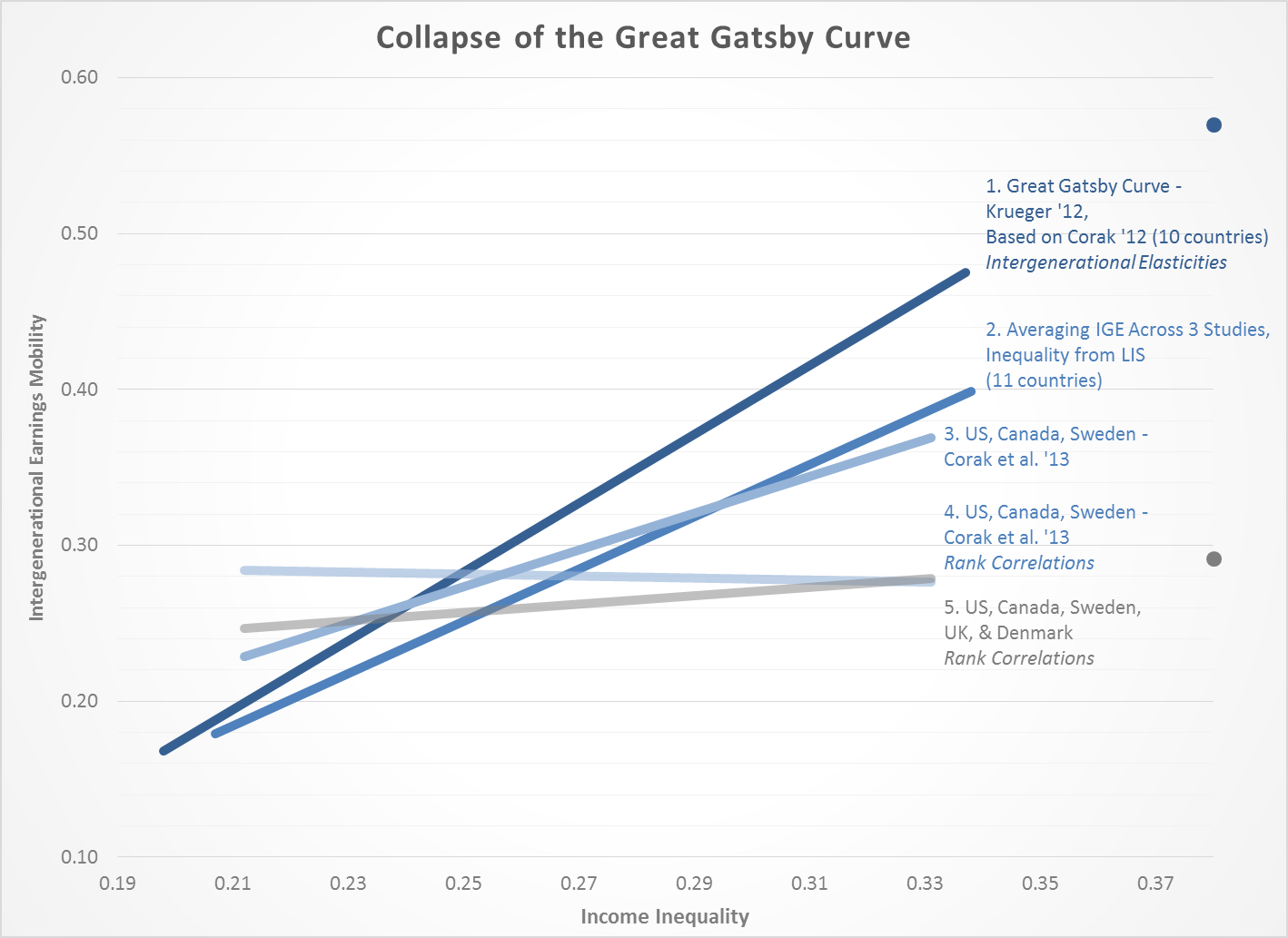